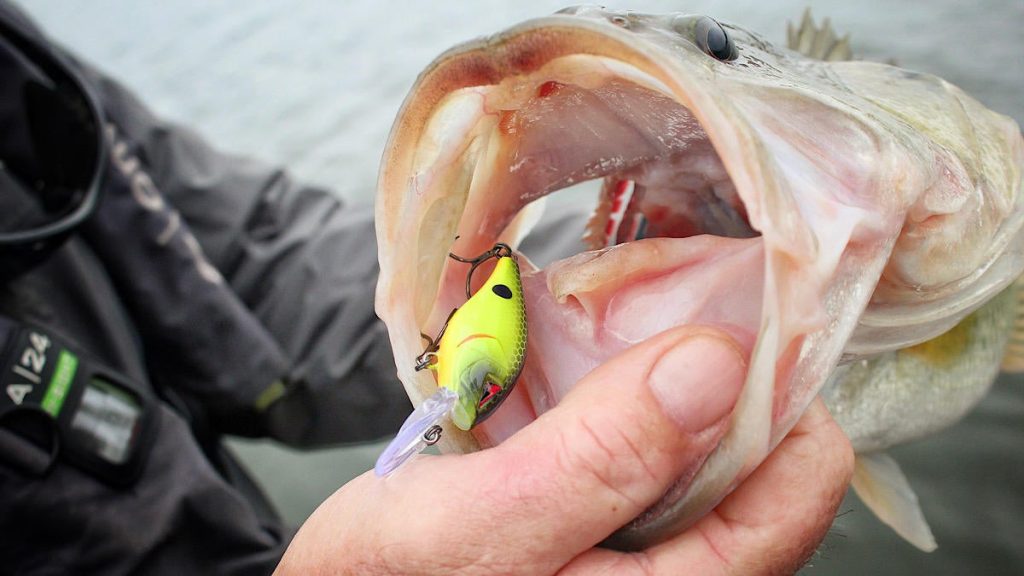 Small crankbaits catch fish year round; that’s just a fact. A lot of people associate shallow cranking with the fall and spring, when fish are shallow in large numbers either feeding heavily on shad and crawfish or preparing for the spawn. But a good number of fish stay shallow in the summer and winter as well and a nice compact little crankbait is a great offering during those seasons when the bass may be a little more finicky due to the extreme cold and heat.

A small crankbait is kind of like a Cheese Puff. It doesn’t matter if I haven’t eaten in days or if I just ate a steak, it’s hard for me to let a Cheese Puff pass by… I’m starting to notice a trend of food analogies popping up in my writing. This dieting may be starting to get to me.

Nevertheless, you get my point. Little crankbaits are a non-threatening little morsel that a fish is very likely to eat given the opportunity. So let’s take a look at one I’ve been impressed by recently. 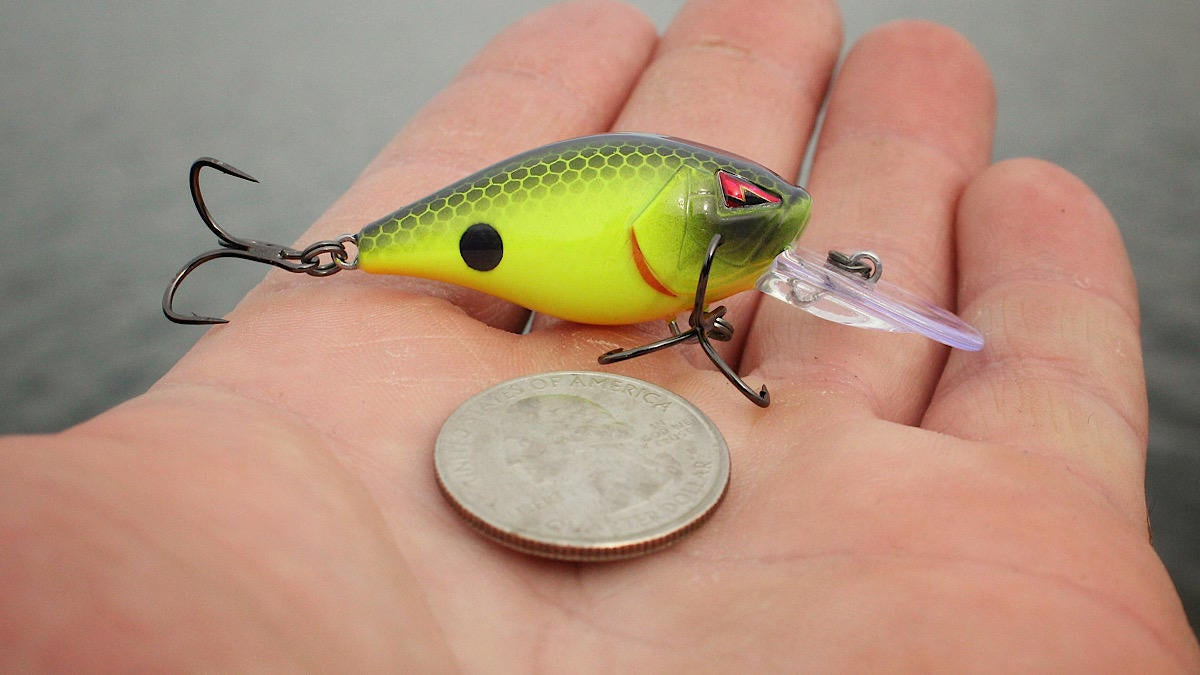 The Team Ark MiniDiver crankbait is a bad little dude for the 3- to 6-foot range. Coming in under 2 inches long and less than 1/4 ounce, it looks like something you’d have to have a spinning rod to throw. And while some anglers will prefer to throw this crankbait on a spinning reel, it’s not necessary. I throw it on my 7-foot medium heavy squarebill rod and am able to get just as good of range with it as I can a beefier squarebill. But that’s not an accident.

Ark incorporated a magnetic weight distribution system where a metallic ball rolls to the belly of the bait during the retrieve for balance, but dislodges in the backcast and loads up in the tail of the bait to make it more aerodynamic and fly farther on the cast. This is slick and something I’ve seen done in a few other high-end baits, but coming in at just $4.99 it’s not something I would have expected Ark to incorporate into the the MiniDiver. This weight transfer system makes the small profile possible. Without it, you’d have a hard time throwing this bait 20 feet. 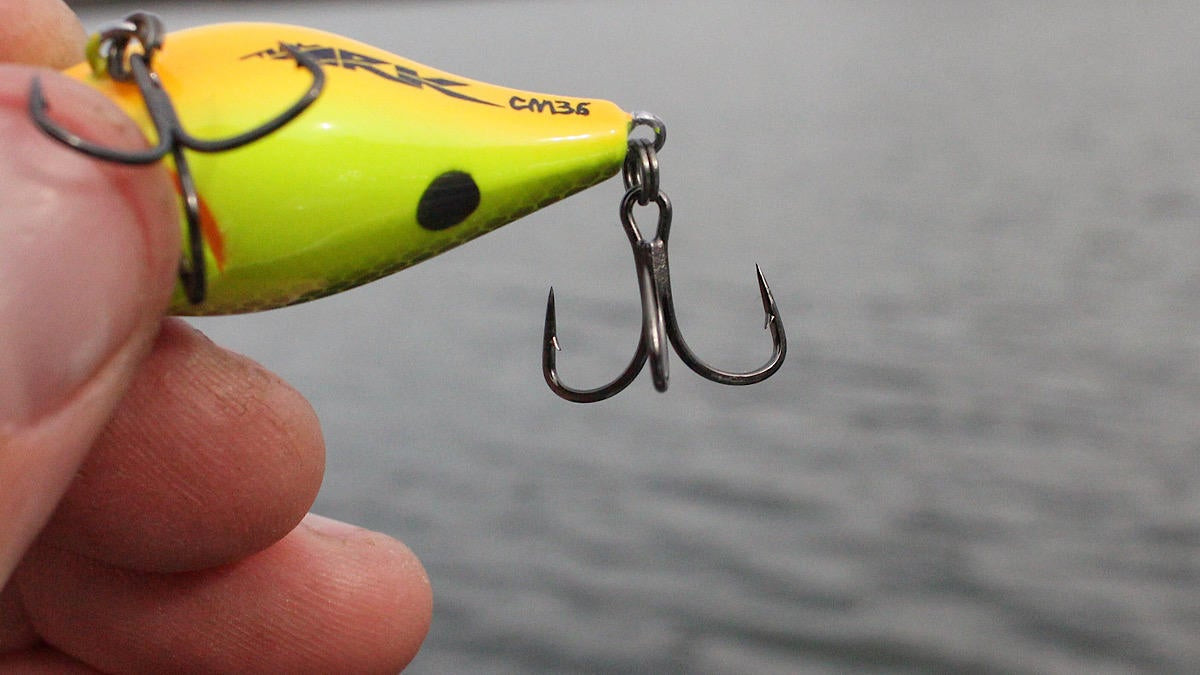 Another nice addition to the bait, especially for the price, is a set of high-quality short shank hooks. The Mustad Triple Grip Treble Hook is considered by many anglers to be the absolute best treble hook on the market. I’d have to say I tend to agree with that consensus for a lot of baits. Some baits I still prefer a round bend on, but quite often I’ll find myself swapping out the stock hooks that come on a bait for Triple Grips. That presents two problems, however. It’s a costly venture and a tedious task, especially when dealing with small crankbaits with small split rings.

You’re looking at around a dollar per hook on average to swap over to the Mustad Triple Grips. So the bait coming with them and you only having to pay $4.99 is pretty ridiculous. You’re talking 3 bucks for this bait without the hooks and it’s better than some of the high-end Japanese baits that sell for $20 and $30. Now that’s just my opinion obviously, but one I’d bet you can’t debunk. And you’d be remiss not to try for such a reasonable price.

Runs great, through most anything 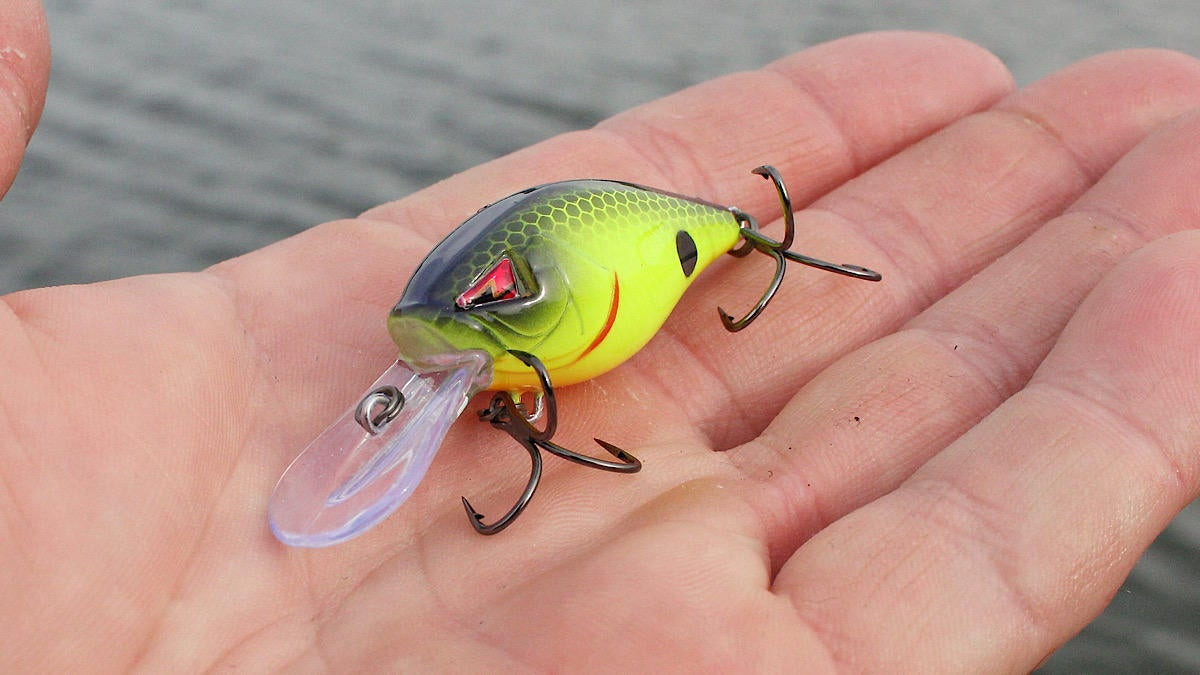 I have been impressed by this bait. It digs down to its max depth quickly and runs true straight out of the box. A lot of crankbaits, especially small ones like this, require a good bit of tuning. They’ll almost always list to one side or the other at least slightly and then you’re playing the game of bending the eye of the bait ever so slightly to try to correct its fault. But if you over correct, your bait will be doing circles as you reel it in biting your tongue to stave off a cussing fit.

This is not something I’ve had to worry about with the MiniDiver. It’s a true running crankbait and feels pretty durable, to where I don’t think it will easily get knocked out of line. It comes through cover really well. It’s a great bait to drag through the ends of laydowns, across shallow gravel points and down riprap banks. It’s a really good shallow crankbait for all seasons and in all types of cover. 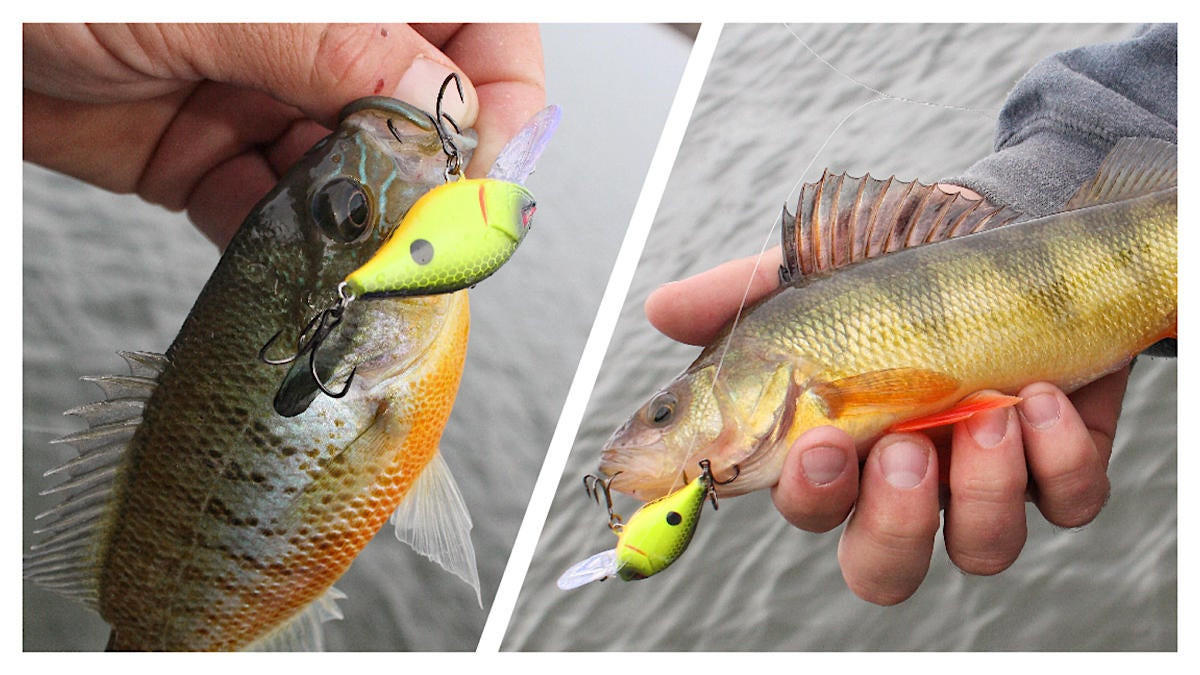 I’m a hardcore bass guy. That’s really all I care about pursuing. At the same time though, I’m not going to get mad at anything that chooses to stretch my string. Getting a bite and feeling a tug is really all fishing is about at its core; that anticipation and excitement. And this little bait gets bit by everything.

I haven’t caught a crappie or a catfish on it yet, but I’m sure it’s just a matter of casts before I get it in front of them. This bait is such an easy meal for so many species that it keeps your attention well. This isn’t a bait that you pick up and fish all day hoping to get five bites. You’re going to get bit throwing it, period. So it’s a fun bait to fish, especially for a novice angler without a lot of skill. If you’re taking someone fishing for the first time and you don’t want them to get bored, you can tie this thing on a spinning rod or a Zebco and turn them loose. All they have to do is reel and wait a little while. 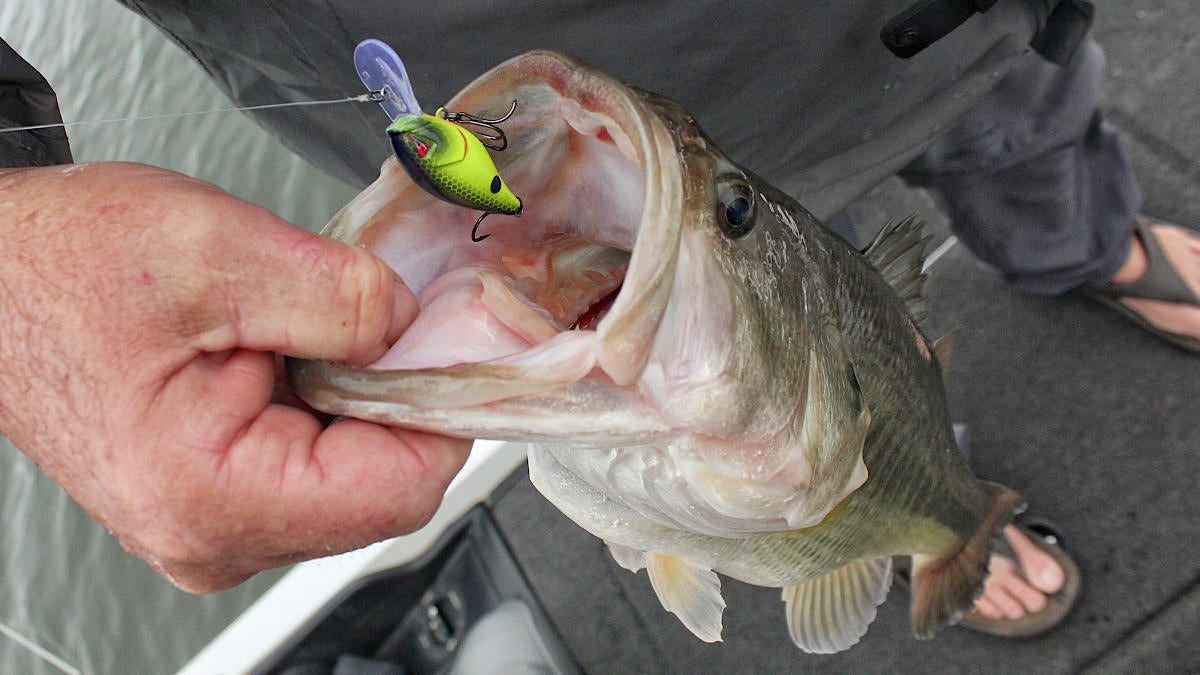 For $4.99, I expected a lot less. I didn’t expect $2 worth of hooks, that’s for sure. I absolutely didn’t expect a weight transfer system at that price. And I wouldn’t have been surprised at all and really not even upset if I would have needed to do some tuning with this bait. Instead I stumbled on a killer little crankbait that I would have paid $15 for. A crankbait that I will be buying more of and one that has piqued my interest in Ark’s entire lineup of hard baits, which I admittedly hadn’t tried up until this point. But they have a new fan in me now on account of the MiniDiver.

You can find the Team Ark MiniDiver crankbait here.