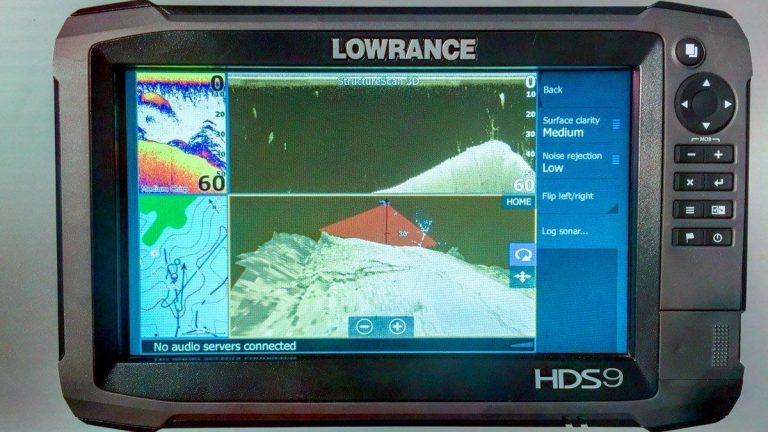 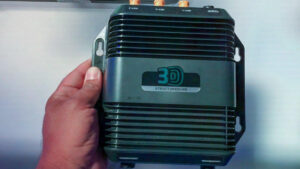 The new Lowrance 3D Structure Scan can give you a high definition super wide interpretation of the data you see on traditional side and down with much more detail and fish separation than ever before with SelectScan Target Identification. And the extensions from that will be even more practical for fishermen world wide. The whole system will be $999 with a new transducer that will replace your old side/down scan transducers.

The new GoFree Hooked application for smartphones and tablets allows you to record fish catches with logged information and have them upload to your GoFree account and back to your Lowrance units to keep track of where you are catching fish on your Insight Genesis Maps. It also offers a cool feature to challenge buddies to a tournament where only the anglers you invite will see your catches and pictures and you can compete on the water with logged catches with your buddies for fun.

The Hydrowave Mini now comes with species specific offerings where you can get the Hydrowave baitfish sound technology catered to the species you pursue the most.

The Hydrowave H2 and Hydrowave Mini went through structural overhauls to make the nearly indestructable by the elements. These units were in water for more than a month, then left outside in 100 degree temps for weeks in windy sandy conditions and then put back underwater to prove the durability of the improvements to the existing lines and new lines. 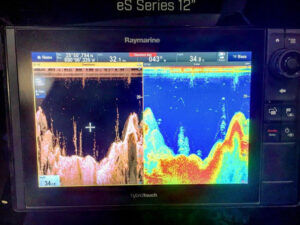 Raymarine is making big waves in the electronics arena with their new eS Series units that offer incredible DownVision and traditional 2D sonar and GPS mapping in a big unit that can be completely flush mounted or bracket mounted and offers hybridtouch and button controls for a multifunctional master display for your boat.

We were impressed with strength of the Raymarine mounting brackets and the all metal design of the backs of the units. 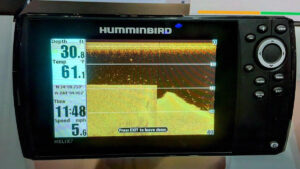 These new units will sell like hot cakes we predict. For $699 an anglers gets a 7-inch unit with Down, Side, 2D Sonar, GPS and Mapping card ability in a single unit. They won Best of Show for Electronics. 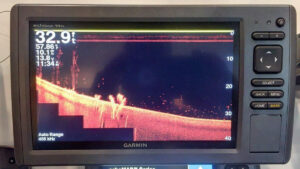 The new Garmin Echomap SV units offer a lot of functionality at affordable prices with traditional 2D sonar, GPS, mapping, DownVÃ¼ and SideVÃ¼ in the larger model. There are 4 models ranging from $999 to $1,299. 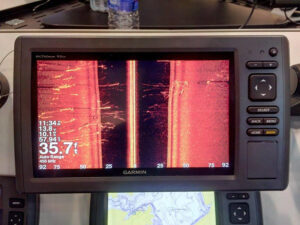 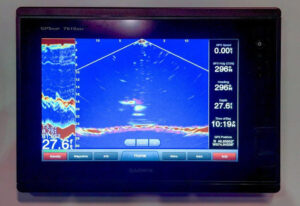 This forward looking sonar can actually read just like a sonar except in reel time with millisecond updates so you are seeing your lure move live on the screen and seeing fish interact with and you can look down and forward and pan around with trolling motor to look out around you in realtime. The technology is impressive to see in person.

You can set them up differently to look forward at 45 degree angles or down to watch your lure and fish in cover vertically.