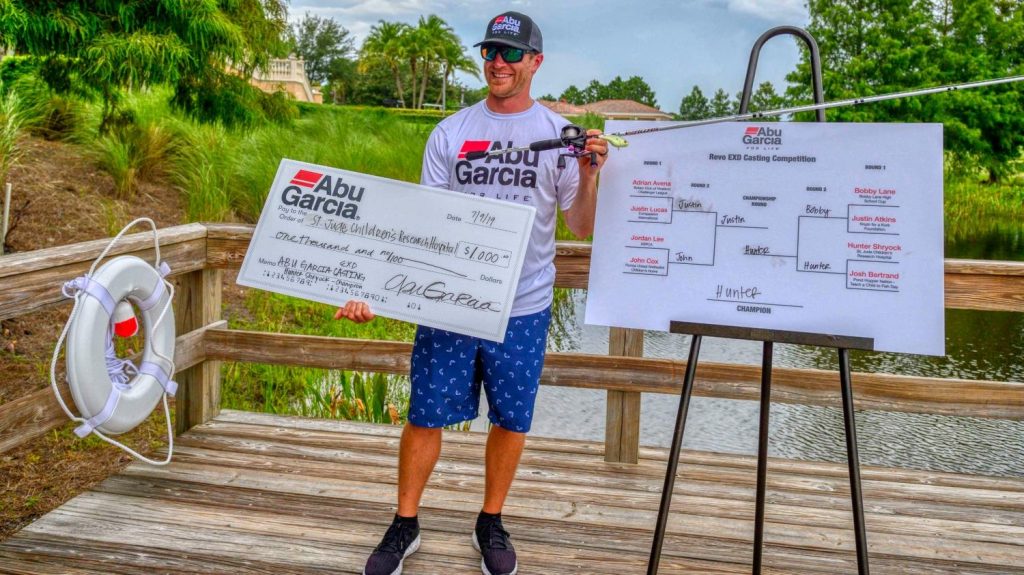 To celebrate the launch of the new Abu Garcia EXD reel at ICAST, Abu Garcia gathered eight bass anglers from its pro team to compete in an extreme distance casting contest. In a head to head bracket style competition Abu Garcia pros competed for a prize of $1,000 to their charity of choice.

Round one of the bracket pitted Adrian Avena vs. Justin Lucas, Jordan Lee vs. John Cox, Bobby Lane vs. Justin Atkins and Hunter Shryock vs. Josh Bertrand. Coming out of the first round, Lucas, Cox, Lane and Shryock were able to go the distance and out score their competition. Lucas and Shryock went head to head in a heated battle to claim the championship, and Shryock used the new EXD to play to his strengths and came out the winner.

“Competing against the other guys was a blast and I was able to cast nearly 100 yards with the new EXD reel,” said Hunter Shryock. “The EXD is tremendous when it comes to long distance casting â€“ I’m able to cast further than ever before with unmatched accuracy.”

Designed to provide anglers with maximum casting capabilities with any bait in their arsenal, the Abu Garcia Revo EXD Baitcasting Reels deliver unmatched casting distance. The EXD has a total of eleven high-performance bearings, including two custom EXD bearings on the spool shaft, along with an extremely lightweight machined EXD finesse spool providing low start up inertia making it easier to cast lighter weight baits.

The anglers competed against one another aiming at floating targets positioned at 60-, 75- and 80-yards. Shryock took the championship and won $1,000 for St. Jude Children’s Research Hospital. 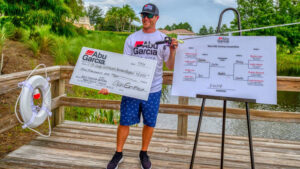