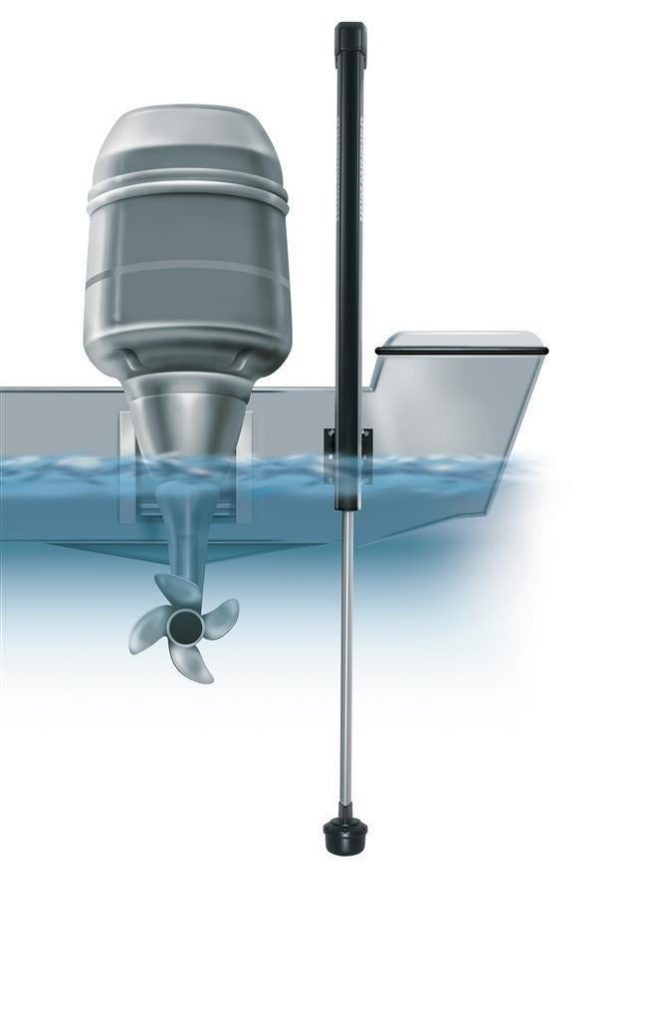 Humminbird ® is launching an exclusive sonar accessory that will give anglers detailed 360 degree views. The unveiled it today at the Bassmaster Classic media day.

Humminbird’s 360 Imagingâ„¢ provides a complete around-the-boat, underwater image. With a single sweep, 360 Imaging has the ability to cover a 300-foot diameter circle (70,685 square feet). The module is deployed like a Talon or a Power Pole behind the boat and an angler can sit stationary and scan for cover, structure and fish in   a complete circle around the boat. Kevin VanDam has been testing the units with Humminbird engineers and mentioned that they saw a fisheries truck dump a bunch of catfish and gar into the Red River and could see the fish signatures on their 360 imaging.

“Think of the advantage a tournament angler will have being able to see what’s in front of the boat without spooking the fish,” said Jeff Kolodzinski, brand manager, Humminbird. “Also, for the first time ever, an angler can have their boat in a stationary position and receive updated underwater images from around the entire boat. They could even see bait balls or fish swimming by.”

Anglers have numerous options when viewing 360 Imaging.   They can view the entire circle or break it down in segments. For instance, they can select just to see what’s in front, back or either side. Split screen viewing is also available so the image can be displayed with a chart or traditional SwitchFireâ„¢ Sonar.

“We are taking a giant leap forward with the most state-of-the-art sonar technology on the market,” said Kolodzinski. “For competitive anglers especially, getting the best image possible of fish location is critical. With 360 Imaging, anglers now have a whole new world opened up for them. Anglers have been asking for this kind of technology for years and now they finally have it.”

The 360 Imaging accessory includes a Transducer Deployment System (TDS) that attaches to the boat transom or jackplate. TDS lowers the transducer below the bottom of the boat and outboard to ensure an unobstructed underwater view. For the sharpest images, 360 Imaging can be used when stationary or trolling up to 7 miles per hour.

This sonar accessory is exclusively compatible with current Humminbird Side Imaging-equipped models that are Ethernet-capable. The suggested retail price of Humminbird’s 360 Imaging is $1,999. Availability is expected later this summer.

Here are some other key features of Humminbird’s 360 Imaging accessory:

Ability to mark waypoints anywhere on the 360 Imaging screen

Specific area can be selected and zoomed in on

We’ll post more about the new technology over the next few months. Several anglers were talking about it today at the media reception.