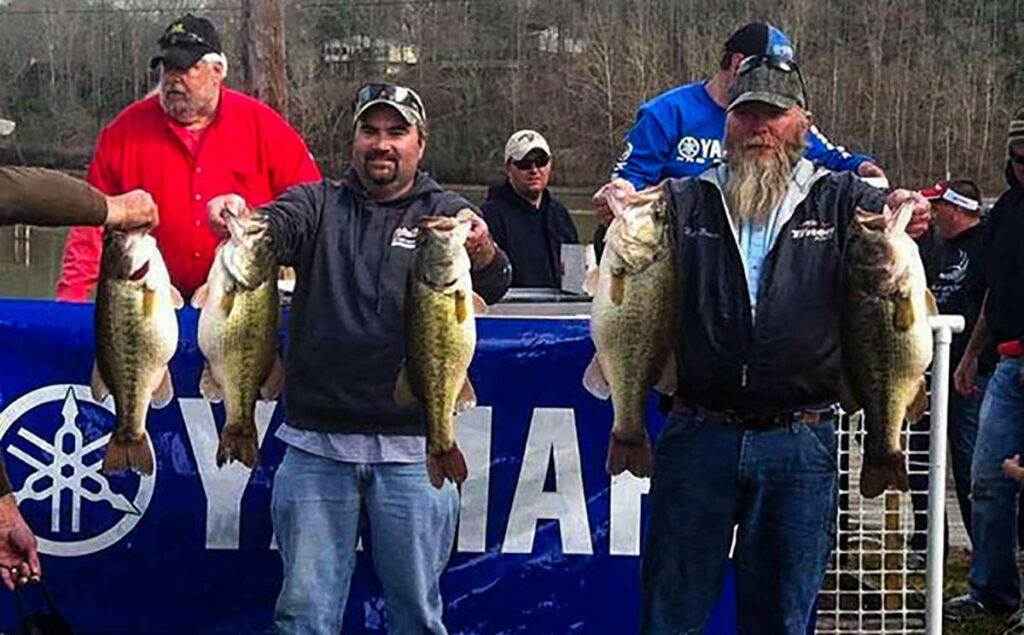 Rogne Brown has made quite a name for himself and for Lake Chickamauga. In the last month he’s won a few tournaments with two of those wins coming on the backs of a 44-pound limit and most recently the BFL tournament record of 40 pounds, 14 ounces. We’re trying to verify the record as FLW lost all records before 1996 in a fire, but most seem to think it’s the all-time single day BFL record catch.

What’s his secret? Well apparently it’s a perfect storm of stunned and easily consumed shad, cold weather prolonging a staging pattern for the bass and of course an flourishing fishery in Chickamauga. Local biologists are calling “The Chick” extremely fertile right now in terms of forage and foilage. The lake is full of grass, full of shad and apparently full of big bass. Some are calling it the hottest lake in the TVA chain although Guntersville, Pickwick and Kentucky haven’t been too shabby in this prolonged winter spell.

Brown has done most of his damage on a Hog Farmer umbrella rig, tipped with Big Bite Baits Cane Thumpers fished on 80-pound Sunline FX2 Braid. He’s fishing river bars that top out in 5-6 feet of water with scattered stumps with quick access to deep water nearby. That same recipe seems to be working on lakes like Kentucky and Pickwick as well. 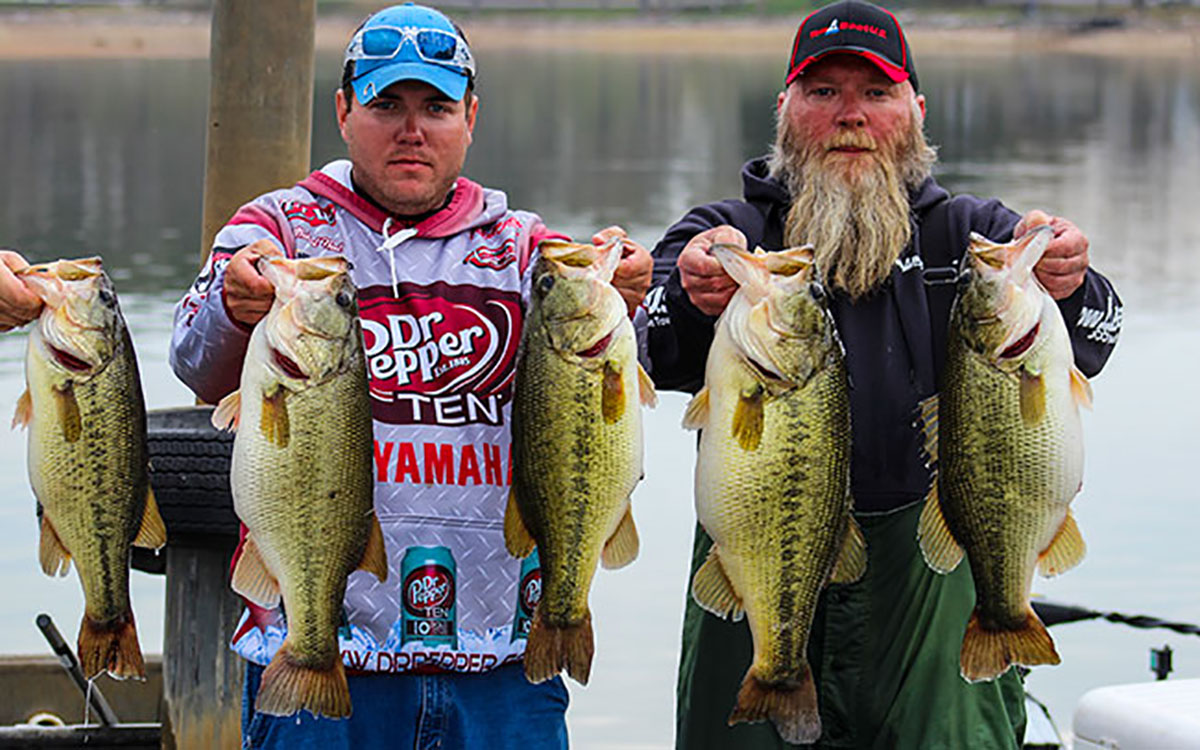 When asked how long this will last on stage this past weekend, Brown sounded sure that the warming weather coming would put an end to his reign of terror on the lake. “I was afraid it was about to be over when it warmed up a week ago and the bite got tough. But then we had another cold front and it picked right back up. I think when it finally decides to warm up, this will be over.”

Still an amazing run on an amazing fishery. How good was the BFL on Saturday? FLW Tour pro Wesley Strader fished it and came in 4th … with nearly 29 pounds. Two 30-pound limits and a nearly 41-pound topper. That’s awesome pretty much everywhere. BFLs have had a lot of great catches this spring already. Hop in one near you and check it out!

Click here to read about Brown’s 44 pound catch a few weeks ago. 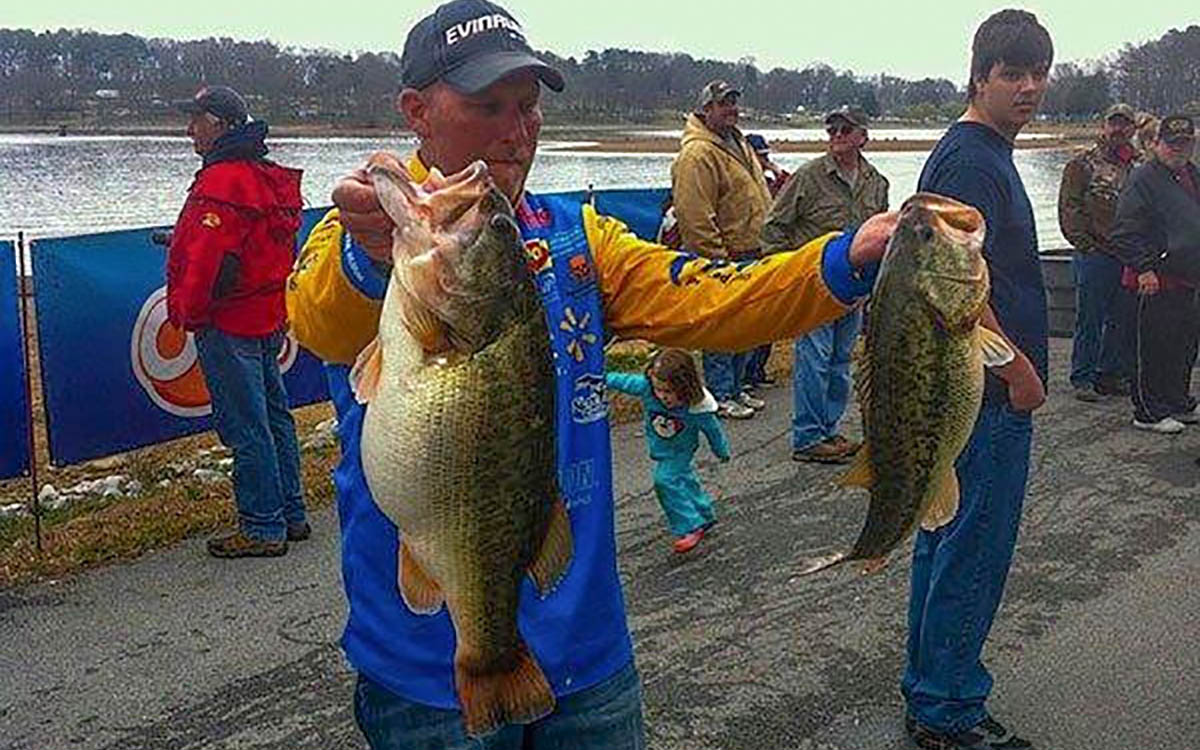