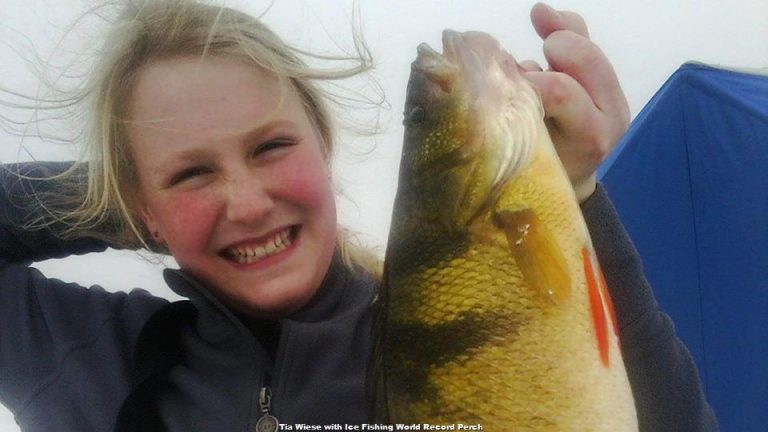 Tia Wiese and her father Gary took a trip ice fishing on March 1, 2014 to Lake Cascade near their home in Eagle, Idaho. Yellow perch is one of the most popular fish for ice fishing folks and 12-year-old Tia caught one for the ages.

Tia and her father set up tip-ups on Lake Cascade that morning and when her’s went up the line started screaming off the reel. She was able to land the jumbo yellow perch, the largest she had ever seen. Little did she know it was the largest anyone in the state of Idaho had seen. Her 2-pound, 11.68-ounce perch not only set the Idaho State record, but this week it was confirmed as the Ice Fishing and Tip Up Tackle world record, the largest taken on that type of tackle.

The all-tackle world record is still 4 pounds, 3 ounces for Yellow Perch and was caught in 1865 in Bodentown, N.J. Her catch however is bigger than 31 states’ record-holding perch. A proud moment for anyone, but especially for a young angler. Way to go Tia!

Check out this article for a few more details on her catch.