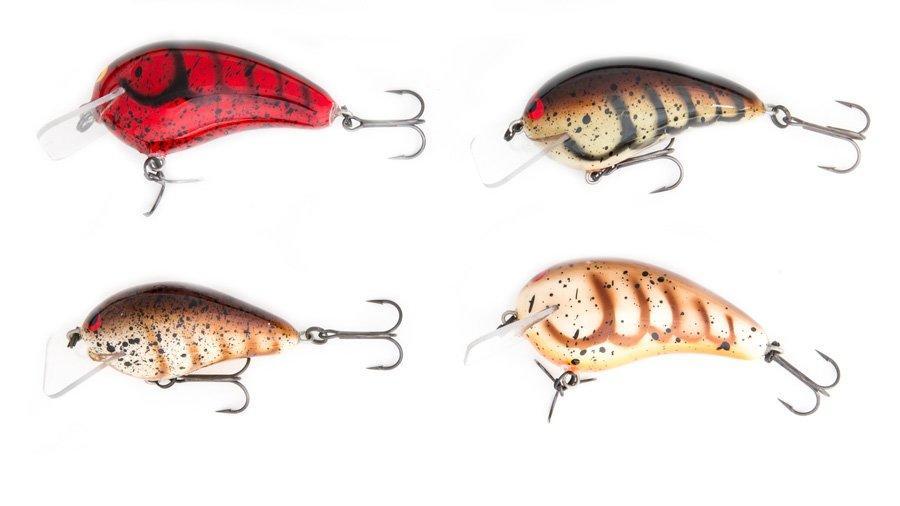 There are some anglers that are just like EF Hutton. When they speak, I listen. I put Pedal, Miss. pro Cliff Pace at the top of that list. His ability to see the little things and put them into practice helped him win the Bassmaster Classic a few years ago. It can be very minute, like a few strands of a jig skirt or the angle of a weed guard, but to Cliff, it’s a difference maker.

While attending the Bassmaster Classic a few weeks ago I ran into Pace at the V&M Baits booth. We talked fishing tweaks and the topic quickly turned to his new Black Label Baits. He has several models, but my eyes immediately dialed in on his Black Label Ricochet square bill crankbait.

“I have spent hours and hours on each of these baits,” Pace said. “When I was out of commission last year with my broken leg, I still wanted to be busy, and Black Label was the result of that desire.”

Living in the Midwest, where jigs, plastics and spinnerbaits are king, I am a big believer in the power of square-billed crankbaits, especially early in the year in cold water. In spring they are essential as bass move shallow in preparation for the spawn but are even more effective when they begin to stage. Fish will position near a creek channel swing that approaches a south facing spawning pocket and a small piece of rock or wood there can be the mother lode. Staying on the water and utilizing a square bill this time of year allows me to cover water more effectively too.

Adding another square bill to the tackle box seems like overkill to some, but I believe that a toolbox must have all the wrenches. Each tool is used for a certain job, and Cliff’s new creation was designed to be fished in heavy cover, a rare trait, and is made from balsa wood to float a bit higher and quicker.

The Ricochet was designed by Pace to be run slowly enhancing the wobble. The Ricochet reminds me of fishing the old Bagley Killer B1 square bill shallow diver. Pace worked with master crankbait designer Lee Sisson, who helped design Bagley’s, on replication and body characteristics of the Ricochet.

Jason, Walker and I have been throwing this bait a lot on big blow downs and paralleling rip rap this spring and the fish love it. We have all fished both the 2 Â½ inch model as well as the 2 Â¼ inch model, and they both cast exceptionally well on Seaguar 12-pound test fluorocarbon AbrazX line. The Standard Ricochet weighs 1/2 ounce and the Junior weighs 3/8 ounce. The crankbaits do not rattle. But Jason caught some 6 pounders on it in extremely muddy water this spring worming it through laydowns.

It’s one of the most impressive crankbaits we’ve seen in shallow cover. It’s amazing how well it will crawl over every limb in a laydown without getting snagged. The weight allows you to roll cast it precisely in tight and heavy cover.

Being old school I really like the action of balsa and believe there are times when they bite it better than any other material. I like using a 6.4:1 reel and a medium-heavy graphite rod during this time of year. A little stiffer rod allows me to drive the bait more effectively and also allows for better hook ups along the trunk and in the tops of trees.

I used to wear the paint off of a Killer B but see the new Black Label Ricochet getting even more time on the water. My favorite colors include brown craw, neon shad and chartreuse illusion.
Cliff Pace has a real winner with these new crankbaits. You can find the Black Label Ricochet crankbaits at Tackle Warehouse.