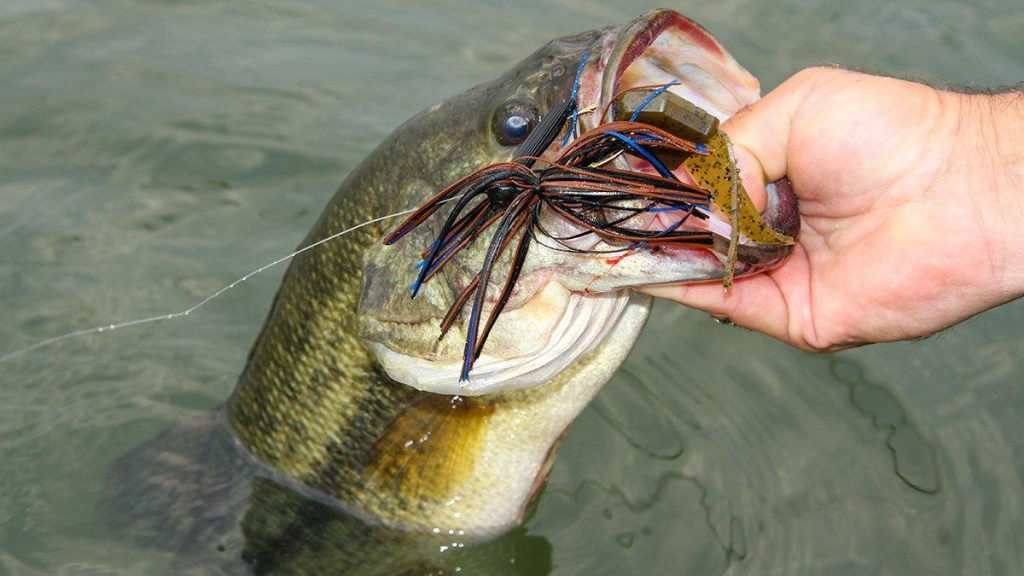 Towing a boat all over the country for professional bass fishing tournaments, Jason Christie has become intimately familiar with U.S. highway system — a mindset that carries into his fish location strategy. Specifically, he leverages the logic of seasonal migration routes for bass to keep ahead of their movements and ensure that he always has fish coming to him.

“You have interstates, you have state roads, you have county roads and then you have driveways; your main traffic is on the interstates and your state highways. It’s the same way with these fish migrating. 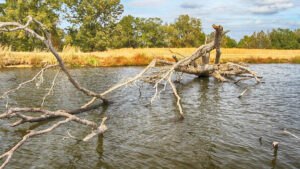 Applying this to the prespawn movement, Christie said he wants to find areas that give fish the favorable combination of shallow water feeding and warming access, with deep water proximity. Points are a classic prespawn option, especially those secondary points inside a creek arm or pocket. Even more specifically, Christie likes a point with an abrupt drop into deeper water.

“Prespawn is a perfect example of how these fish will go shallow and pull back when it gets cold,” he said. “That’s why they’re going to hang around places that give them options of depth and structure.”

Another example: On a shallow reservoir where the lack of significant depths limits the prespawn option, Christie considers laydowns one of his best prespawn targets.

“The trunk might be in 2 feet of water, but the outer branches might reach all the way into the creek channel,” he said. “In the colder days, the fish will be out around the end of the tree, but if you get a warming trend, they’ll move up shallow around that trunk. This can change during the course of a day, so you have to know where those fish want to be, based on the conditions.

With these and other scenarios, Christie knows that prespawn success requires that you not only identify key staging areas, but apply an advance-and-fall back strategy that consistently keeps you on the receiving end of this seasonal movement.

Whether he’s cranking, twitching a jerkbait or dragging a jig, the Oklahoma pro wants to fish spots to which fish are coming, not those from which they’re departing. 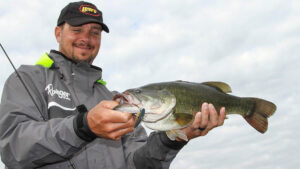 Not sure on the fish’s timing? Check out their paint job — it’ll often clue you in on the when and where.

“The best advice I can give is to really look the fish over when you catch one,” Christie said. “Those big, fat prespawn fish tend to run in schools. They’re heavy feeders, not like those skinny bank runners.

“If you catch a fish and it’s pretty pale, there’s a good chance it just got there and there will be more coming. But if you’re up there on the bank and you’re catching fish that are dark because their bodies have adjusted to deep water, that tells you that they’ve been there a while and they’re probably getting ready to make their next move.” 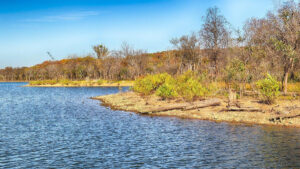 Taking all this into consideration, Christie suggests remaining aware of the return trips. The same folks you ran into at that convenience store a week ago, might smile at you again a week later.

“Timing is critical because these fish move in waves,” Christie said. “You may find a spot with no fish there, but a school of fish moves in and you work on them for a couple of days and then they’re gone. Five days later, another school moves in and you’re right back in the same scenario.

“But then you go vacant for a couple of weeks and then you catch those same schools coming back to the lake.”

Once your fish have spawned, return to those key fall-back spots and, once again, you’ll have the action coming to you.

For these staging areas a lipless crankbait, jerkbait and jig can be hard to beat. As they get more into cover shallow crankbaits, spinnerbaits and soft plastics become more of his staples for lure choices. 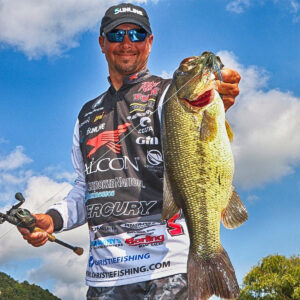