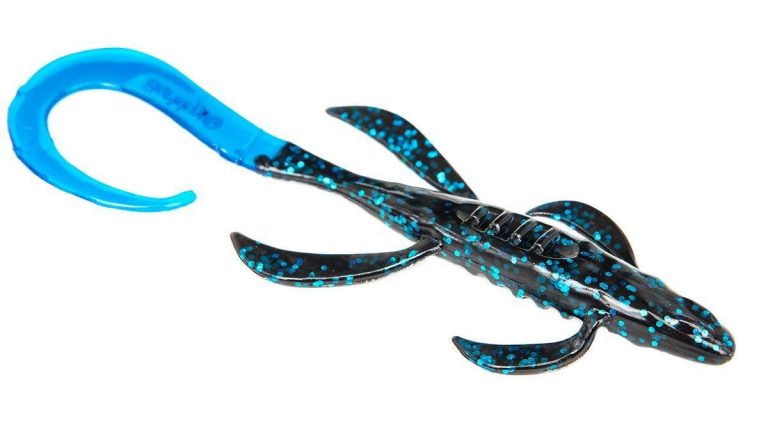 Contrary to popular belief, soft plastic bass fishing baits don’t have to be covered in crazy appendages in order to be effective. When you walk down the aisle of your local tackle shop, it almost seems as if the more simple-shaped baits are becoming the minority these days. While innovation is awesome, I don’t think we should lose sight of the simplicity of our sport.

I received a very welcomed breath of fresh air recently when I started experimenting with the Berkley Havoc Boss Dog. It’s not necessarily a “sexy” soft plastic. It may not grab your eye at first glance, but I have loved fishing with it. Throughout my testing, it has proven to be a functional and practical bait that does what it’s supposed to do—catch bass.

There are several things that have impressed me about this particular bait.

I really like the action of the Berkley Havoc Boss Dog because, to be quite honest, it’s simple. Whether you’re fishing for aggressive prespawners or lethargic post-frontal bass, you can expect it to produce some bites for you throughout the day.

This bait doesn’t have a very big profile. Its arms remain fairly close to the body throughout the retrieve and its tail doesn’t seem to get snagged on random branches or grass stalks. This streamlined profile has allowed me to successfully use the Boss Dog in many different situations. Whether I’m skipping docks, flipping vegetation or dragging deep brush piles, I’ve caught plenty of bass with it.

As it falls, the arms quickly flutter while its J-shaped tail creates a nice twirling effect. Once the Boss Dog reaches the bottom, the arms will slowly undulate with slight movement of the rod tip, but the majority of the action comes from the tail. It remains elevated just an inch or two above the main body of the bait, which gives it the freedom to move and attract bass.

I think Berkley struck a great “middle ground” with this bait. It moves enough water to entice bites in muddy water—I’ve caught fish with it in less than 4 inches of visibility—while also remaining subtle enough to use in clear-water situations. I like to keep my tackle selection as simple as I can while fishing, so being able to use one soft plastic shape in several situations is a huge deal for me.

It has some meat to it 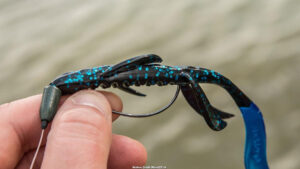 I’ve always liked a soft plastic with a meaty mid-section. That’s kind of a strange thing to say, but it does two very important things—it aids in castability and helps the bait stay positioned on the hook.

The Boss Dog’s body is much thicker than you’d initially think and it’s also quite flat. This is very helpful when fishing in tight quarters because it skips like a pebble across the water’s surface, making for some pretty amazing casts to hard-to-reach areas.

I’ve also noticed that this bait holds a hook well. I can skip it down an entire stretch of docks and rarely, if ever, have to stop what I’m doing to readjust it. Its head stays in position and the hook point stays buried to avoid annoying hangups.

While the body is indeed sturdy, I’ve still enjoyed an excellent hookup ratio. The hook point penetrates the plastic without any issues whatsoever, facilitating a solid hookset regardless of my distance from the fish. 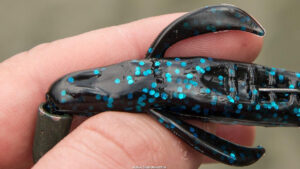 I’ve used a lot of soft plastics with J-shaped tails in the past that have been an absolute pain to fish with. To allow for better action, these tails tend to be very thin and get ripped to shreds after just a few bites. So I was curious to see how the Boss Dog would stand up to some abuse.

I’ve used this bait during guide trips, tournaments and fun afternoons at our pond and have zero complaints about its durability. The tail holds up to those pesky bluegill pecks and remains intact for several fish catches—it’s not at all uncommon to catch 4 or 5 bass with one bait.

The arms will tear occasionally. Oddly enough, however, I can’t say that it makes a huge difference in the performance of the bait. I’ve caught plenty of bass while using a 2 or 3-armed Boss Dog. From what I can tell, the tail is the primary feature that most of the bass key on.

It’s hard to beat the value

I’ve always loved the affordability of Berkley Havoc plastics and this one is no different. For a pack of 10 baits, you pay $2.99. I’m not the best mathematician on the planet, but let’s say you catch 4 bass with each Boss Dog—that means each bag catches 40 bass. That’s really impressive to me, especially given the ridiculously cheap price point. I’ll catch 40 bass for 3 bucks any day of the week.

The Boss Dog catches ‘em and you don’t have to empty your wallet when purchasing a few packs. I consider it an excellent soft plastic bait and I’ll be using them quite often throughout the rest of the year. You can bet on that.

The Berkley Havoc Boss Dog is available at TackleWarehouse.com.