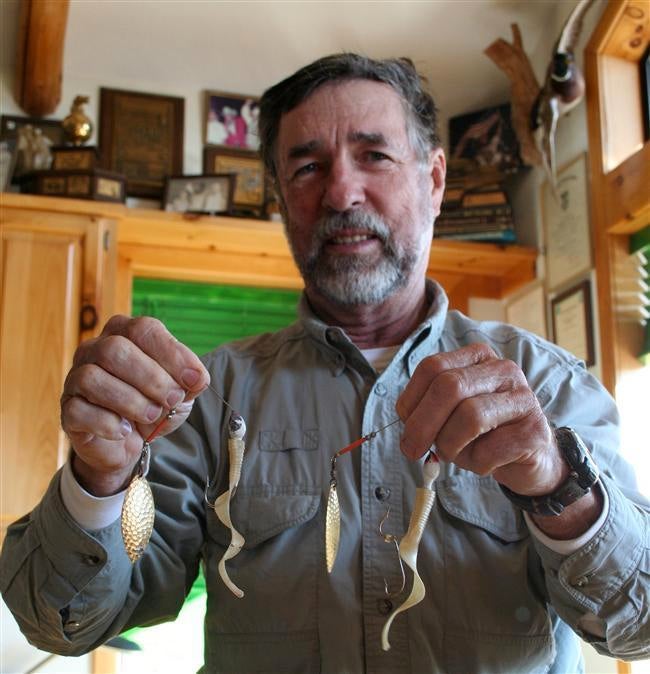 Are spinnerbaits dead? That’s the informal but long contemplated question that was posed to a panel of eight men including living legends like Gary Klein, Ken Cook and Kevin VanDam. B.A.S.S. photographer James Overstreet, who has tracked bass fishing’s trends nearly every week for the past six years with his Canon’s lens, was also surveyed.

It was Overstreet in his always sincere and beloved Little Rock drawl that provided the most insightful proof of cause for contemplation regarding the current health status of spinnerbaits.

“Dude, you’d have better luck trying to find Sasquatch than finding a recent event where a spinnerbait was the primary lure used to win an Elite Series tournament,” said Overstreet, an avid hunter and angler in his own right.

Overstreet’s response was classically hilarious, but equally sad is the fact that a category of lures that once won Bassmaster Classics on a frequent basis 20 years ago, and carried a “don’t leave home without it” dependency throughout the 1980s and 1990s have seemingly fallen so far out of fashion in recent years. You’d be hard-pressed to spot a spinnerbait lying on most Elite pro’s front decks at morning blast-off. In the end, the panel of experts had to scratch their heads to the point of debate in an effort to cite a recent spinnerbait dominated win.

Perhaps the best answer from the expert panelist regarding the blade bait’s most recent memorable week of stardom came from Elite Series pro and BoatUS Angler member Marty Robinson who cited VanDam’s win during the shad spawn on Lake Guntersville five years ago as the most recent win to heavily involve a spinnerbait. Still that was five years ago, and KVD’s win actually involved a crankbait too.

Panelist Mike McClelland provided a hard-to-argue explanation as to why the Bassmaster Elite Series trail in particular has been void of a spinnerbait presence for such a long time.

“I think a lot of it has to do with our Elite Series schedule involving a ton of clear water fisheries like Amistad, Smith Mountain and Clear Lake where swimbaits and other lures are typically more effective than spinnerbaits, ” said McClelland, who once claimed two Bassmaster Invitational victories just weeks apart 14 years ago in the off colored waters of the Arkansas River and then Ross Barnett.   A spinnerbait was used as the primary lure for both of McClelland’s wins.

“I can tell you this, War Eagle still sells as many spinnerbaits as they can possibly make,” said McClelland. “Maybe it’s a generational thing. My son didn’t think it was possible to catch so many fish on a spinnerbait until he and I absolutely wore “˜em out with War Eagles at Grand Lake (Okla.) one day last November.”

Gary Klein believes spinnerbaits aren’t the lead car on the fashion train these days, but like all lures, they are simply tools, and certainly not dead forever.

“I always tell folks in my seminars that lures are just tools, and that most of the time there’s more than just one tool that could have caught a particular bass,” said Klein.   “There’s no doubt that spinnerbaits are still fantastic tools, they’re just being passed over by trendier squarebills and swimbaits right now.”

Ken Cook, who many regard as one of the greatest spinnerbait anglers ever, backed by his willowleaf spinnerbait driven 1991 Bassmaster Classic victory, offers great perspective.

“Apparently they’re not dead yet. I wacked “˜em with a spinnerbait last week at Lake Ellsworth,” said the Bass Fishing Hall of Famer in reference to the relatively small 5,600 surface acre lake near his Tarbone Ranch home not far from Lawton, Okla.   The retired legend isn’t one bit concerned with big bodies of water, or where he sits in the final day standings anymore. He just wants to catch bass. And for Cook, a spinnerbait still works very well.

No, spinnerbaits aren’t nearly as en vogue as they once were along bass fishing’s most high-profile tournament trail. But to pronounce them dead would be dangerously inaccurate.