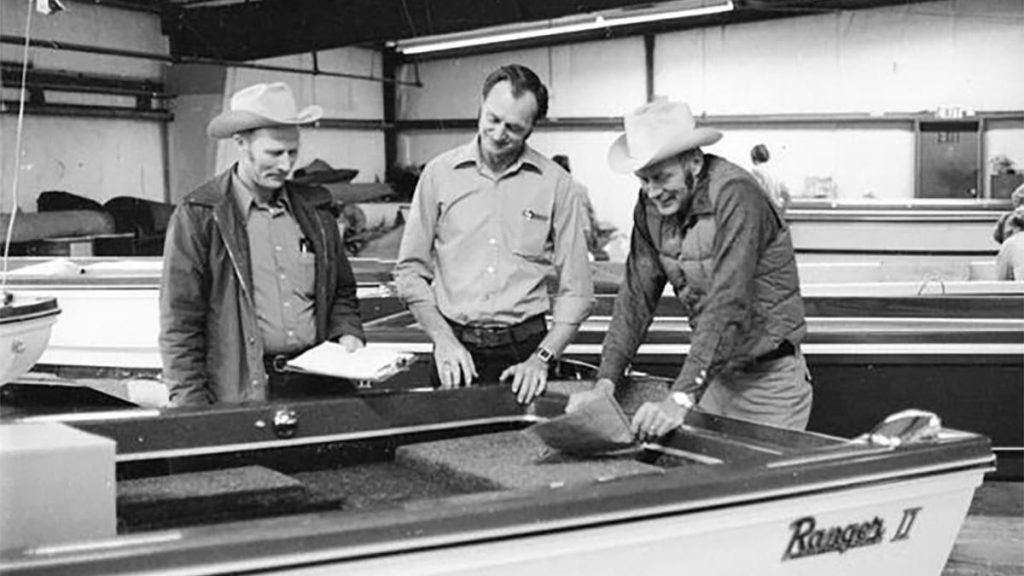 Forrest Wood, founder of Ranger Boats and former Arkansas Game and Fish Commissioner, died Saturday at Baxter Regional Medical Center. He was 87. Keith Daffron, Wood’s oldest grandson, posted to social media that “Peacefully, with his family by his side, Forrest L. Wood of Flippin passed away on Jan. 25, 2020 in his 87th year.”

Although known for founding Ranger Boats, one of the most recognizable brands in the industry, Wood’s fishing history included many years guiding anglers for White River trout. It was his trout-guiding occupation that originally introduced him to another recently deceased Arkansas legend, Jerry McKinnis. The two icons struck a chord with each other long before they became household names and remained friends throughout their long and storied lives.

Wood served on the Commission from 1998-2005. AGFC Director Pat Fitts says the entire staff and Commission express their deepest condolences and sincere thanks to the Wood family for sharing their time with this legend for the people and natural resources of Arkansas.

“Forrest represented what was good and pure about The Natural State,” Fitts said. “He may be best known for Ranger Boats, but to us at the AGFC we’ll be forever grateful for his efforts to help the state’s trout fisheries.”

As a commissioner for the AGFC, and continuing for several years after he completed his term, Forrest fought tirelessly to push legislation allowing minimum flows from Bull Shoals and Norfork dams. “Minimum Flow” is instrumental in increasing trout fishing and spawning habitat in Arkansas’s famous trout tailwaters, and literally took an act of Congress to come to fruition.

Although decades in the making, Minimum Flow was implemented in August 2013, and Wood was on hand with former Commissioner Mike Freeze, Senators Mark Pryor and John Boozman and U.S. Army Corps of Engineers representative Randy Hathaway to celebrate the first releases from Bull Shoals Dam.

“It’s things like this that I think I’ll miss most about Forrest – he was always willing to help,” said Fitts.