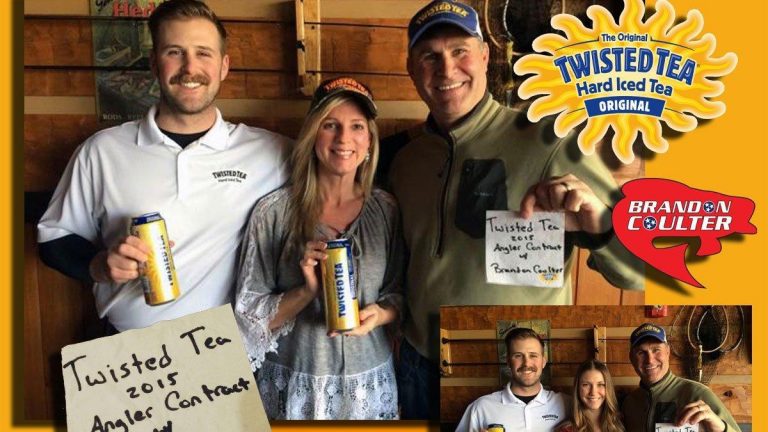 Professional angler Brandon Coulter announced today he will promote Twisted Tea throughout 2015. Coulter’s efforts will include his popular on-site boat giveaway in East Tennessee along with competing on the Bassmaster Elite Series.

Coulter is well known in Knoxville as being heavily involved in the fishing community. He created and directed a weekly Tuesday night tournament series, is part-owner in the Tennessee Team Trail and operates an annual boat giveaway promotion. He’s fished professionally on the FLW Tour since 2007 and has qualified for the 2015 Bassmaster Elite Series, which will commence in March.

“Brandon Coulter is a tireless promoter and helps us ‘move the needle’,” said Shane Sloan of Cherokee Distributing. “Now having the platform of the prestigious Bassmaster Elite Series will only enhance everything positive about working with Brandon and his programs”.

“I like to build marketing programs,” Coulter said. “I get excited about taking a boat show to a local Walmart, convenience store, major retailer or a local tournament to introduce more people to bass fishing and give them a chance to win a boat. I also love a challenge. What bigger challenge is there in fishing than to compete against the best anglers in the world? And then at the end of the day sit down over a Twisted Tea and talk fishing with them like regular guys. How cool is that?”