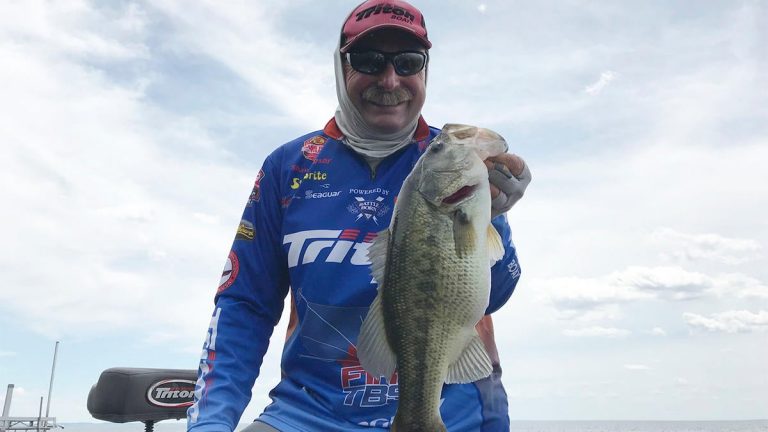 Lew’s, the manufacturer of premium rods, reels and fishing accessories is proud to announce the addition of Bass Fishing Hall of Fame inductee Shaw Grigsby to their pro staff. Grigsby has long been an important member of the Strike King pro staff and adding him to Lew’s means he will be endorsing the majority of the product lines for both brands.

Grigsby, from Gainesville, Fla., has been one of the most influential anglers in the sport for more than 20 years. A veteran of hundreds of Bassmaster events and a founding partner of Major League Fishing and the Bass Pro Tour, Grigsby has always represented his sponsors with the highest integrity and professionalism. In his professional career, Grigsby has been the host of One More Cast with Shaw Grigsby television; a show that spanned 20 years. He has won 9 Bassmaster events, finished in the top 64 times and amassed more than $2.2-million in career earnings.

Mark Copley, Director of Pro Staff and Media Relations for Lew’s and Strike King said that adding Grigsby has a very familiar feel.

“Shaw has always been an important part of Strike King, and having him choose Lew’s feels like welcoming a family member home,” said Copley. “Shaw’s career is one that anyone would be proud to have, and he’s a one in a million kind of person; we couldn’t be prouder to see him adding the Lew’s logo to his jersey.”

As an angler who makes his living casting, Grigsby knows the type of quality he needs to perform on the water, but also knows that anglers of every skillset and level need great equipment to enjoy their pastime.

“One of the most exciting things for me is that Lew’s makes great products for everyone,” Grigsby said. “Not only do they make amazing rods and reels for me to compete with, but they make something of quality for every angler, at any budget, and they give back too.”

Grigsby expounded on some of those programs.

“From the American Hero program that supports first responders and our military, to the high school and college programs that help grow our sport, Lew’s is involved at every level,”he said. “It really was an easy decision for me to sign with Lew’s, I’ve already known so many of them from Strike King, and the product just makes it that much better; I’m really excited to be joining the Lew’s team.”

“Anyone who has ever met Shaw feels like they have made a new friend,” he said. “Not only is he a Hall of Fame angler, but he is equally as great a person; he is a natural fit for us, and we are excited to have him as a part of our family.”