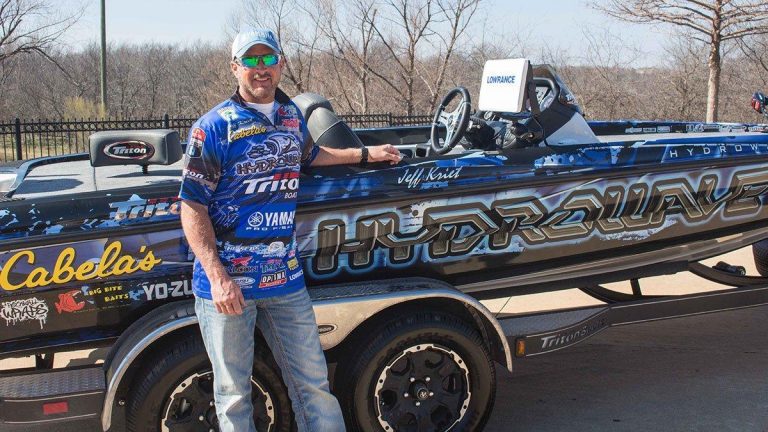 Jeff Kriet has changed title sponsors for the 2015 Bassmaster Elite Series to HydroWave. Jeff will be running a full truck and boat wrap showcasing HydroWave and its second generation product, H2.

“I’m a partner in HydroWave and have wanted to promote my company but was in a long term contract promoting Uncle Rays,” Kriet said. “Now that the contract has expired I have the opportunity. HydroWave is a tool that I, and most all other pros, have come to rely on. So it’s exiting to get the word out further.”

HydroWave is an electronic feeding stimulator that mimics the sounds of subsurface feeding and bait activity. Although HydroWave is a relatively new product, it is used by fisherman worldwide. You can learn more about HydroWave here.