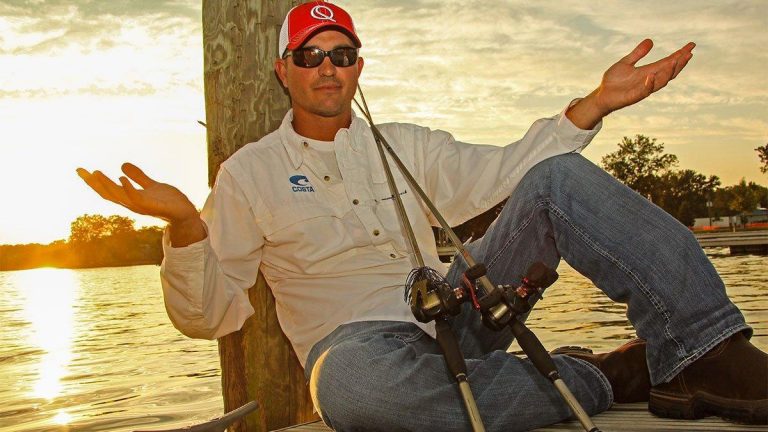 If you’ve ever fished all day without a bite, don’t be embarrassed—it happens to Bassmaster Classic champions too. In fact, sometimes, like this week, they fish not one, but two long days without a single bite.

A social media post Monday evening from 2009 Bassmaster Classic Champion Skeet Reese was the first warning shot fired as to how tough fishing is this week at the Bassmaster Elite tournament on the Chesapeake Bay.

“That stinks! A 13-hour day on the Chesapeake without a bite,” posted Reese following the first official practice day on Monday.

Current Bassmaster Classic champion Casey Ashley will be quick to tell you Reese was not alone.

“I fished all day Monday and Tuesday without a single bite. This is by far the toughest fishing of my nine seasons on the Elite Series. It’s tougher than the Sabine River and just as tough as the Delaware River was last summer. That now seems ten times easier than here.

“I thought fishing would be really good here and the fact is, there are quality fish living here, guys that are getting a bite say they are 3-pounders. But so far this week we’ve had a lot of conditions working against us

“We had a south wind and a flood tide—that leads to the water kinda stacking up rather than flowing in and out naturally. To catch these fish, you gotta have moving tidal water and a strong south wind counteracts the tide.”

Ashley has never fished the Chesapeake Bay and says that typically on water with which he’s unfamiliar, he seeks an area rather than a magical spot. But so far finding a portion of this massive waterway to build confidence in has come up short.

“Tides complicate things because you can be in the right area on the wrong tide and be fooled to think nothing is living there, when in fact they are. I saw areas that looked like they should be holding bass, so I’ll go back and fish there on a different tide and hope I connect with a few bites.

“I think being here at this time of year is making it tougher too. These fish are scattered between the larger schools you’d typically find earlier in the summer and early fall when the bite is always tough. These fish on the Chesapeake are biting like they are back home on Clarks Hill and Lake Russell in South Carolina … they’re not.”

Given the difficulty of catching one, Ashley says jigs, a Texas-rigged Zoom Z-Hog or a vibrating blade bait that will cover a lot of water will be in the starting line-up of his lure selection. When asked to predict the daily weight that will be needed to make Sunday’s Top 12 cut, Ashley could only smile.

“Heck, I don’t have a clue. I haven’t caught a single bass yet, so it’s a little hard for me to guess.”