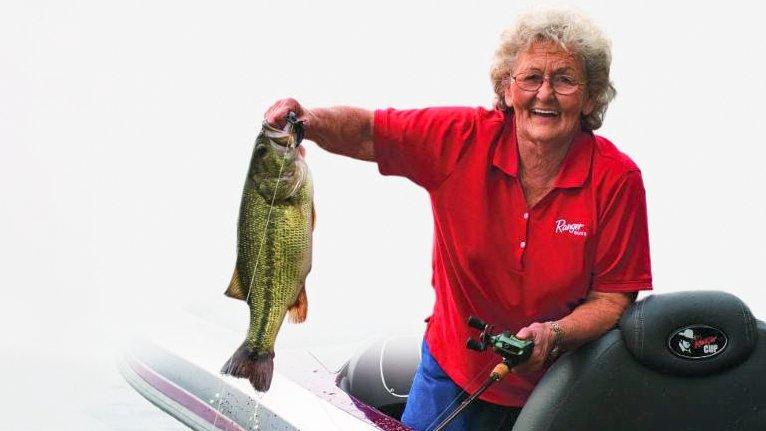 Nina Wood, co-founder of Ranger Boats and wife of bass fishing icon Forrest Wood, will be inducted into the Legends of the Outdoors National Hall of Fame in recognition of her lifetime of contributions to the outdoors and the sport of fishing.

An Arkansas native raised on the banks of the state’s fabled White River, Nina married Forrest, her high school sweetheart, and worked alongside him as the couple built a successful fishing guide service in the region. What began with the design and manufacturing of riverboats to meet the needs of their growing guide service soon blossomed into the production of what would become known as the modern bass boat. The iconic couple started Ranger Boats in 1968 and headquartered the company in Flippin, Arkansas where it remains still. Today, Ranger Boats is a legendary brand and unparalleled leader in trailerable fishing boats.

Since co-founding Ranger Boats 47 years ago, Nina has been instrumental in the development of the modern bass boat, the rise in professional tournament fishing and has been a mentor and sponsor of some of the biggest names in the sport. An accomplished angler in her own right, both Nina and Forrest have already been inducted into the Freshwater Fishing Hall of Fame, with Nina also receiving numerous awards and accolades throughout the fishing world for her longtime support for the outdoors and positive influence on youth.

Joining Wood as inductees in the Legends of the Outdoors National Hall of Fame Class of 2015 will be outdoor TV pioneers Virgil Ward (posthumous), Babe Winkelman and Mike Morgan, as well as Denny Brauer, O’Neil Williams and former Crappie Masters President and TV host Paul Alpers.  She also joins Forrest, who was inducted in 2006.

Wood and her fellow inductees will be added to the hall of fame at a banquet and ceremony on Saturday, August 15 in Nashville, Tenn. The Legends of the Outdoors National Hall of Fame was established to recognize sportsmen and sportswomen who, through countless hours of hard work and devotion to the outdoors, have played an integral part in setting the standards and guidelines for the rest of the outdoor world to follow. Inductees into the hall are nominated by a panel of respected outdoor writers and previous inductees and approved by Legends Committee. Those with the highest vote totals are enshrined into the hall of fame.

For more information about the Legends of the Outdoors National Hall of Fame, go online to legendsoftheoutdoors.com.