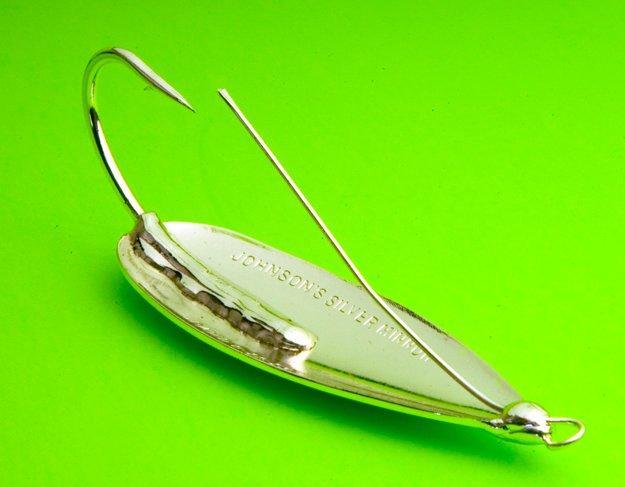 It came through the grass better than a spinnerbait or buzzbait. It didn’t get gnarled up in sloppy, slimy bogs, it had flash, wiggle and with a grub or worm a soft seductive side too. The total package for catching bass in heavy vegetation. Its effectiveness carried over to saltwater fishing in the marshes.

It’s still available, and still thrown by a lot of anglers in states like Florida and up north on grassy fisheries. It hasn’t resonated with anglers all over the country, and that’s largely due the prominence of hollow-body frogs in the market and more fishing on highland reservoirs void of any vegetation.

We still have vivid memories of watching Tom Mann throw them with a white worm as a trailer on his old TV show and catching 12 pounders on film on Florida fisheries. It was some of the most amazing fishing footage we’ve seen still to this day.

For those reasons The Johnson Silver Minnow gets our nod for No. 17 on the most influential bass fishing lures of all time.