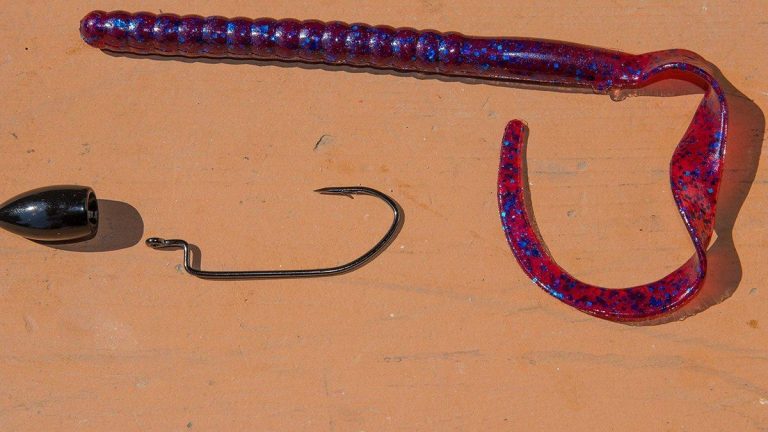 The Texas rig is the most important soft plastic rig a bass fisherman can learn. This rig allows you to fish a worm or other soft plastic shape snagless to get it into hard-to-fish pieces of cover like grass, laydown trees, standing timber, brush piles, rocks, bushes, man-made docks and more. It’s really simple to master! Here are a few quick points about getting the Texas rig right.Â

Slide on weight, tie on hook 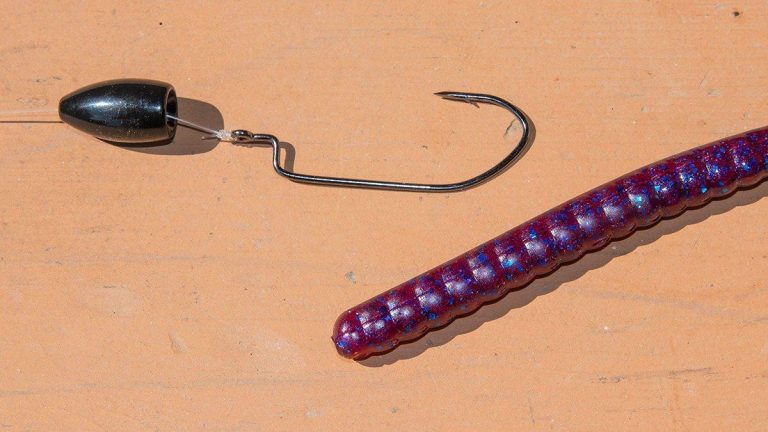 The first step is to slide a bullet weight onto the line. You have the option to slide a peg onto the line first before the bullet weight so that you can pin the weight to the worm to keep it compact and together for pitching and flipping into thicker cover. But if you are casting the worm, leave the peg off so the worm is free to move around more. For thicker cover, use a heaver weight, and in more open water,  stick with the lightest weight you can and still feel what the worm and rig are doing on the bottom. Also a lighter weight will help it come “over” cover better like shallow grass or brush piles under the surface and not get bogged down as much.

Start with hook point in the head of the worm 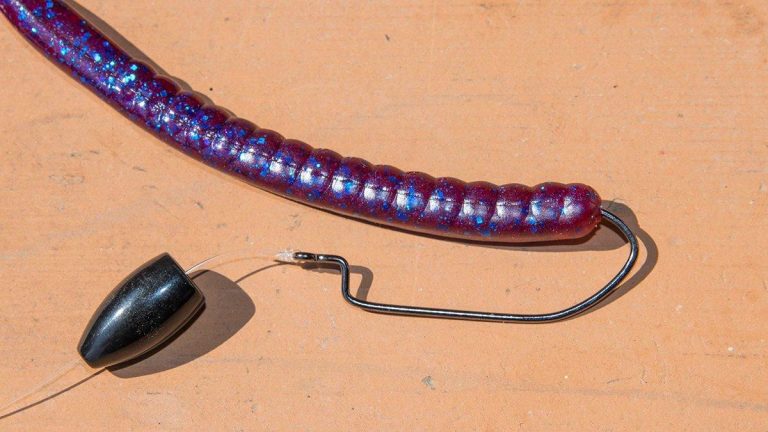 Pierce down the center of the head of the worm with the hook point to start the rig. Only about 1/4 of an inch, so that it can go around the elbow bend of an offset worm hook.

Come out of the head about 1/4-inch down 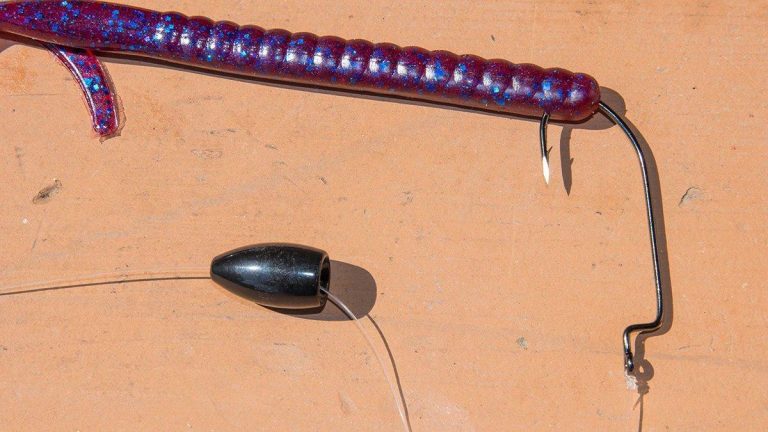 Come out the bottom of the head of the worm about 1/4 inch and feed the hook all the way through the worm.

Feed hook through worm and rotate around elbow 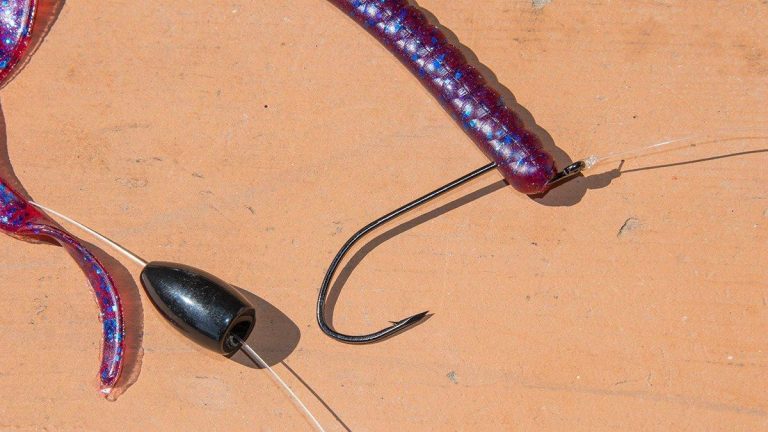 Feed the hook through the worm where you came back out of the worm and then twist the hook around so it goes over the elbow bend of the offset worm hook. If you’re rigging it on a straight shank hook, just go to the eyelet and on both just rotate the hook around until the hook point is facing back at the body of the worm.

Line up hook point on body of worm 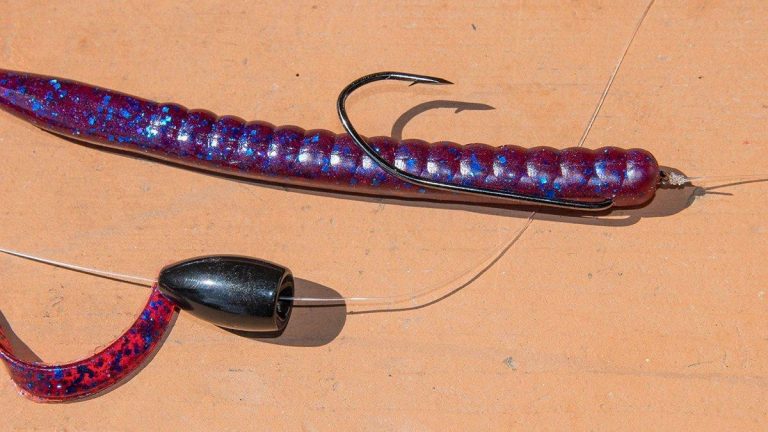 Pierce hook back into body with worm rigged straight 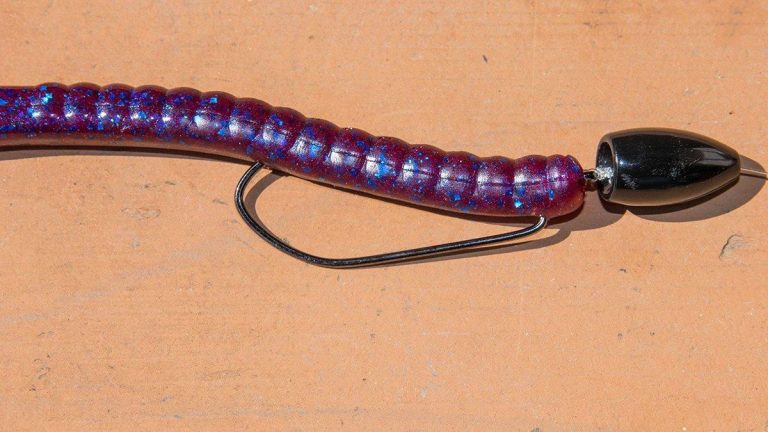 When you get it right. The worm will be rigged straight with the head on the elbow of the hook and the point back in the body protected from snagging.

Pro tip: Make sure your hook has enough gap between the worm and the shank of the hook. If the plastic is very thick, you need a wider gap in your hook to have more penetration space and room for the worm to clear the hook point. 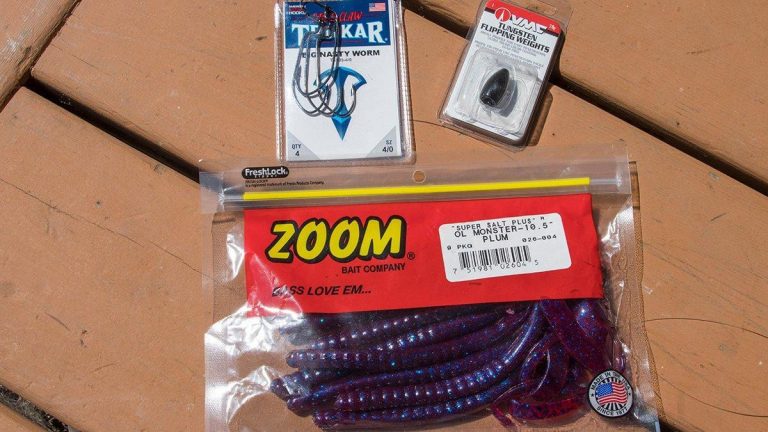 There are lots of good offset worm hooks, tungsten and lead weights and a million different worm options to choose from.

We used the following fishing tackle in this gallery: