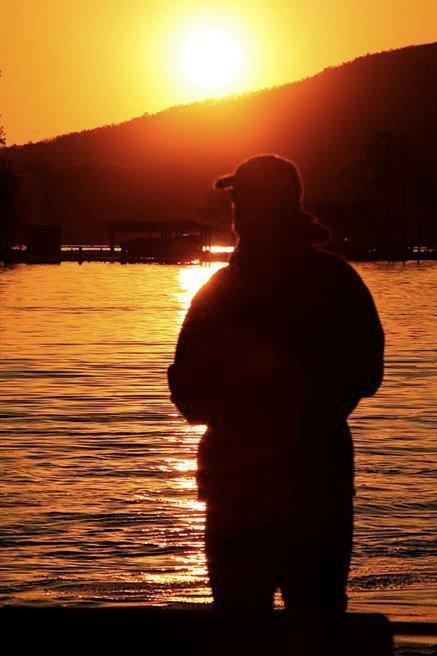 “We are all made of star-stuff”

We don’t find discovery, discovery finds us.  Discovery is always there, waiting.  For us.

For us to seek it out.

Everything on this planet — EVERYTHING — came from the same place.

We are the point of light that took shape.

We are made of the same stuff as the planet we live on.  As is everything else on this planet.

This planet is water, with some big rocks scattered about.

We are an aquarium made of skin.

The stuff of our molecules, our atoms, is found in everything around us.

We, and everything around us, are more the same than we are different.

“Because the cosmos is also within us.

We are a way for the cosmos to know itself.”

I know this to be true.

I know it to be true because in my life, I have felt the flow.

The flow, when everything lines up.

I can only explain it like thisâ€¦if words, or thoughts, are energy, if words or thoughts are an element into them, that element, whatever it may be, is made of the same star-stuff that I am made ofâ€¦and suddenly, something, NOT ME, is me.

No drugs are ever involved.

No drugs have ever been used that can cause “flashbacks.”

No alcohol is involved.

No known “psychosis,” or otherwise freaked-outness.

Normal intellect, no specific beliefs in a deity of some kind, a different kind of spirituality though, not a Republican, or Democrat.

Every once in awhile, something else, is me.

And it is that exact feeling, that exact moment â€¦ that I chase. That I have spent my life chasing.

The moment, when I’m something â€¦ else.

The moment when, I’m EVERYTHING ELSE.

And I know how this happens, but I can’t make it happen at will, even though I try, and I know that it is the “TRY” that screws it up.

This moment happens, when I ALLOW happen â€¦ to happen.

When I allow THE GAME, writing, to come to me.

I believe THE GAME, no matter what your game is, is an element in itself.  An element more powerful than you because it is the spirit of THE GAME that connects with everything around it.

It is THE GAME that is the real sphere we deal in.

In its purest form, I believe thisâ€¦when you fish, when you are on the water, you should let the lake come TO YOU, let the lake dictate to you what you should do, NOT you dictating to the lake what it wants.

Strange stuff from a guy who doesn’t fish, but we all have our own GAMES, we all have or own LIVES, and in mine I have found that the eureka moment we all strive for, the flow we all strive forâ€¦and if you compete in ANYTHING you know exactly what I meanâ€¦you know the sayings “Everything just went my way,”  or “It was like it was just meant to be,” or other sayings like thatâ€¦we all know that no matter what it is we do we have felt that moment of magicâ€¦and I believe that it happens when we allow whatever it is that this element we live in, that surrounds us, that we are a part of, when we get out of the way, and let it happen.

“The universe is not required to be in perfect harmony

My discussion about this with Rick Clunn:

“Rick, every time you play the game, even if it is the same game, it’s a different game â€¦ it has to be.”

“It is. We need to have it that every time we take to the water, everyday we do that it has to be like it is the first day on the water.  I’m in conflict with that all the time.  db, no day is harder to let go of then a successful day.”

“Is SUCCESS though, based on what you did, what you forced, or what you allowed to happen?”

“I’ve had success, but only once did I come darn close to what it is you are talking about. I get mad. I get mad out there a lot. I just don’t have cameras on me where you see it, but I get mad It is usually because I’m trying to force something â€¦ but one time â€¦ one time I shut down my ego. I threw everything I knew, thought I knew, threw that out, and then, this sense of heightened awareness engulfed me. And then it was gone, but it showed me that intelligence, real intelligence is using your awareness to its fullest potential.”

“Zen.  Not being attached to what you believe, but what you see, what you feel.”

“Exactly db, no situation is always exactly alike, but being truly observant to what’s going on around you, that’s the only way you get the most recent data.  I believe if you do that, you would have the biggest stringer everyday.”

“If you wish to make an apple pie from scratch,

you must first invent the universe.”

On the dock this morning I had a conversation with a young man, a young rookie, Fletcher Shyrockâ€¦he told me that he had never in his life been on this lake before, and I told him exactly this: “Good.”

He just looked at me.

As I would of looked at someone who said that to me as well.

“Dude, if I picked you up right now and tossed you into this lake, you would have very little if any effect on the lake, but it would have a huge effect on you.  What in the world makes you think you can dictate to the lake, sure you have experience in your game, but that’s all it is, experience WITH experience.”

Fletcher is looking at me, if not actually backing up.

Fletcher is now probably thinking he should have stuck with motocross racing.

“Dude â€¦ think of it this way, you are a drive-thru. The lake and the fish are the line of cars, and no matter what it is they order when they get up to your drive-thru window, you hand them a cheeseburger.”

He suddenly looks at me; McDonald’s being a common denominator.

“I’m saying, be in harmony with the time and place you are in.  Let whatever it is you seek, seek YOU OUT.  Allow THE GAME to unfold to you, it will tell you what it wants, if you listen, if you allow yourself to listen and not be stuck into what you think. What you’re intelligence and ego dictates.”

And then he went to give me a man hug when I said, “Be the lake, Fletcher; be the lake.”

And he stopped short of the hug thing.

“When you make the finding yourself, even if you’re the last person on Earth to see the light, you’ll never forget it.”

I don’t have an ounce of experience doing what it is you do.

But for you out there who don’t play the game.

But for you out there where ounces don’t matter.

This column is for you.

If you fish, if you do anything for that one moment of magic, don’t force it, don’t force your will upon it â€¦ let it, the game, your game, come to you.

I have felt it.

I have had it happen to me.

And I want it to happen to you.

If I was an artist, a painter, I would paint the experience like this: it would be one of those paintings that when you first look at it you see one thing, but the more you stare, the more open your mind becomes. Then, and only then, do you see the other painting within.

When you lay on the ground and see faces in the clouds, you need to believe, the clouds do have faces.

Because we are made of the same stuff as the clouds.

And the same stuff as the ground we lay on.

“db when it happens it is a gift,” Rick told me one night as we sat and talked in his camper.  “And when that gift happens, I can tell you, you are more alive than you have ever been in your life. You can feel the game.  Be the game because of the hypersensitivity that comes with the feeling. It was the most amazing feeling in my life.”

As it was in mine.

As it can be in yours.

It is what I believe the essence of life is about.

It is what brought us from the stars.

And it is what will bring us backâ€¦

“Absence of evidence is not evidence of absence.”