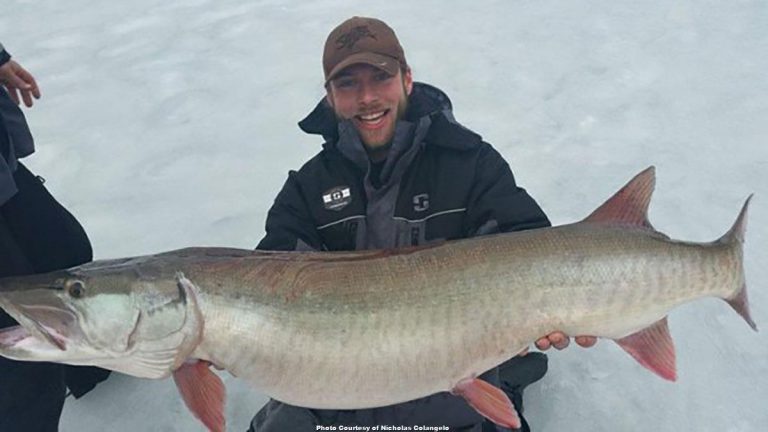 According to CBS Pittsburgh, a giant musky was caught through the ice this weekend in Northwest Pennsylvania by best friends Nicholas Colangelo and Luke Wholey. They didn’t weigh the fish, but it did measure 53 inches and could barely squeeze through the 10-inch hole in the ice.

Musky are notoriously difficult to catch at times, earning them the nickname of “The Fish of 1,000 Casts”. This beast held true to its reputation, as the duo spent 18 hours in an ice shanty before the musky was finally fooled by a 3-inch shiner.

After a few photos, the fish was promptly released alive and well. Congratulations to these guys on an unforgettable catch and their gracious attitudes!