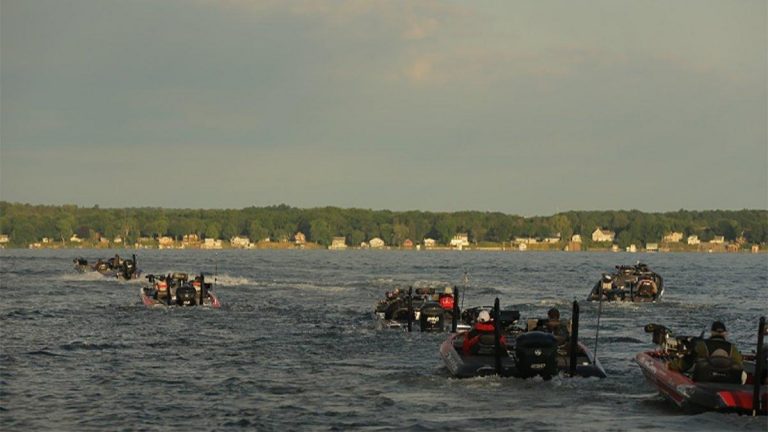 The trail is now set to visit Alabama’s famed Lake Guntersville on June 21-24 and Cayuga Lake in New York on Aug. 22-25.

When the Elite Series schedule was announced in July, two events were originally planned for the Western United States on the California Delta and the Columbia River in Washington. But after listening to anglers’ concerns about travel expenses and time away from their families, two venues that are more conveniently located to the anglers were selected.

“While it is our goal to take the Bassmaster Elite Series to new venues across the country, we are also very sensitive to the needs and wishes of our anglers,” said B.A.S.S. CEO Bruce Akin. “Many of them had legitimate concerns about the travel demands of our original schedule, and that was the basis for this decision.

Scottsboro, Ala., will be the tournament headquarters at Lake Guntersville, which ranked ninth on the 2018 list of BassmasterMagazine’s 100 Best Bass Lakes. It has been the site of 22 major B.A.S.S. events, including the 2014 Bassmaster Classic. The lake is known for giant largemouth and aquatic grass that makes for excellent summertime fishing.

The official practice period for the Guntersville tournament will begin Tuesday, June 18. The competition days will be the following Friday through Monday (June 21-24).

Cayuga, which is New York’s longest glacial finger lake at just under 40 miles, ranked 13th in the Northeastern Division of Bassmaster Magazine’s 100 Best Bass Lakes. The fishery has hosted three major B.A.S.S. tournaments, dating back to 2012.

The Cayuga tournament dates of Aug. 22-25 were chosen specifically to cut down on anglers’ travel time. The Elite Series already has an event scheduled for New York’s St. Lawrence River on Aug. 15-18.

The official practice period for Cayuga will begin Aug. 19, the day after the St. Lawrence event ends.

“Guntersville is widely known as one of the best bass fisheries in the country, and it’s very centrally located for many of our competitors,” Akin said. “Cayuga is also an excellent fishery, and the timing of that tournament will allow our anglers to make one great trip to the Northeastern United States.”

The Cayuga event will be hosted by The Village of Union Springs with weigh-ins held at Frontenac Park. The City of Scottsboro, Ala., will host the Guntersville Elite event, which will be held at Goose Pond Colony Resort.