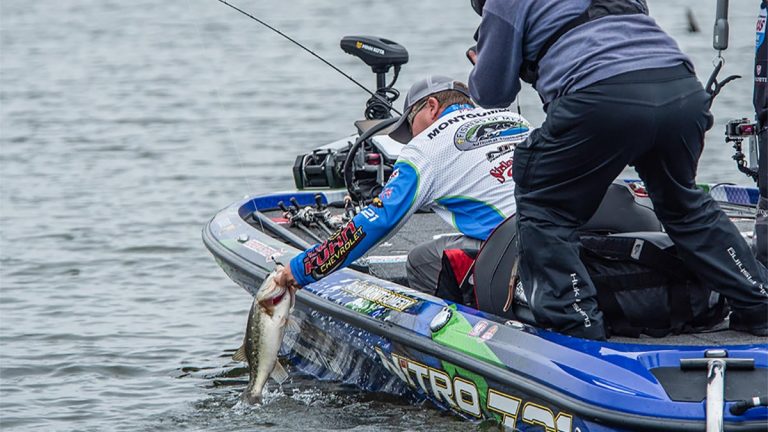 Major League Fishing (MLF) announced that Tulsa, Oklahoma and Grand Lake O’ The Cherokees will host REDCREST 2021, the Bass Pro Tour Championship on February 23 – 27, 2021. The field of the top 30 MLF Pros, based on points accumulated during the 2020 Bass Pro Tour season, will compete for the REDCREST title and top prize of $300,000. In addition to the five-day tournament streamed live, the event will feature a consumer Outdoor Sports show in the 350,000-square-foot River Spirit Expo at Tulsa’s Expo Square February 26-28, 2021.

“We’re thrilled to bring our premiere event and the top 80 Pro anglers in the world to our hometown, Tulsa,” said Jim Wilburn, President and CEO of Major League Fishing. “Northeastern Oklahoma offers exceptional bass fishing as well as a central location for our fans from across the country to gather and celebrate the best in competitive bass fishing. We look forward to showcasing Tulsa to the world in over 60 hours of live and linear broadcasts.”

“We are excited to announce that Tulsa was selected as the host city for REDCREST, the MLF Bass Pro Tour Championship,” said Ray Hoyt, President, Tulsa Regional Tourism. “Hosting clearly has a huge economic impact for Tulsa. Luring in thousands of fishing fans from across the U.S., Tulsa will create a significant boost to our hotels, restaurants and shops, as well as taxes that will benefit Tulsans regionally. We’re honored to partner with the great team at Major League Fishing and look forward to showing attendees and viewers alike all that Tulsa has to offer.”

MLF will stream REDCREST live over 50 hours on MLFNOW! and MyOutdoorTV. In addition, MLF produces 11 hours of original television programming to air on Discovery and CBS Network as well as over 100 hours of re-airs on Sportsman Channel and CBS Sports, which amounts to significant exposure to the host community.

REDCREST includes five days of competition using the Major League Fishing, catch-weigh-and-immediately-release format, where every bass over a variable minimum weight counts toward a cumulative weight total for the day. Variable minimum weights are determined by fishery, akin to a golf course handicap. The championship field of 30 anglers competes in the Qualifying Round (Feb. 23-24, 2021) where a two-day cumulative weight total determines the top 20 who will advance to the Knockout Rounds. In the Knockout Rounds (Feb. 25-26, 2021), the field is divided into two groups of 10 with each group fishing one day only. The top five from each group in the Knockout Rounds compete in the Championship Round on Saturday, Feb. 27, 2021 and a shot at the $300,000 top prize and title of “REDCREST Champion.”

According to MLF rules, the REDCREST field of 30 is determined by points ranking at the end of the eight-Stage, 2020 Bass Pro Tour, which was originally scheduled February through July 2020. MLF paused the 2020 season earlier this year in response to the novel coronavirus pandemic by postponing events through April. MLF leadership is monitoring the national situation and will follow the advice of medical and Public Health officials to resume the 2020 Bass Pro Tour season as soon as safely possible.

“As our nation shelters to protect our neighbors and our families from this unprecedented situation, we find comfort knowing that we have the 2021 REDCREST to look forward to,” said MLF Co-Founder Boyd Duckett. “Fishing is inherently a socially distancing sport and with proper precautions can be at the forefront of our nation’s economic recovery.”

“We are excited to welcome Major League Fishing to Tulsa,” commented Tulsa Mayor G.T. Bynum. “At a time when our tourism industry, and those around the world, are struggling, this news is a welcome reminder that our community will bounce back quickly as a visitor and event destination.”

“I’m really excited for our biggest event to be in Tulsa and on Grand Lake, where I personally have had a lot of success,” said VanDam. “And when it’s all said and done, one of us will walk away with a check for $300,000 and the prestige and notoriety that goes along with the title ‘REDCREST Champion’.”

“REDCREST is our biggest event of the year and we all work hard all year long to put as many fish on the SCORETRACKER ® as possible to make it to the Bass Pro Tour Championship,” said Evers. “Northeastern Oklahoma has a huge community of competitive bass fishing fans and I have no doubt they will all come out of the woodwork to support us!”

REDCREST 2021 will launch from Wolf Creek Park and Boating Facility on Grand Lake in Grove, Oklahoma.

“The City of Grove is very excited to be chosen as the launching site for a tournament as prestigious as the 2021 REDCREST Championship,” said Mayor Ed Trumbull. “We will be looking forward to having the best anglers in the world utilizing Wolf Creek Park and fishing on Grand Lake O’ The Cherokees.”

In addition to the competition, REDCREST 2021 will feature an outdoor sports consumer expo at Tulsa’s Expo Square February 26-28, 2021. The three-day, family-friendly celebration will feature meet-n-greets and seminars from MLF pros and other celebrity guests, entertainment, as well as the latest in outdoor gear with the top fishing, hunting, boating, and consumer brands showcasing new products and offers.

“Expo Square is enthused to be selected as the host venue for Major League Fishing’s Bass Pro Tour Championship, REDCREST in February 2021,” said Mark Andrus, Expo Square President and CEO. “We strive to provide excellent customer service, throughout our clean and family-friendly facilities. Our teams are ready to build a partnership with Major League Fishing and look forward to developing an impactful event to the sport.”

The full lineup of exhibitors and schedule of events will be announced later this year. Fans, sponsors, and exhibitors alike welcome the fact that Major League Fishing has built its competition format to enable 50+ pros to be on-site, meeting fans each day of the expo. The festivities will culminate into Sunday’s celebration – a first for competitive bass fishing – when the full field of 30 REDCREST competitors, including the newly crowned Champion, will be in attendance. All activities, including interaction with the MLF pros, are free and open to the public.