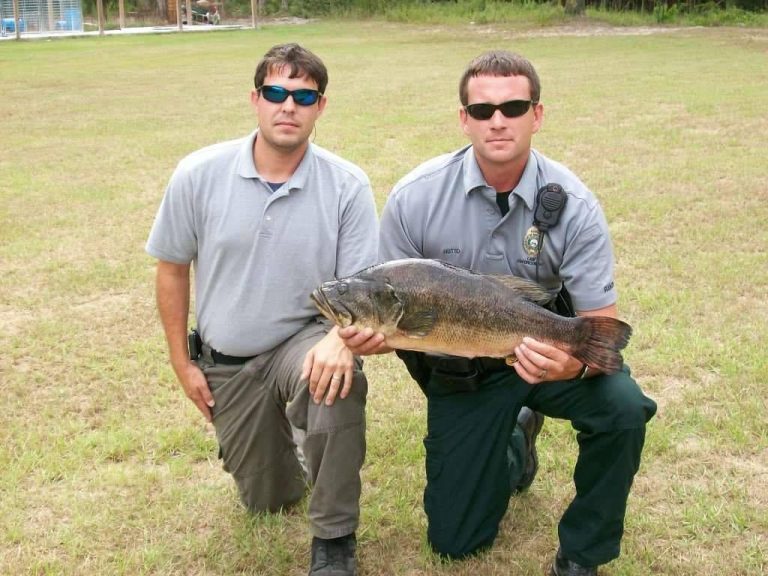 More alleged fishing tournament cheaters have been cited by Georgia Department of Natural Resources, this time on Banks Lake in Lanier County, Ga. Two tournament anglers purchased an 11 1/2-pound bass from two recreational anglers not involved in the competition.

I spoke with Captain Scott Klingel, south-central Region VI Supervisor with the Georgia Department of Natural Resources Law Enforcement Division and he shared the details from the incident report.

According to the incident report, tournament anglers Ronnie Eunice and Brandon Smith were competing as a team in the Southern Bass Busters Association Tournament on July 12, 2014 when a recreational fishing boat approached them. The recreational anglers, Dustin Miller and Sarah Demott, stated that they caught a big bass and asked the tournament boat if they could use their scales to weigh it. The tournament anglers weighed the fish at approximately 11 1/2 pounds.

Klingel told us that somewhere in the course of the interaction, a deal was struck between the parties to purchase the bass.

The tournament ended and Eunice and Smith weighed the fish as their own. They won first place and the big bass pot for a grand prize of $305.00, according to reports from the tournament director.

After an investigation by the Georgia Department of Natural Resources Law Enforcement Division all parties were issued citations for illegal buying and selling of game fish. The angler who actually caught the big bass, Dustin Miller, was given an additional ticket for fishing without a license.

The bass was seized on July 18, 2014 by Ranger First Class Tim Hutto. It was dead upon confiscation. According to the Klingel, this is a closed case by the Georgia DNR.

Other articles related to cheating in fishing tournaments: