I’m a tackle junky at heart. That’s nothing earth-shattering I’m sure, and it’s the simplest answer for why I still love ICAST after about 10 years of attending. ICAST for those that don’t already know is the International Convention of Allied Sportfishing Trades held each year by the American Sportfishing Association (ASA).

In simpler terms it’s most of the major manufacturers in recreational fishing, putting their current and new tackle on display for buyers and editorial folks to see, order and inform consumers about in one large location, typically in Las Vegas, or as is the case this year, Orlando.

But I love ICAST.  I love everything about fishing tackle. I’m borderline OCD when it comes to fishing. I’m not afraid to admit that because it fuels my sense of urgency and undying thirst for more information about fishing. My OCD is never more apparent than when it comes to fishing tackle. I spend hours in the workshop tying skirts, pouring jigheads, bending hooks, dying and painting and otherwise altering and tweaking lures when I can’t be on the water using new tackle. I get to see a lot of other folks crazy ideas at ICAST. I love that.

I love ICAST for all the new colors, shapes and sizes. I’m not so much interested in the next guy’s version of the other guy’s stuff as I am improvements to a good idea or tangents from an original idea that yield a completely new idea. I love that folks are constantly trying to figure out better ways to catch a fish … just like me. 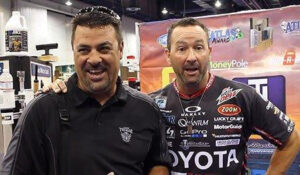 I love ICAST for the family reunion. I only get to see my friends and colleagues in the industry once or twice a year usually because a lot of us are heads down working as much as possible or on the road traveling to another fishing destination somewhere across this country. So events like ICAST are the only times we get to see each other face-to-face and swap new fishing stories since the last time we got to swap old fishing stories.

I love ICAST for the small ideas on the cusp. Every now and again their is a diamond in the rough at ICAST. An idea that is about to breakout and change an approach, a technique or a whole genre of fishing  tackle. It’s neat to see those things unfold. And they often start to take shape at ICAST.

I love ICAST for the excitement again. Sometimes recreational fishing can get monotonous. The grind of making, distributing, selling and buying lures and tackle can cause you to lose focus on the fun in fishing and in the tackle that fuels fishing. So I like the renewed sense of excitement about their new ideas coming to fruition.

Why do some folks not love ICAST

My first guess as to why folks don’t love ICAST is because they think it’s for someone else. It seems like folks get hung up on price, knockoffs, and other aspects of creating and selling tackle that detracts from the idea, the development and the creation of those ideas.

Yep there is a lot of stuff that I’ll see this week at ICAST that I won’t ever own and will never be able to afford. That doesn’t mean I’m not going to go look at it and say, “Man. That’s still pretty cool.”

I get it. Sometimes the best ideas are really just the third or fourth version of the original idea. I believe innovation lies not in finding some new material to make something out of. But in how to make an idea for half as much money. So that you can lower development costs and pass those savings on to the angler. That’s innovation. That’s having to really get creative.

Making something out of the most expensive materials on earth because they are a couple of ounces lighter is not very compelling to me. Making that same product the same weight for half as much compels me.

But I don’t let myself get hung up on price or variations. Ultimately I believe the consumers will right those ships on their own. By that I mean if you build a really cool product that no one can afford or likes, you won’t be selling that product for very long.

Likewise, if you’re making a product, that’s the 10th version of a similar product just made by a different company and it’s not any better than the originals, you’re probably not going to sell many. Making your version of something so your pro staff will quit throwing the other guy’s stuff is not innovation. Taking a good idea and actually fixing the shortcomings with it, taking it in a bigger direction is innovation.

Many folks don’t like the voting at ICAST. You can put me in that party as well. Many folks who don’t deserve to win best of show, do, and many folks who should have won, did not. That’s my opinion of course. But I’m more in tune with fishing tackle than most. In fact there have been best of show winners that never actually saw the light of day or got sold to anglers.

But best of show awards are hardly a reason to not like ICAST. And a bunch of great deserving products win those awards every year. So I find it hard to knock it for that reason. 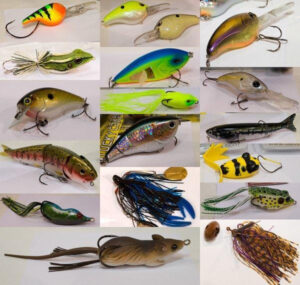 How does the common angler love ICAST?

Most anglers, who love fishing and fishing tackle like I do, wish they could be here this week. I wish you could be too. I know I wanted to go to ICAST 15 years ago before I finally did. But it’s easy to enjoy ICAST without being there. Namely by keeping glued to Wired2fish.com starting Tuesday night after the New Product Showcase.

Yes it’s a shameless plug, I know. But we really will be working 18 hour days providing tons of posts, photos, thoughts, impressions and anything we see of relevance at this year’s ICAST show. We want you to feel like you’re here with us and will do our darnedest to make you feel that way.

We won’t make it to every booth. We never do. There’s just too many to see in 3 days. If we only spent 10 minutes per booth, we still wouldn’t come close to seeing everything. That’s the disappointing part of it for us, and I’m sure for you. But we prioritize and try to cover all the relevant stuff we can.

We will be checking in all day, however, posting the latest booths we visited with photos and our thoughts on the products and some general specs to get you informed about everything relevant here so you can be on the lookout for things that interest you this fall and winter.

We’ll share what we find on our website, on Facebook and Twitter and beyond starting Tuesday night with the New Product Showcase just for media. And starting Wednesday morning at 8 am CST, you will see a lot of posts flying through your timeline on Facebook and Twitter. So prepare for a week of the fishing tackle whirlwind. If you miss a post at anytime, you can always go back and find it in our ICAST section on Wired2fish.com.

From Scott, Marty, Todd, Terry, Walker and me, we’ll run around this show, covering miles and miles of fishing tackle until they kick us out on Friday, and hopefully we’ll get to everything you want to see here.

It’s ICAST time again. And I love it!