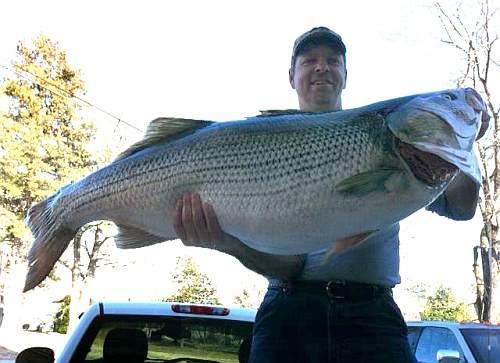 We wrote about Rodney Ply being denied state and world record status for the 68-pound landlocked striper he caught in Arkansas back in May of 2012. Now the plot thickens as Ply has taken the matter to court. Not for just the world-record certification but also the $1 Million purse he missed cashing in through the Mustad Hook a Million contest that was going on at the time. If an angler caught one of the approved gamefish that was certified as a state record, the angler won $100,000. If the catch was certified as a world record, the angler won $1,000,000. Both the AGFC and IGFA denied his record because the fish fell for the controversial umbrella rig.

The IGFA should receive the suit sometime in the next week and have 20 days to reply. For more on the story, here is a link to an article on ABC News.

What do you think? Should he get the certified record and cash payout?