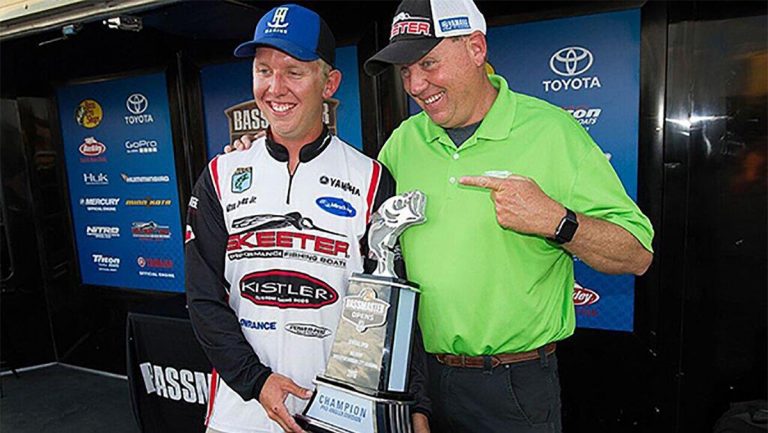 Never, in all of his previous 26 seasons of bass tournament competition, has Alton Jones been concerned with how many fish any other anglers may be catching, but that will change this year. That’s because the Yamaha pro’s 24-year old son, Alton Jr., will be joining him on both the Bassmaster Elite circuit and in the 2017 Bassmaster Classic as he begins his own full-time professional career.

“He’s a better fisherman than I am, too,” admits Alton, Sr., winner of six B.A.S.S. events during his career, including the 2008 Bassmaster Classic. “He’s more versatile and he understands the fish better than I do. He may not have as much experience as the other pros, but he’s still going to be a tough competitor.” 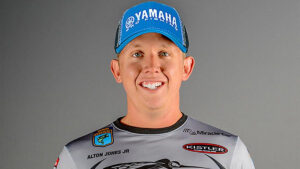 “Little Alton,” as many know him, graduated from Baylor University with a degree in marketing in 2014, all the while planning to start fishing professionally as soon as he graduated. He spent the next two seasons fishing the Bassmaster Open Series just to qualify for the Elites, and did so through his consistently high finishes in the Central Division this past year. By winning one of those events on the Red River in Louisiana, he also qualified for the Bassmaster Classic, to be held this month at Lake Conroe near Houston.

“Dad had me in the boat with him when I was still an infant,” laughs Alton Jr., now also a Yamaha pro. “And later I traveled with my parents to each tournament and fished every practice day with him for years. I always thought becoming a bass pro sounded good, but it wasn’t until the 2008 Bassmaster Elite season that I definitely made up my mind.

“That year, I fished eight Elites as a co-angler, and loved every minute. It was an incredible experience because I got to fish with a lot of the top bass pros, and afterwards I knew without a doubt I wanted fishing to be my career. I was ready to start immediately, but my parents wouldn’t let me until I earned a college degree. That was a long four years, but I’ve already realized the benefits of having that degree, particularly a degree in marketing.”

Understanding his son’s desire to turn professional, as well as to add extra incentive to complete his college education, Alton, Sr. made a fully rigged bass boat available for Little Alton to use anytime he wanted to, as long as he maintained good grades. Little Alton took advantage of the opportunity, fishing numerous weekend tournaments throughout Texas during his time at Baylor. Those events, in which he won several boats and cash prizes, helped prepare him for the Opens, and ultimately, he believes, for this season’s Elites. 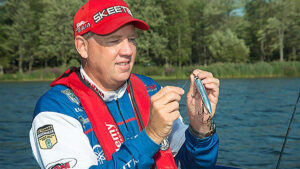 Although both father and son visited Lake Conroe before the impoundment went off-limits, they did so separately. The discussions they’ve had about the Classic lake, as well as about other lakes they’ll fish during the season, have only been about general overall strategies. The experienced father has not given his son any specific information.

“He really doesn’t want any information,” emphasizes Alton, Sr. “He is his own man on the water and he’s very confident in his own abilities to locate and catch fish. He’s proven that many times over, and besides, our fishing styles are completely different. He doesn’t need my advice.

“When I started taking him fishing with me, I wanted him to grow to love fishing just so he and I could spend time together,” says the long-time Yamaha pro. “When B.A.S.S. changed their rules about tournament practice partners, it ended that opportunity for both of us.

“Honestly, what I’m most excited about this upcoming Elite season is being on the road together and having more father-son time. Am I concerned about fishing against Little Alton? Of course not. Naturally, I’m his biggest fan.”