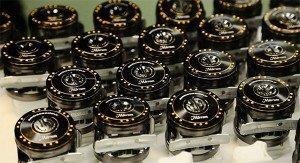 At ICAST 2014, Abu Garcia will be re-introducing new versions of many of their popular round reels like the Record, C4, C3 and Morrum. They will also be launching a documentary video behind the scenes with Abu Garcia to get a history of the company and an inside look at the ideas and philosophies that drive it. There is an interesting preview video up now about it. To preview the documentary, check out this video.

“You know the wonderful thing about fishing is that whether it’s a garbage collector or an executive, on the river they are equals. Nobody cares what profession you have. It’s the guy with the biggest catch who is the superior.”