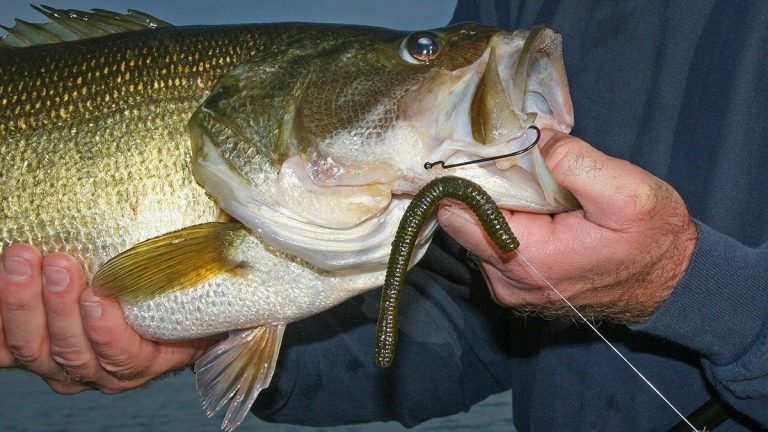 A toad blows a huge hole in the water, but when the spray settles, your bait still sits there â€“ unharmed and unclaimed. Other times, that surging wake, or – better yet – a finned outline trails your bait with promising focus, only to lose interest and drop out of sight.

These misses are a part of bass fishing â€“ but that doesn’t mean you have to be okay with it. Master follow-up lures to catch those bass that miss.

The fact is anglers who can get inside the fish’s head stand a better chance of getting that fish inside the boat. Not every approach will yield those line-jumping strikes for which we live.

Various tactics bring different levels of immediacy, but one truth stands consistent: A fish with enough interest to follow, boil or strike at a bait remains a catchable fish, as long as you act quickly.

Let the fish’s enthusiasm chill and it’s back to square one.

That’s the thought behind follow-up baits. Conceived of strategic forethought, a well-calculated “what-if” plan can be a serious day-maker.

Sometimes, it’s a simple size or color change, but other scenarios may call for a different bait style that reasonably follows the initial “look.”

Exactly what you should keep rigged and ready varies based on your primary fishing objective, but here’s a handful of examples from which to craft your personal plan.

When he’s throwing a bait high in the water column like a topwater walking bait, popper, or buzzbait, Bassmaster Elite Series pro Chris Zaldain favors a jerkbait. A great option for spring and fall when the fish are aggressive, this subsurface bait plays upon the easy meal image.

“The erratic jerkbait simply gives the fish a ‘wounded prey’ look after they swipe at or miss the primary bait,” Zaldain said. “My go-to is a Megabass Vision 110 jerkbait in Pro Blue color.”

Elsewhere, topwater specialist Zell Rowland loves his Chug’N Spooks and Zell Pops; but he knows he’ll miss a few farsighted fish with poor aim. These and the occasional window shoppers are usually pretty susceptible to the charms of a Texas-rigged Yum Mighty Craw tossed at the point of last contact. However, Rowland has another conversion tactic.

As the Texas pro explains, a follow-up bait doesn’t necessarily have to be a different bait.

That’s one of the reasons Rowland likes feathered rear trebles. After a near miss, Rowland will dead stick his topwater momentarily and then impart just enough motion to make that feather contract and expand. This tickler motion often taunts a watching bass into striking.

“When a fish boils and misses, I don’t want to kill the action on that bait, unless I have a feathered trailer on the back,” Rowland said. “If I gently make a turn in the reel handle, the feather reacts as fast as you turning a light switch off and on. It closes and then while it’s sitting dead in the water, it’s reopening. Nine times out of 10, I can make a fish bite that bait if it has a feather.” 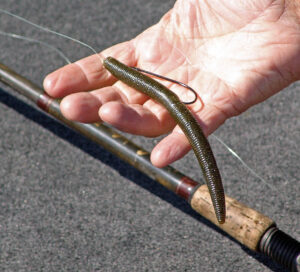 With subsurface presentations like spinnerbaits, crankbaits and swimbaits, Zaldain said his favorite follow-up offering is a soft plastic stick bait like the 4.8-inch Megabass Dot Crawler.

“The beauty in this bait is that it falls slowly and horizontally for that wounded prey look that appeals to bass,” he said. “Go-to colors are Natural Pro Blue when I’m throwing shad pattern primary baits. With any bluegill pattern primary baits, I’ll throw a green pumpkin Dot Crawler as the follow up.

As Zaldain notes, the stickbait tactic is particularly effective for shallow water smallmouth whose inherent curiosity often tapers at the moment of truth â€“ especially in clear water.

“Smallmouth are so curious â€“ they have to see what’s going on,” Zaldain said. “Sometimes, if they don’t eat the swimbait, they’ll follow it, or sometimes they’ll hit it before swimming back to a piece of structure or a drop-off. That’s when you lead them with the dropshot.”

When fishing shallow cover, particularly in dirty water, North Carolina’s Marty Stone often reaches for a 100 or 200 Series Bandit Crankbait. Life is great when the fish are into that presentation, but his experience tells him to keep an 8-inch Zoom Lizard handy. Texas-rigged with a 4/0-5/0 hook and a pegged ¼-ounce tungsten weight, that amphibian impostor is a deal sealer.

“I love throwing a shallow crankbait, but when I miss a fish, or if a fish swirls on my bait or I feel a fish take the water off the bait, I’ll throw that lizard â€“ it’s old school,” Stone said. “So often, when that fish misses the crankbait on a piece of cover, all he does is spin right around and reposition.

‘We’ve already shown him the crankbait and normally, if he misses it the first time, he’ll miss it the second time. But 90 percent of the time, if I can get that lizard in there, I’ll catch that fish.”

ALL IN THE FALL

Show Gerald Swindle a laydown and he’ll usually start picking at it with a ½-ounce Arkie Jig with a Zoom Chunk. Not far away, though, a Texas-Rigged Zoom Magnum Finesse Worm is rigged and ready. Fitted with a 3/16- or 1/4-ounce weight, the 4 1/2-inch worm’s subtle appearance contrasts the jig’s brash style, often with deal-closing appeal.

“If I flip a tree and I really think there’s a fish in there but my confidence or gut instinct tells me the fish just didn’t bite, it gives me a chance to pick up that worm and offer them a totally different look â€“ a little more subtle approach,” Swindle said.

Sometimes the follow up is just a change in bait profile. First thought here is usually downsizing; however, New Hampshire pro Joe Lucarelli said he’ll often go the opposite direction to push hesitant smallmouth over the edge.

“If I’m catching smallmouth on a Carolina rig with a 4 1/2-inch lizard and they stop biting, I might go with a 7-inch lizard and irritate them into biting,” Lucarelli said.

Texas pro Stephen Johnston points out that whenever he’s Carolina rigging and the fish keep nipping at the weight, he knows they’re too focused on that bottom disturbance to notice the actual bait. Shortening the C-rig’s leader is one option, but the more productive move is to follow up with a football head jig.

In these and any such scenario, consider the potent combination of timeliness and accuracy. Seize the opportunity with quick response, but make it count with a well-placed follow-up cast.

Time is of the essence, so don’t miss the moment.