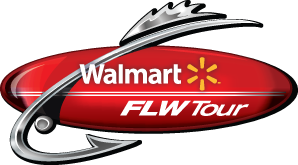 Goodwill pro and father of two Chad Grigsby of Maple Grove, Minn., caught a five-bass limit weighing 22 pounds, 13 ounces Sunday to earn a Father’s Day win and $125,000 at the Walmart FLW Tour on Kentucky Lake presented by Kellogg’s with a four-day catch of 20 bass weighing 73-3.

â€œThis is what everybody strives for,â€ said Grigsby, who notched his first FLW Tour win in his 10 seasons as a pro. â€œYou’ve got bars you strive for â€” make the top 20 and make the top 10. And I’ve bombed in some top 10s. But that’s because my whole goal is to fish to try to win it. Sometimes it works and sometimes it doesn’t.

Grigsby said he fished spots around the Paris area as well as around Moors Resort and Marina on Kentucky Lake. The Paris area consisted of a channel swing that featured turns in it. Grigsby said he targeted bass in 19 to 21 feet of water in that area with a worm on a jighead. Grigsby said he started the first two days of competition there to catch a quick limit and then ran north in search of bigger fish.

Grigsby said he caught about eight keepers Sunday; his key area was near a creek in front of Moors.

â€œThere’s a ditch that goes through it and then drops back to 15 or 16 feet,â€ Grigsby said. â€œAnd the top where the ditch comes back up is where the big shell bed is. That’s where I caught every one of them.

â€œEverybody was talking about catching 50 and 60 (fish) and whatever, but I didn’t get in on that,â€ Grigsby added. â€œIf I caught a bunch of little ones I wouldn’t stay, because I’ve found if you catch a bunch of little ones you don’t usually catch very many big ones. So if I caught one 3 (pounds) or better, that would be the area I would focus on.â€

Grigsby’s setup for the week included a 3/4-ounce Secret Lures football-head jig as well as a jighead with a homemade worm on it. Grigsby also employed the use of a Strike King 6XD deep-diving crankbait. Grigsby used a 7-foot, 10-inch All-Star cranking rod to cast the crankbait far enough to get it to dive to its maximum depth.

Grigsby said he was relieved to get his elusive first Tour victory behind him.

â€œI knew this day was coming,â€ he said. â€œI thought it would have been here by now. It wears on you a little bit when you get close and you can’t seal the deal. Everything just worked out.

â€œI wasn’t really on anything, but I could scrounge around and catch a couple of big ones every day, and today I happened to catch four of them,â€ Grigsby added.

Fukae was involved in a one-boat accident during Sunday’s competition and unable to attend weigh-in as a result. Fukae was treated for minor injuries and released and his cameraman was taken to a Nashville hospital for further observation.

In FLW Tour competition, pros and co-anglers are vying for valuable points that could help them qualify for the 2011 Forrest Wood Cup presented by Walmart, where they could win up to $600,000 â€“ the sport’s biggest award â€“ and $60,000 respectively. This year’s Cup will be in Hot Springs, Ark., Aug. 11-14 on Lake Ouachita.