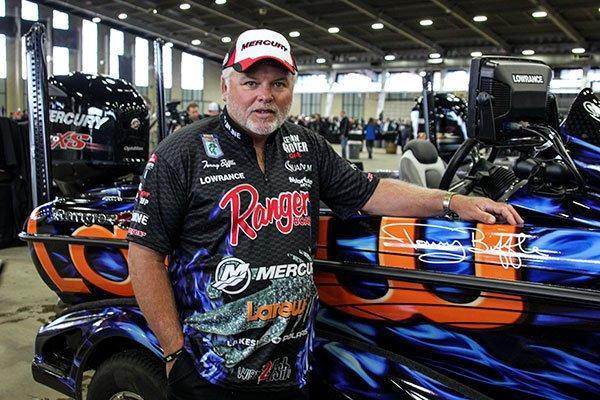 â€œNothing I found this week in practice will help me in the Classic. I tried to eliminate all of the crazy ideas I had in practice and decided I wasnâ€™t going to fish places that wouldnâ€™t last 3 days. Thatâ€™s the most important thing I did. I would go hours without a bite, but Iâ€™m looking for a school of fish set up, ready to eat. The water color is hurting the way I usually like to catch them here, and it worries me a little bit because itâ€™s inconsistent and I really think anyone has a chance to win. Itâ€™s going to be a merry-go-round out there.

â€œI think youâ€™ll have to have 2 big bites a day and thatâ€™s not going to be a simple task. If a guy catches 12- or 13-pounds the first day, they wonâ€™t be out of it because a 25-pound sack is a real possibility. The weather wonâ€™t affect the fishâ€”just the anglers. I love fishing in the cold, though.

â€œI have â€˜confidence areasâ€™. If I pass an area I didnâ€™t practice in but Iâ€™ve caught big ones there in the past, Iâ€™m probably going to pull in there. Iâ€™m fishing areas where I feel like a 4-pounder is looking at my bait on every cast.

â€œThis is the most pressure Iâ€™ve been under for an event. Iâ€™m fishing areas that I know I can catch fish with several different techniques in order to eliminate things and establish a solid pattern. People will probably see me start on the same areas on multiple days. The weather isnâ€™t going to dictate how I approach the tournamentâ€”I just want to go out tomorrow and catch enough to give me a chance on the second day. Trust me; there are some really big sacks out there to be caught.â€

â€œI found a lot of brush piles in practice that I didnâ€™t previously know about. I never made a cast the entire practice period. I just used my electronics to see what else I could find.

â€œIâ€™ve got several areas and spots that I can catch them in. Iâ€™ve got 2 or 3 patterns that are working really well. The weather isnâ€™t going to impact my fishing at allâ€”I just hope it quits raining because I want the best water clarity I can get. I may be making long runs each day.â€ 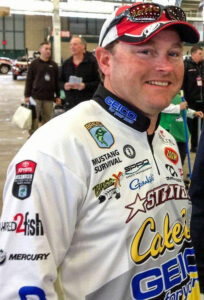 â€œEverything Iâ€™ve learned in practice is going to help me a lot because I donâ€™t know if Iâ€™ve ever fish Grand Lake in January or February. I had to really figure out how they were going to position and my practice was very productive. Iâ€™ve spent a bunch of time in the main lake in the past, so Iâ€™ve been running a lot of creeks and pockets looking for prespawn staging areas. Itâ€™s like fishing a new lake.

â€œThere are a lot of 20 pound bags here, but those are mostly caught in team tournaments. The Classic fishing day if much shorter. If a guy catches 17 or 19 pounds the first two days, theyâ€™ll absolutely be in contention to win.

â€œIâ€™m going to focus on one primary area of the lakeâ€”2 or 3 creeks and a number of main lake pockets. There are a few places that Iâ€™ll be fishing multiple times each day, but youâ€™ll catch some fish in areas you didnâ€™t catch them in practice.

â€œIâ€™m definitely going to be fishing patterns while covering a lot of water, but you have to cover water between key places because the fish are still scattered. The thing about Grand Lake is that a big bite each day will definitely be helpful because there will be a lot of 11 to 13 pound stringers caught. There are tons of 3 to 5 pound fish, and if a guy figures out how to catch those fish, theyâ€™ll be in great shape.â€ 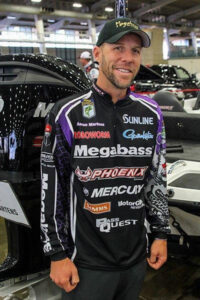 â€œI came and scouted some during the pre-practice period and sat on my bottom and graphed for 4 out of the 5 days. To be honest, I really didnâ€™t learn much. Itâ€™s going to be totally different now. During the most recent practice days, I stayed off a lot of my good stuff and didnâ€™t find a whole lot of new areas, which is honestly a little disturbing to me. I hope a lot of the decent areas Iâ€™ve found are better than I think because I didnâ€™t really work them over too much. Deep down, Iâ€™m a little concerned.

â€œThere are a lot of great local anglers fishing this tournament and I was hoping for some abnormally warm weather to help level the playing field. These local guys are more familiar with the lake, so theyâ€™ll naturally have more backup plans with this nasty weather. Ice is going to play a big factor, especially the first day. Iâ€™m going to have to do a lot of line guide tricks every 30 or 40 minutes.

â€œIâ€™ll be throwing a really cool prototype jerkbait from Megabass. There are only 6 of these baits in existence and I have them all. Itâ€™s about 3/4 the size of the original 110 model with 3 sets of treble hooks. In practice, I caught 2 fish in 3 casts with it and put it away. 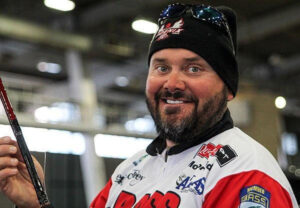 â€œItâ€™s a pattern deal for me. The way the Classic has been recently, if you were in the wrong spot day one, you were out of it. This type of fishing makes it an even playing field because you can run so many areas if your first one doesnâ€™t pan out. Youâ€™re not locking or running 120 miles to one place. I like pattern fishing better and I feel like itâ€™s one of my strong suits. If you move around enough, you can run into some big, big fish.

â€œWith the water temperature dropping, itâ€™s not going to help anyone, regardless of what theyâ€™re doing. I havenâ€™t noticed a whole lot of guys around my areas, so Iâ€™m pretty happy about that. It doesnâ€™t matter if itâ€™s going to be 60-degrees on Sunday, because itâ€™s going to be in the 20s the night before. The water temperature will pretty much stay the same. Warmer temperatures will help me be more comfortable and efficient, but the fish wonâ€™t care.â€ 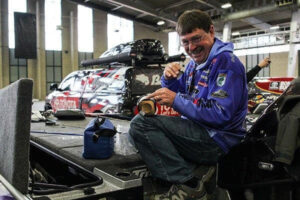 â€œIâ€™m boat number 51 tomorrow with only 2 guys blasting off behind me. I may get to my best stuff and it be covered with boats and I may just be playing leapfrog. Iâ€™m a realist, not a pessimist, but I really have to have backup plans.

â€œItâ€™s going to be a pattern tournament for me. The thing about it, though, is thereâ€™s only so much good water in a certain area of the lake. There are very specific conditions that are only available in specific areas of the lake. So if you move elsewhere for your pattern, youâ€™ll catch a couple but not a whole lot. Iâ€™ve got two different things in mind, but itâ€™s a very limited area. The thing with 3 days of practice is that when all the best anglers in the world get that much practice time, they all find the same stuff.

â€œI donâ€™t think youâ€™ll have to work too hard to find the top contenders on the lakeâ€”theyâ€™ll probably be within a 5 to 7 mile area. These fish love the cold weather. We may have an issue with it, but the fish could care lessâ€”they want to be fed! You canâ€™t get a better wintertime fishery than Grand Lake.

â€œI hope everyone stays safe in these conditions, and thatâ€™s something weâ€™ll have to be really careful with.â€ 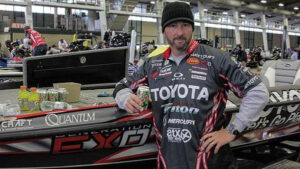 â€œThese fish are so used to being freaking cold they could care less. Weather is just something that people use to distract attention from the fact theyâ€™re not catching them. The best thing you can do is wear quality clothes and block the cold out mentally.

â€œItâ€™s tough when your hands are so cold you canâ€™t pick your nose, but it doesnâ€™t stop the fish from bitingâ€”they have to eat or theyâ€™d all be dead.â€ 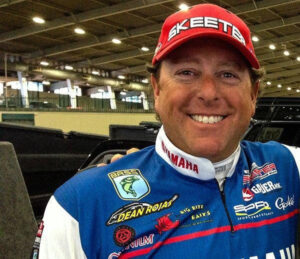 â€œThese fish are used to these fronts coming in and out of here this time of year. Is it going to change? Maybe a little bit, but I just have to really slow down in this colder weather and focus.

â€œIâ€™m running patterns and have specific areas that are holding fish. To win, I think someone is going to need in the low 60-pound range by the end of the final day. I definitely think the best day for big bags will be tomorrow.â€ 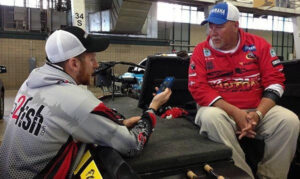 â€œI feel good with the practice that I had. With this rain and weather thatâ€™s happened I think guys are going to have to keep an open mind. Conditions will change, but what I was doing should continue to work because I donâ€™t foresee my fish moving much. Itâ€™s going to be all about getting the right bites.

â€œCatching fish wonâ€™t be the issueâ€”2- and 3- pounders have been pretty consistent. The real difference maker, in my opinion, will be those 5-pounders and theyâ€™re a little tougher to come by. The guy that gets the right bites is going to win.

â€œIâ€™m going to be running a pattern. I think the fish will bite in a 2 to 3 hour timespan tomorrow late in the day. Iâ€™ve got to be sure to be patient and let things happen. What Iâ€™m doing should work in these conditions, too. The fish are right where I want them and Iâ€™m really looking forward to it.”