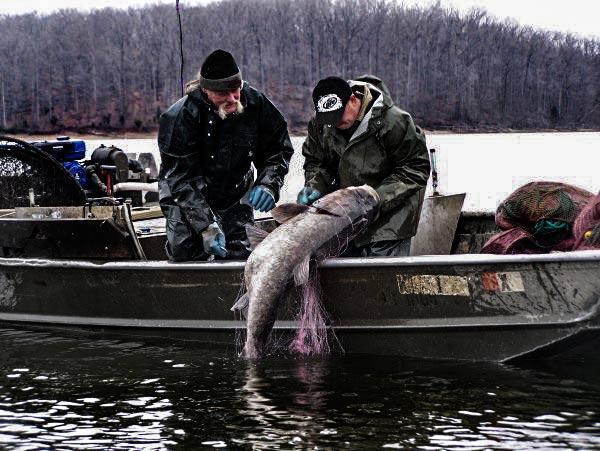 Kentucky will unleash a full-court press against invasive carp during a tournament being held in March.

The Carp Madness Tournament will get teams of commercial anglers competing in a contest to corral the growing population of Asian carp in two of the stateâ€™s largest and most popular fishing lakes. Five teams that bring back the highest poundage of fish will split $20,000, with the top prize being $10,000.

The Kentucky Department of Fish and Wildlife Resources is putting together this unique event for March 12-13 at Kentucky and Barkley lakes in the western end of the state.

â€œWe believe this is the first freshwater tournament for commercial anglers in the country,â€ said Ron Brooks, fisheries director for Kentucky Fish and Wildlife. â€œCommercial anglers are the most effective way to control Asian carp, so we thought that weâ€™d make a competition out of the effort.â€

Asian carp species of concern include bighead carp, silver carp and black carp. These fish were brought to America by fish farmers in the 1970s. They escaped into the wild soon afterward and soon became established in the Mississippi River.

These carp first appeared in the tailwaters of Barkley and Kentucky lakes in 1987. Since then, Asian carp have spread throughout the entire 665 miles of the Ohio River bordering Kentucky. They also have spread into the Kentucky River, Green River, Salt River and the Rough River.

Nationally, Asian carp have spread throughout the Mississippi River basin and could threaten the Great Lakes if they make it past electrical barriers.

â€œAsian carp are a threat to our native species and habitats because they compete with other fish for the plankton which forms the base of the food chain,â€ Brooks explained. â€œThey grow large â€“ a bighead carp caught in Missouri weighed 111 pounds â€“ and breed prolifically. Young sport fish like crappie and bass, and other plankton feeders such as paddlefish, shad and buffalo, are being robbed of the food they need to thrive.â€

Plankton feeders such as bighead and silver carp are not very susceptible to being caught with bait on a hook, although they are often caught by snagging. Netting is the most effective means to harvest large numbers of these fish.

Kentuckyâ€™s tournament is being held in the middle of the week to avoid conflicts with recreational anglers. Volunteer observer, consisting mainly of sport anglers, will keep records of anything other than rough fish being caught and released.

Brooks said the tournament is being held in mid-March so that fish can be removed before they have a chance to spawn. â€œWe want to impact that next generation,â€ he added.

A sighting by a commercial angler on Kentucky Lake last fall is giving officials a greater sense of urgency to tackle the problem. â€œRight about dusk, he saw a huge school of carp just underneath the surface,â€ Brooks said. â€œHe reported there were fish from bank to bank, and as far up the lake and down the lake as he could see. Thatâ€™s why this tournament is so important.â€

For more information about registering for the tournament or to volunteer to be a spotter, visit the Kentucky Fish and Wildlife website at fw.ky.gov or call1-800-858-1549. 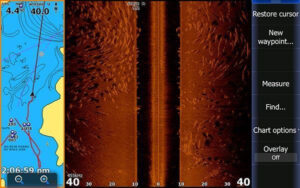 All those white dashes you see on the screen are asian carp. That’s just an 80 foot stretch of a massive school of carp that filled one of the major bays on Kentucky Lake.