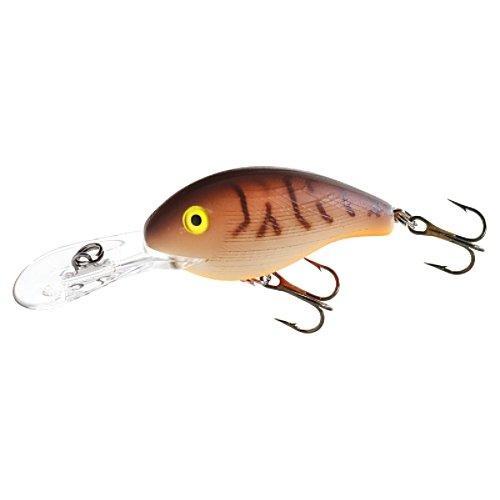 Forty  plus years ago Rebel Lures introduced the Wee R and the Deep Wee R. At the time crankbaits were in their hayday with names like Bagley, Norman, and Bomber. Tommy Martin had won the Bassmaster Classic on the Bagley. Stanley Mitchell matched that feat with a Bomber. Paul Elias was introducing the “neel and reel” technique on the way to another crankbait victory in a Classic  and at the same time a  new smaller crankbait was making its name and it was called  the Rebel  Wee R.
The Wee R was introduced as a small profile shallow running crank that worked well on rip rap, rocks and points. The classic shape of the Wee R has stood the test of time and is still available and most retailers still offer it in 11 or more colors. The Wee R will run  4-6 feet and the unique wobble combined with a  tight tracking retrieve allows the angler to fish it all day. The Wee R is 2 inches long, weighs 3/8 of an ounce and utilizes number 6 trebles.
The Deep Wee R is the deeper diving cousin of the Wee R and early models including a ball bearing weighted lip. The Deep Wee R dives from 8-10 feet.
The Rebel Lures company founded by George Perrin in 1961 in Fort Smith, Arkansas and is now a PRADCO company.
Next
Contact Us