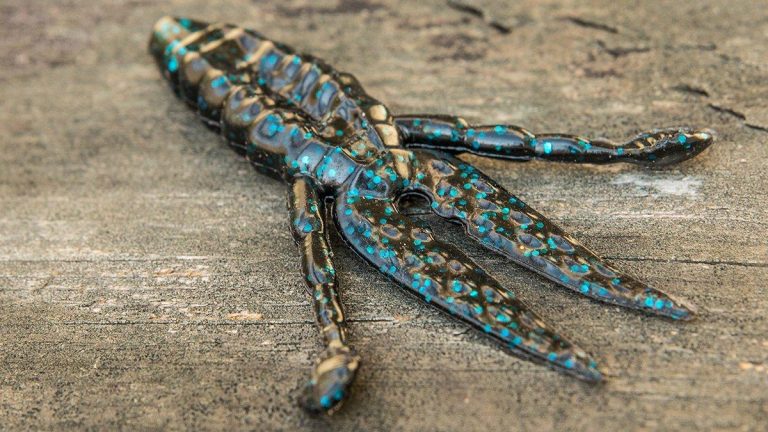 Apparently I’ve been living under a rock because until recently, I hadn’t even heard of the Berkley Powerbait Thief. Wired2Fish CEO Todd Hammill was ranting and raving to me about it and ended up sending me a couple of packs to try. And my word, it catches the tar out of ‘em.

I’ve been fishing with it for about a month and it’s a darn good bait for flipping and pitching; it’s quickly becoming one of my favorites. 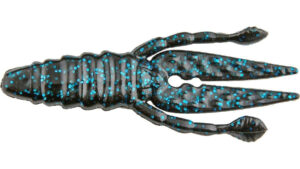 It’s infused with the Powerbait formula and it’s a pretty beefy little bait. But again, there’s more to it than initially meets the eye.

I’ve been using this bait to pitch and flip any shallow cover I come across; if you can name it, I’ve probably pitched a Powerbait Thief to it throughout my testing. I’ve also been skipping it underneath docks when the sun is high in the middle of the day.

As it falls to the bottom on a lightweight Texas rig, its bulbous claws kick violently as its flat tentacles facilitate a nice gliding motion. When hopped on the bottom, the tentacles sway a bit, but the most noteworthy characteristic is the raised posture of the claws. I’ve experimented with it in very shallow, clear water and it looks very similar to the natural defensive posture of a threatened crawfish. 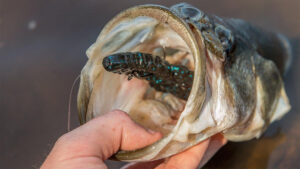 In regards to the Powerbait formula, I think it does make the bass hold onto it for a little longer than some other soft plastics. I say that because I’ve had a few days when the bass were short striking a similar bait and when I switched to the Thief, they were thumping the heck out of it and trying to swallow it. It could just be coincidence, but I’m just going off of my personal experience. 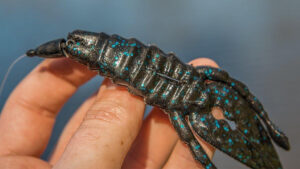 I really like how durable this bait is—the above picture was taken after catching 7 bass on a single bait. It stays on the hook very well when both skipping and fighting fish and at $4.49 per 8-pack, I think it’s an excellent value.

Its flat profile also allows you to skip it very easily. It doesn’t catch a lot of water when it hits the surface, so it’ll skip like a river rock for most anglers. If you’re having trouble getting bites on your local boat docks, I think this would be a great bait to try. 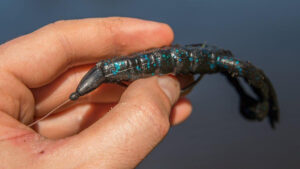 It also penetrates thick cover easily. There are not a lot of appendages hanging off of it, so you’re able to quietly slide it into and out of heavy laydowns and vegetation with very minimal disturbance.

There’s something about this bait that the bass love—or hate—depending on how you look at it. It has been catching a bunch of fish for me lately and it has quickly moved up to the front lines of my pitching and flipping arsenal.

The Berkley Powerbait Thief is available at TackleWarehouse.com.