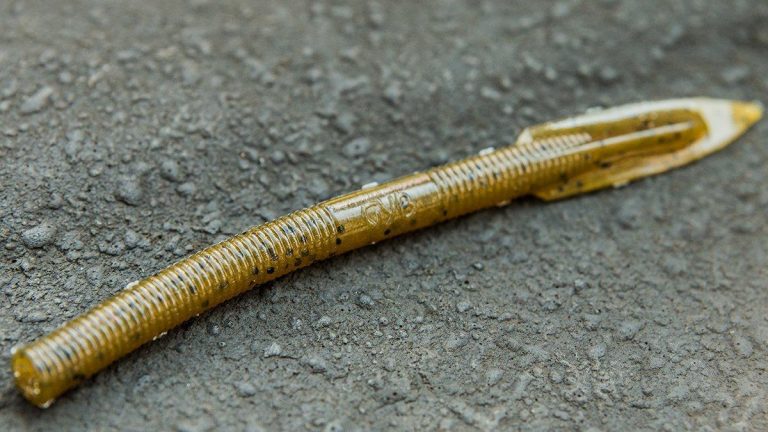 Lots of folks tend to gripe about it, but when the fishing gets tough, finesse fishing is a tried and true way to get a lot of bites. It catches fish. Period.

I’ve been experimenting with a new finesse worm lately called the Yamamoto California Roll. I didn’t even know it existed until recently and I’m thrilled that I happened across it. It’s quickly becoming one of my most trusted shaky head worms and it also works well on a wacky rig. 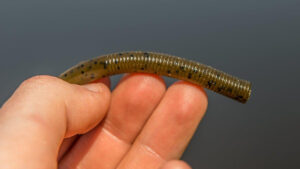 The Yamamoto California Roll is 5 inches long and it’s available in 10 great-looking colors. You’ll find colors suitable for clear water, muddy water and just about everything in between.

It’s easiest to describe this worm as a skinny, spade-tail Senko. It has many of the same attributes as its popular cousin, including super-soft plastic, a ribbed body and a heavier feel to it than many worms of similar size. 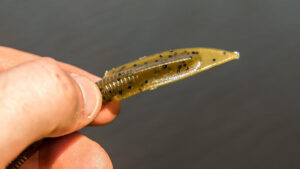 In regards to performance, it undulates and dances with very little rod movement; even the slightest water movement such as current will bring it to life. Its action is impressive on drop shots, neko rigs, shaky heads and wacky rigs alike. If you’re using a worm on spinning tackle, you’ll find a way to utilize the California Roll without any problems. 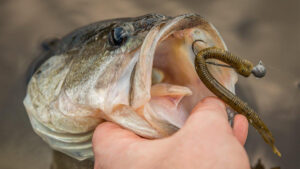 I’ve primarily used this worm on a lightweight shaky head fishing docks and brush piles. I really like how well it casts. Because it’s so loaded down with salt, it’s much heavier than you’d think which allows for bomb casts and easy skipping.

The spade tail seems to significantly slow the fall down which can be a big producer, especially when targeting vertical cover in shallow water. I’ve taken advantage of this on a wacky rig and have had some great luck with it. Because its thinner than a Senko, I’ve found it to work extraordinarily well with weighted wacky hooks. A lot of those hooks are very small and a thicker stick worm can overpower them, causing a poor hookup ratio. I haven’t had that problem with this particular worm.

It’s hard to go wrong if you thread the California Roll onto your favorite shaky head. I’ve tinkered with it in shallow, clear water and the tail action is outstanding. By just popping the slack in your line, you’ll get plenty of bites from lethargic bass.

This worm is, however, a bit fragile. Because it’s so salt-heavy, it will rip and tear. I’ve caught two or three bass on a worm, but I’ve found that it often slings off when bass jump.

If you’re willing to sacrifice a little durability for a more lifelike action, you’ll quickly fall in love with this worm. There have been many instances in which it has outperformed other worms for me, so I’ve gained a lot of confidence in it.

The Yamamoto California Roll Worm is available at TackleWarehouse.com.