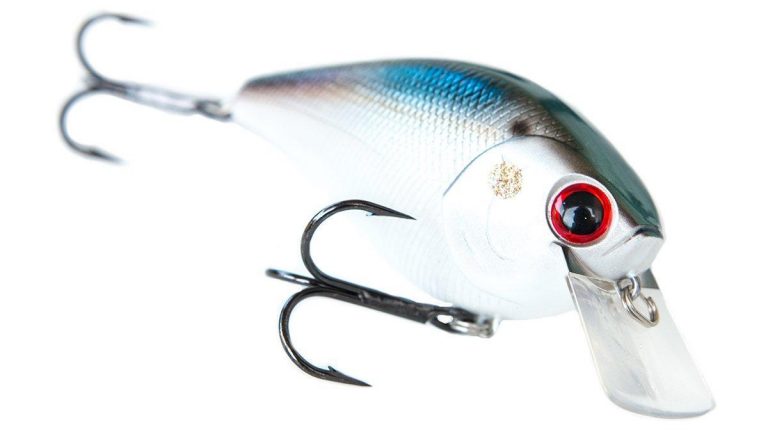 Iâ€™ve always been a big believer in experimenting with different-sounding shallow crankbaits. There have been many instances in which Iâ€™ve made a simple change in pitch and turned a terrible day into a great one. Why is this case? Weâ€™ll probably never know for certain, but I tend to think bassâ€”especially the older, smarter onesâ€”can become conditioned to the typical high-pitched rattling of most crankbaits.

I had a chance this summer and fall to fish with the Lucky Craft LC DRS Crankbait. The DRS stands for â€œdeep rattling soundâ€, so I spent a lot of time testing its effectiveness during some excellent shallow cranking windows on my home fishery.

This lure has 4 particularly noteworthy characteristics.

The sound is certainly different

I have a few very specific shallow crankbaits that have a high-pitched, maraca-like sound as they move through the water. But I only tend to use these lures in special circumstances in small windows throughout the year. In most situations, Iâ€™m looking for anything that sounds different and is hard for other anglers to duplicate.

The Lucky Craft LC DRS Crankbait has a low-pitched rattling sound regardless of your retrieve speed. If I had to try to imitate its sound through written word, Iâ€™d probably go with â€œclack, clack, clackâ€. Whenever Iâ€™ve fished this lure in super shallow water, Iâ€™ve actually been able to hear its single internal rattle all the way back to the boat.

Holding this squarebill in one hand, Iâ€™ve gone through just about my entire squarebill collection while performing a â€œshake testâ€. Itâ€™s not very scientific. In fact, I looked like a percussionist in a mariachi band. But throughout this little exercise, I had a very difficult time finding a squarebill that sounded similar to this one.

Of course, the slower you reel this lure, the slower the single rattle moves back and forth. This creates a much more deliberate, hypnotizing sound that has proved to be quite productive when targeting very shallow riprap and isolated stumps.

As you speed your retrieve, youâ€™ll notice a much faster and, for lack of a better term, a less organized â€œclackingâ€ sound. Iâ€™ve had a lot of success burning the LC DRS next the docks because each time it collides with a post, the constant clack is momentarily interrupted and seems to trigger reaction bites from fairly lethargic bass.

Great in open water and cover 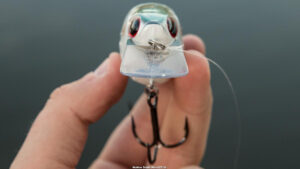 Whenever Iâ€™m choosing a squarebill, Iâ€™m looking for two important characteristicsâ€” I want it to hunt at moderate speeds and it also needs to float quickly. These attributes assure that Iâ€™m able to cover water quickly and efficiently.

The LC DRS does seem to hunt quite well. Its erratic action is a bit more pronounced at higher speeds, but I was still pleased with its tendency to wander from side to side with a medium-speed retrieve on a 6.4:1 gear ratio reel. When it bumps into cover, it aggressively kicks to the side but quickly returns to center without helicoptering or spinning itself out. 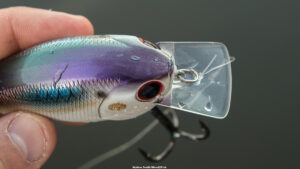 Iâ€™ve also found the buoyancy of this lure to be especially helpful in areas adorned with heavy cover. When you hit something and pause this lure for just a second or two, it quickly floats above and away from the obstruction, allowing you to resume your retrieve with very few hang-ups. For this reason, Iâ€™ve been able to cover water very quickly with the LC DRS and have experienced just a couple of snags in several months. 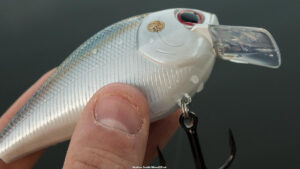 Just because a squarebill â€œshouldâ€ be durable doesnâ€™t mean they all are. Just a few weekends ago I cleaned out my entire collection and threw away at least a dozen ruined squarebills that were cracked, chipped and totally unusable. I fish these dudes around the nastiest hard cover I can find, so durability is a key characteristic for me.

This lure is put together very well and very durable. Iâ€™ve fished it around rocks, docks, stumps and trees and everything, from the body to the paint, holds up without any issues whatsoever. Hook rash also hasnâ€™t been much of a problem. Iâ€™ve had excellent luck with the paint jobs of Lucky Craft crankbaits over the years and this one has been no different. Even after beating it against riprap for weeks, it looks almost new.

Youâ€™ll also notice a very solid connection between the bill and the body of the LC DRS. Iâ€™ve run across many crankbaits in the past that like to flex at the connection point, causing premature cracking and splitting, but I really like how solidly this lure is constructed.

Casts very well regardless of size

Perhaps my favorite thing about this particular line of crankbaits is the multiple size options from which to choose. Theyâ€™re available in sizes ranging from 1.5 being the smallest to 4.5 being the largest. Iâ€™ve had a chance to use every size and they are all extremely easy to cast accurately.

Although theyâ€™re not thin-bodied crankbaits, they donâ€™t catch much wind as they fly through the air. Theyâ€™re heavy enough to allow for fairly aerodynamic casting but theyâ€™re not too heavy as to cause a giant splash when they land in shallow water. This has allowed me to spend a lot less time fooling with my reelâ€™s brake setting and more time fishing.

If you like to fish shallow water, Iâ€™d definitely give this crankbait a close look. Starting at $11.99, theyâ€™re a bit pricey but their durability and uniqueness aids in justifying the steep price point.

The Lucky Craft LC DRS Crankbait is available at TackleWarehouse.com. 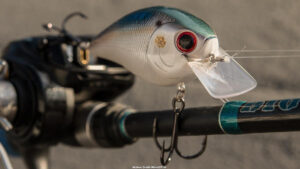