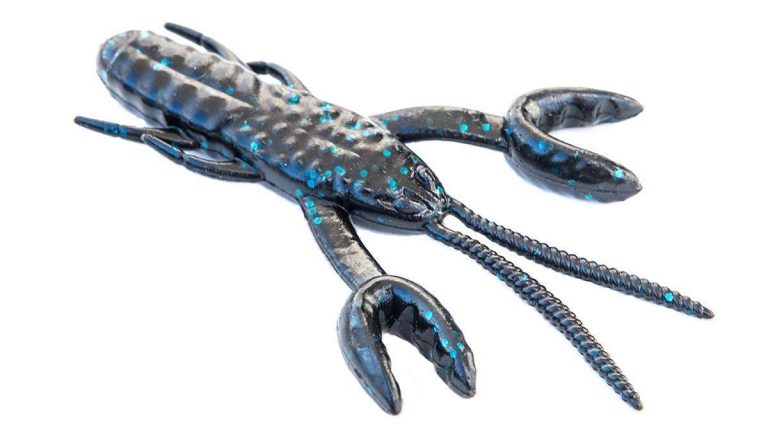 I’m always on the lookout for new soft plastics I can possibly use for pitching and flipping. Contrary to popular belief, they’re not all created equally. Several different characteristics such as fall rate, posture and thickness can play a big role in a bait’s overall effectiveness and versatility. Although I do have a handful of “confidence baits”, I really enjoy trying different shapes whenever possible.

I was introduced to the Berkley Powerbait Fight’n Bug at Lake El Salto this past summer. After catching some nice bass with it, I brought it home and spend some time learning more about it on my home fishery. It’s a bit different from the soft plastics I most often use around here, so I was curious to see how it would fit into my arsenal.

After a lot of experimentation, I think there are 4 things worth noting about it.

I’m always interested in seeing how soft plastics perform under really tough fishing conditions. When they’re really chewing, it seems like you can throw anything green, blue or wiggly in front of ‘em and get bites. But I want to catch fish when it’s tough because, in my opinion, cracking the proverbial code is a large part of the fun.

The Berkley Powerbait Fight’n Bug only measures 3 1/2 inches which, when compared to many popular soft plastics, is fairly dainty. But it has proven effective on some nasty post-frontal days as of late.

Despite its small size, it holds a 3/0 hook without any issues. When Texas-rigged, the hook point is positioned very closely to the “business end” of the bait which I really like. It may not always be tough to get bites on bluebird days, but connecting with them can be a very different story. So if I notice a lot of short strikes while I’m pitching and flipping, I’ll often rig a Fight’n Bug and stick a lot of the fish I was missing. 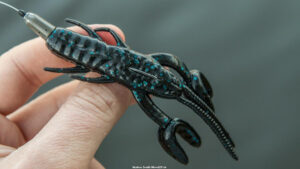 As the bait enters the water, it remains fairly compact which is another big thing I look for when the bite is tough. In such conditions, it’s not at all uncommon for the bass to bury beneath the thickest, darkest cover available, so efficiently penetrating these thick canopies can be essential to getting more bites. The claws are a bit large, but they don’t flare-out on the fall which allows the bait to reach the bottom quickly.

Skipping docks is very popular in my neck of the woods, so of course I had to try it with the Fight’n Bug. From someone who skips docks throughout the entire year, I found it to be pretty easy to slide underneath docks. But at times its claws tend to catch water, so some may have a bit of a learning curve in that regard.

It has great posture

When crawfish are threatened, they’ll lift their pincers and hold them above their heads in order to appear larger and more intimidating to predators. This is often the last thing a bass sees before it chows down, so I usually prefer my crawfish-shaped soft plastics to emulate this natural occurence.

Whether you use the Fight’n Bug on a Texas rig or as a jig trailer, you’ll be impressed by its lifelike posture in the water. The four legs on the side of the bait don’t really do anything, but the claws and antennae look incredibly realistic without any angler involvement. It’s not necessary to drag or hop it a “special” way to achieve this posture— just let it fall to the bottom and use whatever retrieve you’re most confident with.

You’ll catch a few fish with each bait 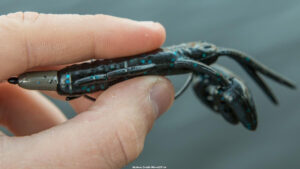 Before testing this bait, I was a bit concerned about the durability of its oversized claws. They’re big hunks of plastics dangling on fairly thin strips of plastic, which prompted a bit of skepticism. But I’ve actually been quite impressed by their durability.

The body of the bait holds a hook very well, meaning that you can make repetitive skips and casts without having to constantly re-rig and adjust it. I also noticed that the hook point stays buried in the Fight’n Bug well, but not “too” well as to obstruct hook penetration on the hookset.

I routinely catch several bass on the same bait without having any issues with the durability of the claws. You might have one rip off after 4 or 5 fish catches, but considering the design of this bait, I don’t think you could ask for much more.

I’ll start by saying that I do believe scent plays a role in bass fishing. But I just don’t know how much. I’ve seen instances where it turned slow day into a great day and instances in which it didn’t seem to matter at all.

With that being said, you’ll get knocked in the face pretty hard when you open a pack of Fight’n Bugs. I’m not even going to try to describe the scent, but it’s all done on purpose. It’s supposed to make the fish hold on longer and increase your hookup ratio. 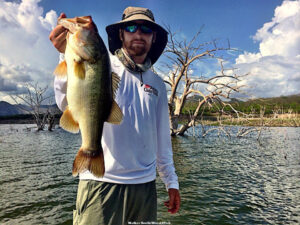 I’m not a scientist, I don’t claim to be and I don’t really want to be one. So all I can do is speak from personal experience. I can confidently say that the bass I’ve caught with this bait have absolutely choked it. Is that because of the small, compact profile I discussed earlier or is it due to its unique scent? I can’t give you a definite answer on that. But when you think about it, does it really matter? If they’re gagging on my baits, I’m not asking questions.

If you like to fish shallow cover, I’d certainly take a close look at the Fight’n Bug. It’s a unique bait in several ways and I’ve really enjoyed using it for the past 6 months.