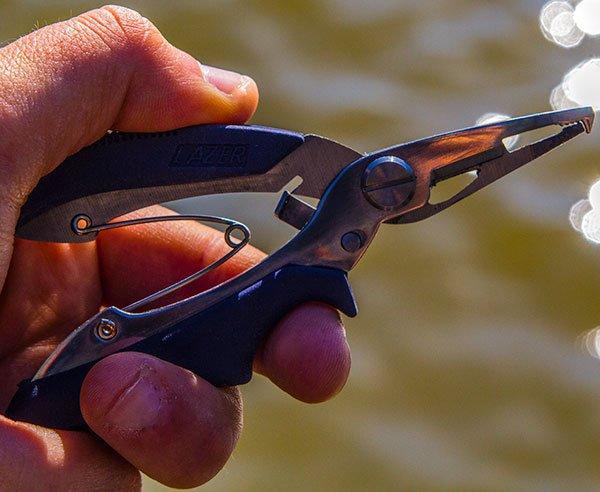 Every angler needs a good set of split ring pliers. When I was pinching pennies whenever possible in college, I can remember the bloody finger tips and sore fingernails after a long night of replacing hooks on my hard baits. As it turns out, I should have just “splurged” and picked up some Eagle Claw Lazer Split Ring Pliers.

I’ve been using them in various situations and 4 aspects of these pliers have saved me a lot of time and helped me become more efficient both on and off the water. 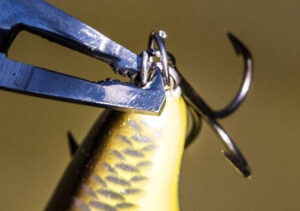 It gets pretty irritating to use split ring pliers that bend and warp your split rings. I’ve used the Eagle Claw Lazer Split Ring Pliers on almost every brand of hard bait I own and I’ve yet to gap a single split ring.

It doesn’t take a magnifying glass to find the gap in the split rings, either. I caught a 6 ½-pounder during the last hour of a tournament that bent one of my split rings, and even being jacked up with shaking hands, changing the damaged split ring was a breeze and took only seconds.

Comfortable and easy to use

These pliers sit comfortably in your hand, making those tournament-eve hook changing sessions quick and painless. The molded handles also increase your ability to effectively grip them in adverse weather conditions as well.

Eagle Claw Lazer Split Ring Pliers also feature an indented section on the handle for your index finger. Regardless of your hand size, they’ll feel as if they’re molded to your hand. 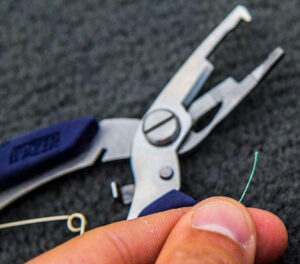 There are a lot of braid cutters on the market that cut really well for about a month before getting dull and becoming useless. The Eagle Claw Lazer Split Ring Pliers consistently cut braid—with no fraying whatsoever.

This allows for quick re-rigging with heavy duty techniques such as frogging or heavyweight flipping. You won’t have to make multiple cuts and moisten your braided line to get it through your line guides or line tie.

If you’re anything like me, you’ve got countless pairs of rusty, non-functional pliers littering your boat compartments and workshop area. They may still work, but they’re irritating and time consuming.

Eagle Claw Lazer Split Ring Pliers are made with stainless steel and very durable. I’ve left them in the provided sheath on the floor of my boat during rainstorms and haven’t noticed the first speck of rust on them. The braid cutters still work flawlessly and they open and close like the day I got them.

Priced at $6.99, these pliers are a small investment that will pay huge dividends in the long run. They’ve saved me a bunch of time, frustration and split rings. If you’re tired of fooling with subpar pliers, these are a convenient, simple and cheap alternative. 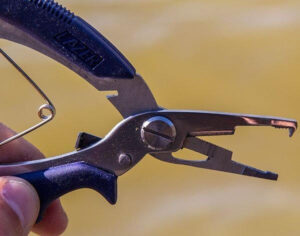