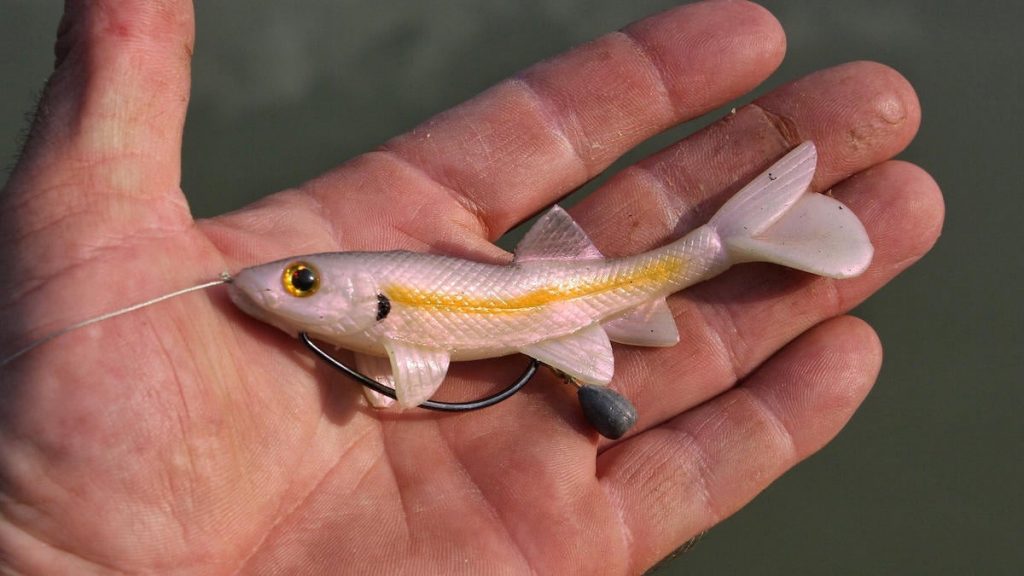 The Berkley Sick Fish swimbait has been out for nearly a decade now but it’s one of those baits that just slipped through the cracks on me. I intended to try it when I first saw it years ago, mostly because I was a bit taken aback by its design. At the time this bait came out, the single swimmer was on the craze. Everyone was rushing to come out with a swimbait and frankly a lot of them looked rather similar.

The Sick Fish had a noticeably different look to it. But, being the creature of habit I was at the time, I stuck with whatever I was throwing and the bait slipped out of my imagination just as quickly as it had entered it. Flash forward to 2018 and Berkley re-released the bait in their PowerBait lineup as opposed to its original slot in the Havoc line, which was discontinued.

Berkley has proven their PowerBait formula encourages fish to hold on longer, up to 18 times longer in their research, so the switch seems to make sense on that merit alone. In recent months, I’ve finally taken up the Sick Fish and here’s what I’ve found. 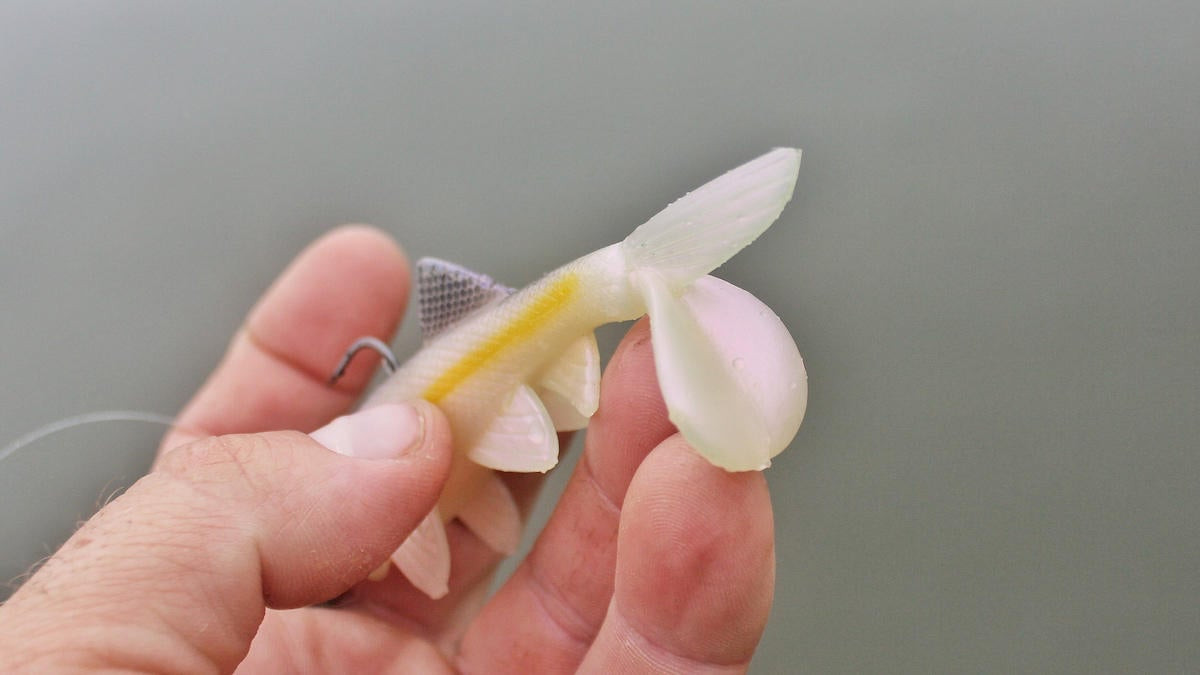 The Berkley PowerBait Sick Fish has fantastic action. A really fluid, slow swing of the tail that translates to a slight side to side action of the body as you make your way up the bait. The bait also tracks really well and doesn’t have the tendency to roll over when you speed up the retrieve like some soft body swimbaits do. I believe there are particular design features that contribute to these capabilities of the bait, starting with the tail.

The tail design is what first caught my eye with the Sick Fish. Where most soft body swimbaits have either a boot or paddle tail, the Sick Fish has a hybrid paddle tail with a little fin shooting straight back out of it. And the paddle isn’t flat, it has sort of a scoop to it. So what you’re left with looks like someone accidentally laid a knife sharp edge down in the spoon slot of the silverware drawer. 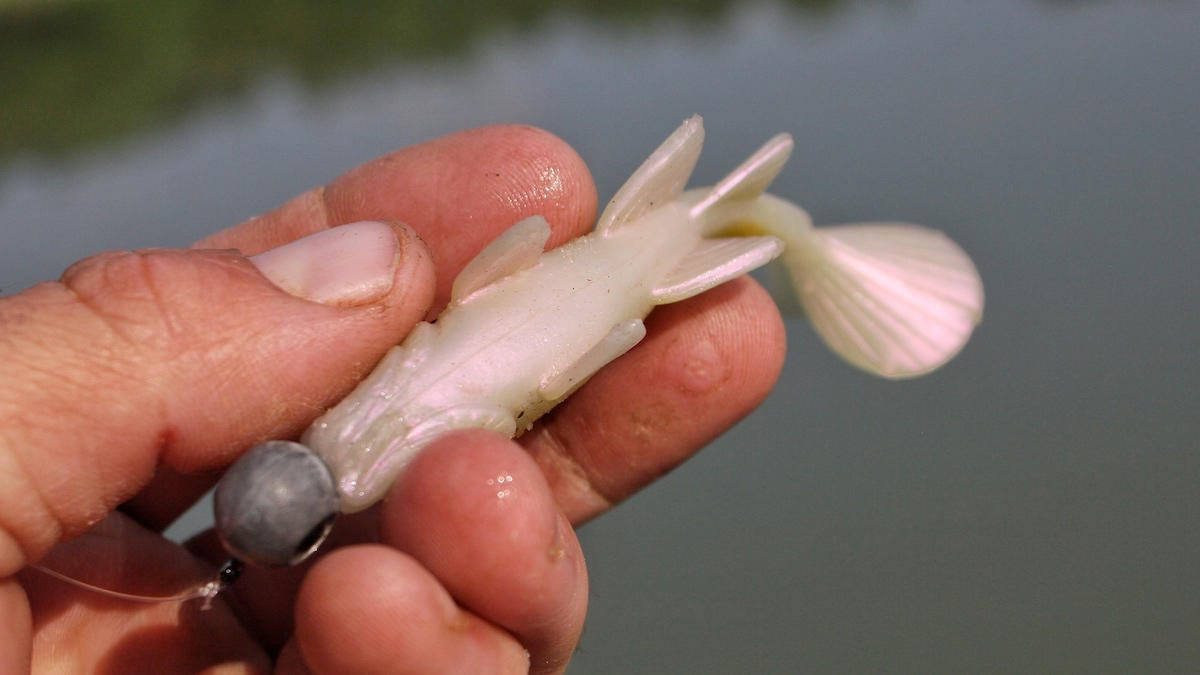 This design was no accident, though. Neither were the six additional fins added to the bait, again setting this swimmer apart from several of the rest. The presence of two vertical fins, one above and one below, and the two sets of flared out fins underneath are what I believe makes the bait fight so hard to stay upright where other baits tend to roll over when the speed of retrieve is varied. With the Sick Fish, if you speed the bait up, it stays upright, the same as it does if you kill it.

If you do kill the bait, it will nose dive a bit depending on how you have it rigged, but it doesn’t fall over to one side and spiral. Instead it kind of torpedos through the water keeping its swimming action, simply changing course. Which looks more like a real baitfish trying to evade a predator. 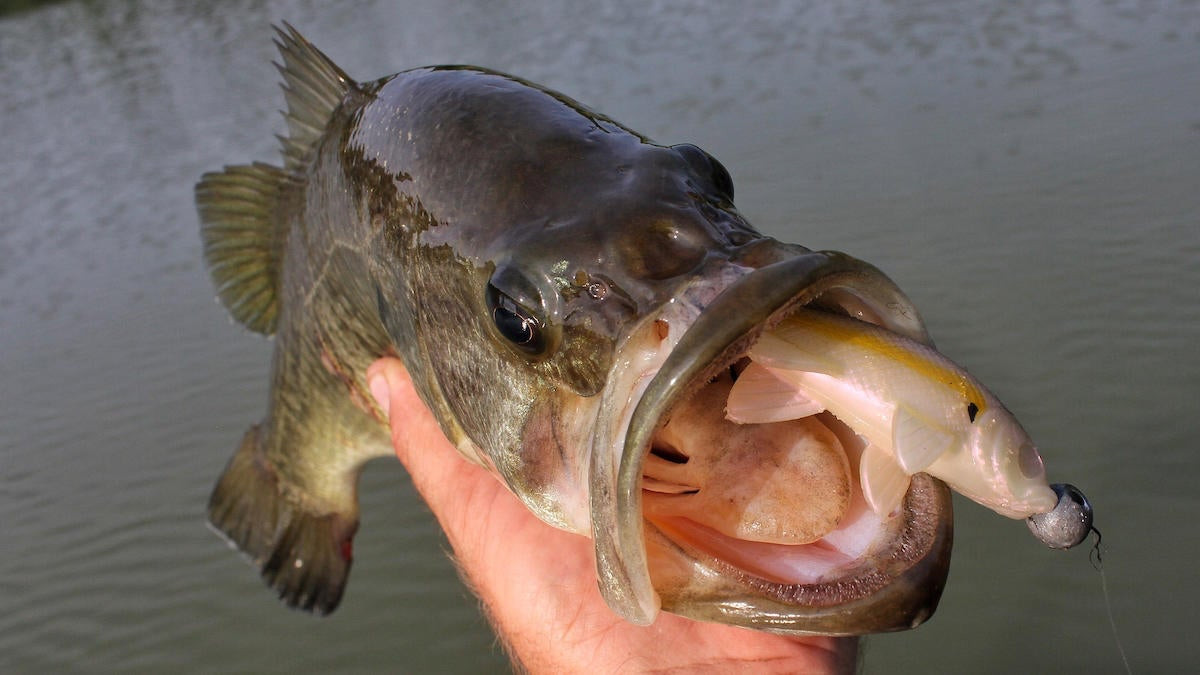 If you look at the pack, Berkley suggests you use a belly weighted swimbait hook. This is a fine place to start with the larger 4-inch version, but I personally prefer to use a jig head with both the larger version and the smaller 3-inch version. Reason being, I’m usually using this swimbait in open water around suspended fish.

Now if I plan to fish around vegetation or wood, I will use a belly weighted swimbait hook to make the bait weedless. Or I’ll use an EWG hook with a bell weight which is essentially the same thing as the belly weighted hook. The main difference is that the bell weight is allowed to swing freely on this alternative rig and that motion exaggerates the action a bit. 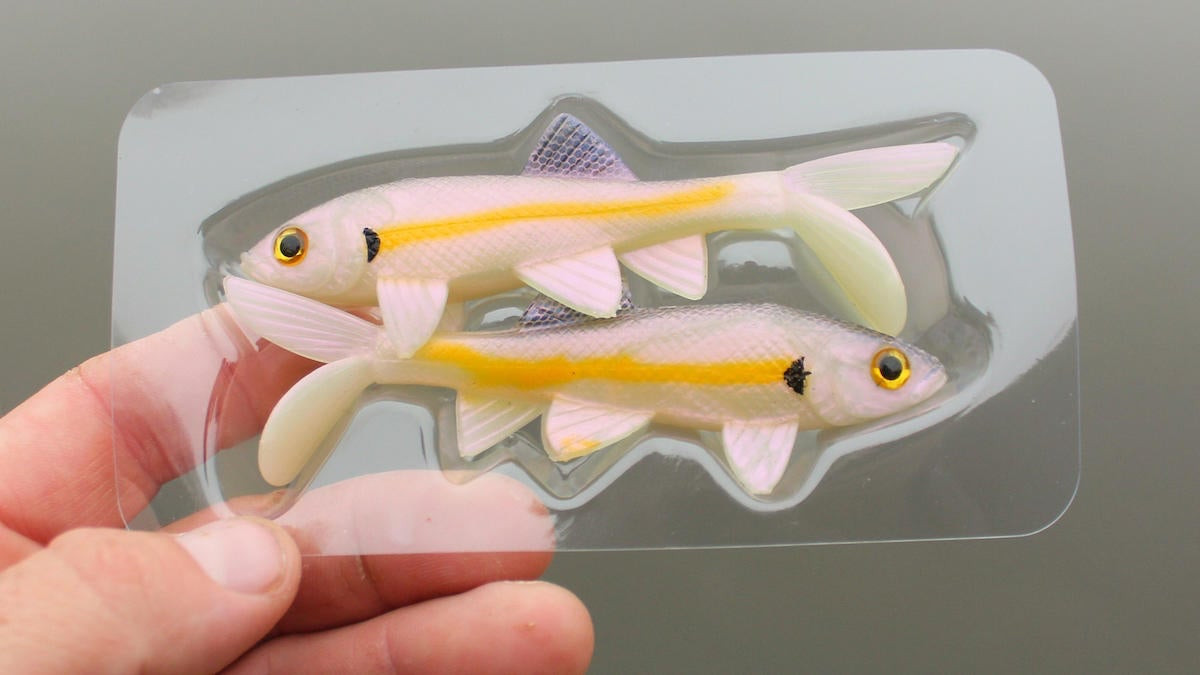 The baits come in pretty good packaging to maintain their form. I really like clamshell packaging for soft baits with a lot of malleable parts to them such as the fins and tail of the Sick Fish here.

And while these baits don’t come in a full clamshell package, they do have a hard plastic tray that they sit in that then slides down into the bag which is tight enough that the baits can’t fall out or get bent up. Which is the whole benefit of the clamshell packaging, so this packaging is sufficient and keeps the baits in good form and ready to go. 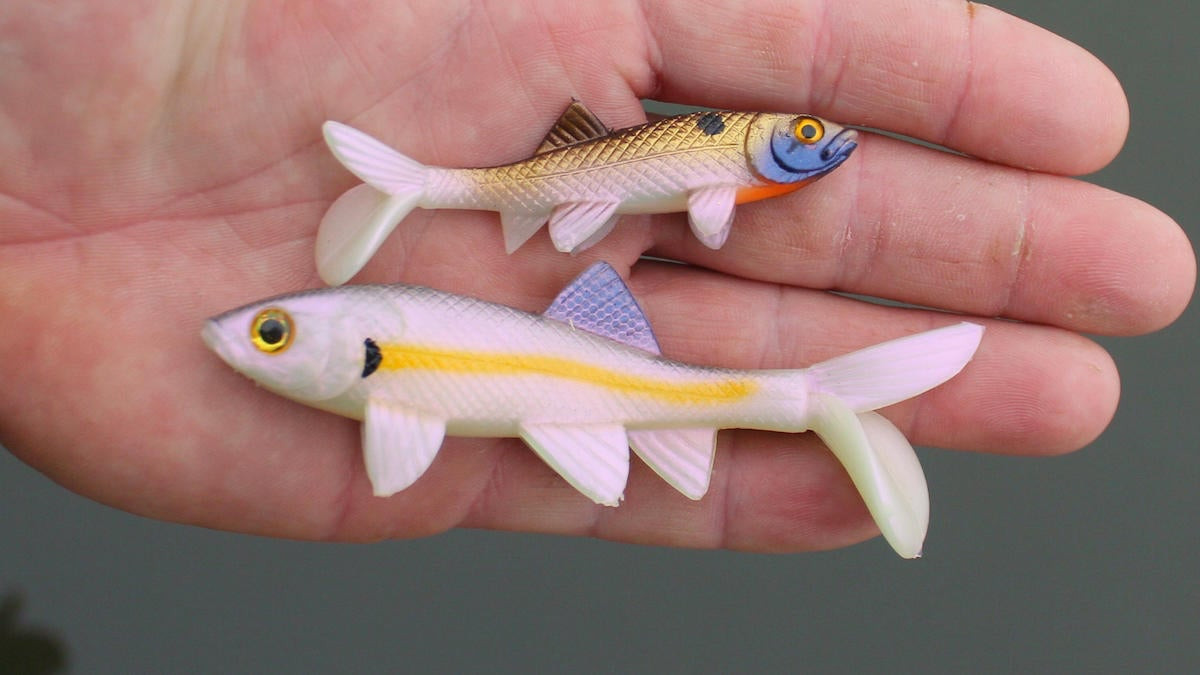 The Berkley PowerBait Sick Fish is a good bit different by design from other baits in its category, which I always applaud. But different for the sake of being different really doesn’t move product in the long run. I can say when it comes to the Sick Fish, different has a purpose.

The unique tail design and added effort in placing fin after fin after fin on the body resulted in an effective swimbait. The Sick Fish tracks well, swims true and gets bit. Those are really the only three requirements I have when sampling a swimmer. So I like it and it’s a bait I’m glad I finally got around to.

The Berkley PowerBait Sick Fish Swimbait is available at the following retailers: