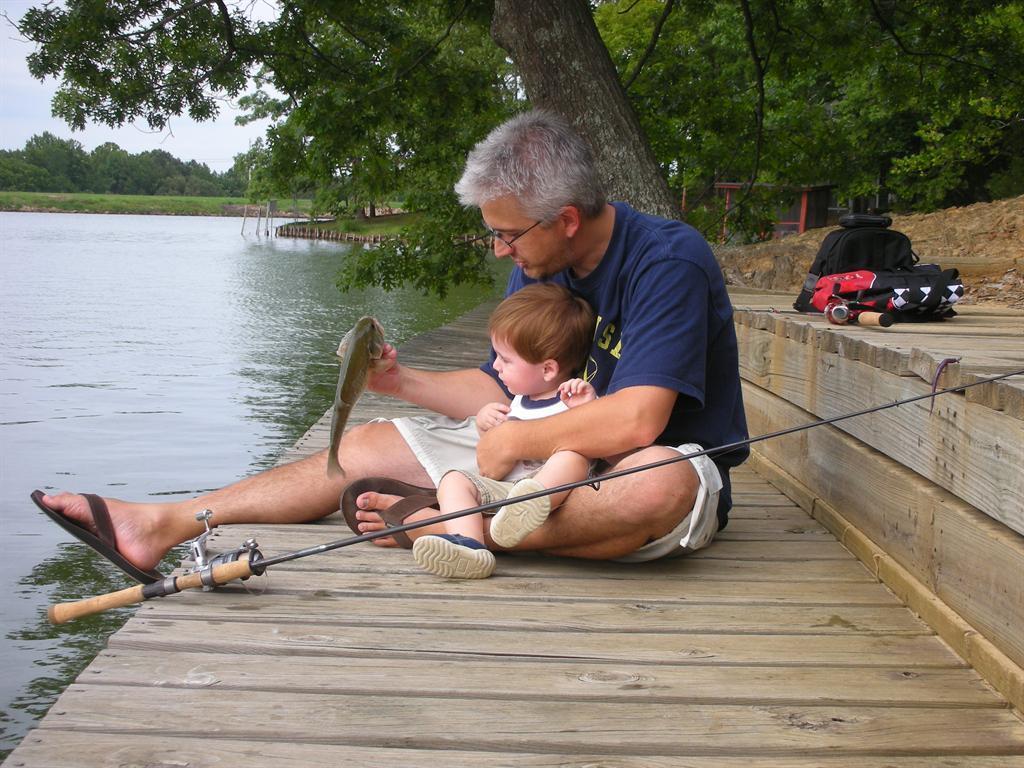 Chris Bork’s twin passions are hoops and hawgs.Luckily, he has the opportunity to indulge both of them. Bork lives in Memphis, Tennessee, firmly in the breadbasket of the bass fishing universe, a quick jump over to Pickwick, a small hop up to Kentucky Lake, central to dozens of other top-notch lakes. It’s also in the heart of basketball country, relatively close to the college basketball powerhouses of Tennessee and Kentucky, including recent powerhouse University of Memphis.

But despite their proximity to college hoops greatness, the current focus of Memphis-area basketball fanatics is the NBA’s Grizzlies. And while you might not think there’d be a connection between the area’s outdoorsmen and the local hoopheads, you’d be wrong. The demographic overlaps heavily.

Bork might’ve been the first person to realize this convergence. He’s the Director of Corporate Partnership Sales for the Grizzlies and the FedEx Forum. He’s been with the Grizzlies for 8 years, and in sports marketing for 13, and he’s also a passionate angler, so he wanted to bring his two worlds together. He realized that some of the players, like 7’3″ recent draftee Hasheem Thabeet, might not fit behind the console of a bass boat, but there are other ways to merge these two worlds of competition

Two seasons ago, Bork enlisted the help of Strike King’s Chris Brown and they organized a “Sportsman’s Night” at the arena prior to a game. It was so successful that they held two more last year, inviting Brauer back again and having Mark Menendez in the house for the other one. Participants got to interact with the pros and received Strike King lures and a camouflage Grizzlies hat

Bork said that the two bass pros didn’t suit up and hit the hardwood and he was noncommittal when asked who would win in a game of one-on-one: “I think Denny has more fire in him,” he said. “But Mark hasn’t had all of those (knee and back) injuries.â

He’s anxious to keep this successful series going. While next steps haven’t been determined, one possibility that’s been bandied about is a Grizzlies-themed Strike King Lure. When you think about it, the possibilities are endless. If Denny could teach Ozzy Osbourne to flip a jig when their paths crossed on Letterman a decade ago, maybe Grizzlies guard Mike Conley could teach Brauer how to dunk….um, maybe not, but a free throw might not be out of the question

If Bork’s loyalties on the water seem to extend to another famous Strike King pro, one Kevin VanDam, it might be because he’s a Michigan native, raised by his father and grandfather fishing not only the area’s major lakes but also the little ones “that nobody knows about but KVD.” He has an 8-pound Michigan largemouth to his credit, certainly nothing to sneeze at

He’s also participated as an official observer at the 2007 BASS Major on Lake Dardanelle, where he had the opportunity to ride with Tommy Biffle and Bill Lowen. “I had an absolute blast,” he recalled. “They’re machines. Nobody can question how they got to that level. But it was also good to see that they’re human.”

That experience with two of the world’s best anglers, combined with his substantial big-league marketing experience, leads him to believe that professional bass fishing is headed in the right direction. “We need more of the behind the scenes coverage, in the boat with a particular angler,” he stated. “Really open it up for people who can’t be there. That’ll give (the anglers) more marketing opportunities too. Everyone will get to see the baits live and in person. They’re taking a big turn in that direction.”

But in addition to sharing his passion for bass fishing with the Grizzlies’ fans, Bork is committed to passing it on to the next generation in his own household, too. His son Hudson, only 2 ½, already has “a pro-level hookset,” he reports. While there have been plenty of two-sport athletes in the past – Bo Jackson and Deion Sanders immediately come to mind – Bork’s personal laboratory may produce a new combination. Imagine KVD with the ability to run the full-court press or Shaquille O’Neal dropshotting a goby as he peers intently at his GPS and depth finder. It’s not as far-fetched as it sounds. Well, maybe it is, but Chris Bork’s career is emblematic of bringing together seemingly disparate elements and making their connection seamlessly. If anyone can make it happen, he’s the man.