Ray Scott decided to hold an All-American Bass fishing tournament on Beaver Lake in 1967. A young Metro police officer and avid angler from Tennessee, named Stan Sloan, entered and won that first tournament. Upon winning the whopping $5,000 check, he retired from the Metro Sheriff’s Office and began his own tackle company — Stan Sloan’s Zorro Bait Company.

In the early 70s, Ray Scott held his first Bassmaster Classic, and as luck would have it, Bobby Murray won the event on Sloan’s creation, the Aggravator Spinnerbait that featured a unique rattle as well as thumping blade combination. The company flourished in the early days of bass fishing, as Sloan’s innovative mind solved problems anglers had with fishing.

Sloan is credited for moving trolling motors from the back of boats to the front while fishing. He invented the first black light for fishing, something the company still makes today. And he had a real knowledge of spinnerbaits and jigs that others at the time didn’t seem to have yet.

Sloan had a long bout with cancer in his latter years, and in his final days, a young Tennessee angler Buyrl Shirley approached him about buying the company.

“I think I maybe hurt his feelings or really ticked him off with my offer because he asked me to leave quite abruptly,” Shirley said. “But I thought at the time it was a very fair offer given the current economy and what the sales looked like for the company.”

That offer came on a Sunday. Sloan died the following Wednesday. The family not knowing exactly what to do with the company, shuttered the operation. It remained closed for 8 months until the executor of the estate called Shirley out of the blue and asked if he still had an interest in buying the company.

“I told him I was still interested, but that was about the time the economy was took a real downturn,” Shirley said. “I told him I couldn’t afford my original offer any longer and made a lower offer because the company lost all its contracts with retailers, and I knew building those bridges again was going to take some time.”

It was going to be an uphill battle to get the name back to the prominence it had, having the original bass fishing tournament winner and Classic wins to the company’s products’ credit. But Shirley and his partner Ronnie Rogers were up to the task.

Finally the family, Shirley and Rogers agreed on a price, and the company was sold. Then began the daunting task of re-approaching dealers who were scorned and left with product when the company closed initially. But the products were hard for retailers to do without because there was such a cult following for the lights, spinnerbaits and jigs.

The Short Arm Aggravators are absolute staples of night-time fishing along the southern states. We at Wired2Fish have won tournaments thanks to the Sloan’s Short Arm Spinnerbaits. The unique shape, rattle and posture that the spinnerbaits have is something big bass haven’t been able to resist.

The night lights they make aren’t cheap plastic cases. They are aluminum and metal housings made to last with good bulbs, wiring and components. 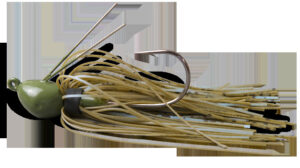 The Booza Bug has garnered numerous tournament wins. Bill Taylor, FLW Tour Director, made a career in the early Red Man days on the strength of the Booza Bug in Kentucky, Tennessee and beyond. To our knowledge, Taylor still holds the record for the most Red Man (now considered BFL) wins — most of those on the back of Sloan’s little jig, the Booza Bug.

Going forward the company has already begun releasing new product while re-releasing some popular old Sloan products that had been out of production for a number of years. Baits like the Hoot-N-Ninny and the Ninny Fly are back in production and being sold, especially well around smallmouth waters.

They are busily working on new flipping jigs and some other cool projects that will be signature lines in the new Stan Sloan’s Zorro Bait Company.

“All of our products are made in the USA,” Shirley said. “The components are even made in the USA. We could probably build products cheaper in China if we did what everyone else did. But we can’t control quality like that, and that’s always been a big deal for us. So Zorro Baits will always be made in the USA.”

We recently tested the new Lightning Bug light. Shirley completely submersed the light, drug it behind a boat, poured buckets of water on it and threw it in the back of a pickup truck and drove it down a dirt road testing how tough it was. We concur that it’s well built. It’s a night light that’s built to last. It’s built with very expensive high end circuit boards. The cadillac of black lights if you will.


“We tried to tear it up and couldn’t,” Shirley said. “I’m sure someone will find a way to tear one up, but we’ve sold more than 100 of these in the last year. To this point, we’ve not had one sent back or replaced. Knock on wood.”

The big box stores are picking up the Sloan products again and several regional dealers have come on board recently. They should be widely sold again very soon as they ramp up their dealer network.

For now if you can’t find a dealer in your area, you can find the Zorro Bait company products online at TackleWarehouse.com.

There’s always something to be said for a quality idea, built with quality components that are assembled in the USA and made to last. We like the old school products that worked 40 years ago and work just as well today.