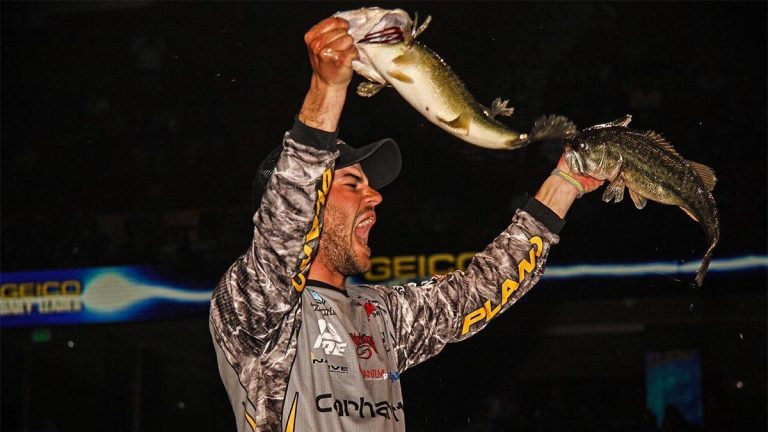 In any sport, fans have a strange tendency to under appreciate the greatest athletes until it’s too late. Baseball fans took the sweet switch-hitting swing of Chipper Jones for granted. Golf fans simply didn’t realize how huge Tiger Woods was for the sport until his influence started to wane. Basketball fans never quite realized how sweet Michael Jordan’s jumper was until he hung up his sneakers.

As bass anglers and fans of professional bass fishing, I sincerely hope we don’t make the same mistake with Jordan Lee. We are currently witnessing a once-in-a-generation talent right before our eyes. We need to be soaking in every little bit that we can.

Throughout my collegiate fishing career, I fished againstâ€”and was beat byâ€”Lee many times. I’m two years older than him, but I can remember realizing his potential when I entered my junior year in college. This quiet, non-assuming guy was always at the dock before anyone else, and it didn’t matter how important the tournament was; he was always cool, calm and collected with a giant smile on his face. He had a natural swagger to him, but he never even flirted with arrogance. It just seemed like he knew he was going to catch them.

And by gosh, he caught ’em, alright. I’ve made many long drives back to Georgia wondering how in the heck he beat me again.

Fast-forward a few short years and that young, laid back fisherman has officially reached the ranks of bass fishing legends. He is now the third angler in historyâ€”joining none other than Rick Clunn and Kevin VanDamâ€”to win consecutive Bassmaster Classics.

He’s 26 years old. He was in high school eight years ago.

As an avid bass fishing fan, I’ve watched his career from afar and have noticed some things that make him so successful. 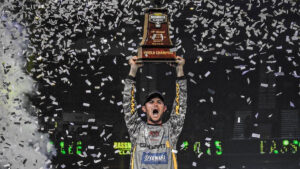 First, let’s take a look at the numbers

If you delve a little deeper into the statistics on bassmaster.com, Lee’s young career has been simply stunning. In 52 total tournaments, he has finished in the money 78 percent of the time. His Classic success rate is a staggering 50 percentâ€”he has fished four Bassmaster Classics and won two. When he launches his boat, there’s a 50 percent chance he’ll finish in the top 30.

Here’s the real kicker: He has already earned over $1 million in career winnings at the ripe, old age of 26.

It’s also worth noting that, since Lee qualified for the Elites, the field has been at its strongest. It’s not like all of the veteran greats are retiring. He has managed to post these historical numbers fishing against the anglers our grandchildren will read about: Kevin VanDam, Greg Hackney, Rick Clunn, Tommy Biffle, Mike Iaconelli, Gary Klein and Gerald Swindle, to name a few.

He’s not showing up to a Saturday morning fruit jar derby and stealing everyone’s lunch money. He’s earning every red cent and every victory against the best anglers on Planet Earth.

I want to make it clear that I’m not close friends with Jordan, we’ve worked together a few times but other than that, I’m just like youâ€”I’m seeing what you’re seeing. But after watching footage of him on the water, his ability to relax is incredibly impressive.

Fishing “tight” often leads to bad decisions and missed opportunities. Lee’s body language makes it obvious that he’s not worried about how everyone else is or isn’t catching them. He’s not overly concerned about his next move. In my opinion, it seems like he’s always fishing the moment. His head is always where his feet are. He’s grounded and calm.

He’s not scurrying around the boat like a madman, he’s not cussing and screaming when he lands (or loses) a big one. That country “aw, shucks” attitude is a major attribute and a large reason for his greatness. The guy just doesn’t get spun out, at least from what I can tell.

After he won the 2018 Classic, he mentioned that he had a horrible practice and never could dial-in anything substantial. In the days leading up to the tournament, he wasn’t griping to the media about the poor fishing. He wasn’t complaining or feeling sorry for himself. I think that deep inside, he knew that he could still do well if he just trusted his gut.

With the rise of electronics and fast boats these days, most professional anglers will make your head spin on the water. They move quickly, they make a dozen or so casts in an area and before you know it, they’re full-throttle looking for the next active fish. It’s a full-body workout and pretty amazing to watch.

From what I’ve seen watching Jordan, however, he’s very much the opposite. He’s an old-school dragger who seems to settle down in an area and figure out how to make the bass bite. It’s eerily similar to the fishing styles of Mark Davis and the late Guido Hibdon. They’re in no big hurry because when they find a wad of fish, they’re confident they can make ’em bite.

Even if Lee isn’t on the best group of fish on a given lake, he always seems to find situations that allow him to fish his strengths. This year’s Classic was a prime example: He wasn’t on the mother lode and he was quite candid about it. But he fished his styleâ€”not anyone else’sâ€”and closed the deal among an unbelievably stacked field.

There are two types of good anglers

Jason and I were talking about this after Lee’s most recent victory. We both agree that there are two types of successful anglers: Those who have to really work hard at it and those who are naturally gifted. Jordan is incredibly gifted. God put him on this earth to be a fisherman. Period.

Now, I’m certainly not implying that he doesn’t work incredibly hard at his craft; I know better than that. But after watching his body language on the water, the fluidity of his casts and his ease of decision making, it’s impossible to deny that he has been blessed with a special, natural talent that a lot of folks simply don’t have. 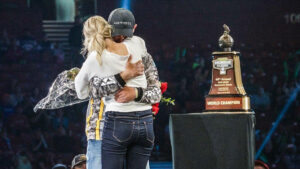 Behind every good man â€¦

Whenever an angler hoists the Bassmaster Classic trophy, I tend to pay attention to the “small” things that many others may not notice. I’m more interested in the reactions of the anglers’ loved ones. Working in this industry and knowing so many of the private hardships these guys and their families endure, I’ve gained an enormous appreciation for the women and family members who stand shoulder-to-shoulder with the anglers. It’s a tough gig and can take a toll on even the strongest relationships.

I was genuinely touched by the reaction of Lee’s fiancÃ©, Kristen. I don’t know her personally, but her love and adoration for him was made clear. As he was getting emotional taking his victory lap around the arena after most of the fans started to clear out, Kristen was right next to him, rubbing his arm. It has to be a big help on the water knowing that you’ve got someone on your side at all times.

I do believe that behind every good man is an even better woman. With Kristen’s ongoing support throughout his career, Lee is in prime position for continued success.

The future is playing into his hands

With the new “no information” rule on the Elite Series (anglers cannot receive any information about a fishery from the moment the schedule is announced), I can’t help but think it’s going to play right into Lee’s hands. He had never been to Hartwell before and he just won bass fishing’s most coveted title on that lake. Same with Lake Conroe last year.

Imagine what he’ll be able to do with a blank slate in other regular-season events. The possibilities are almost frightening. I think this new rule is a great thing for the sport and will start separating the men from the boys.

His humility will grow the sport of bass fishing

I talk to a lot of anglers and dozens of manufacturers every week. I have neverâ€”not one timeâ€”heard anyone say a bad word about Jordan Lee. You would never know he has been so successful unless someone else told you.

Because I know how humble he is, I won’t specifically mention his acts of kindness towards others in need. But he gives back. He spends time with fansâ€”especially kids. He has been blessed with a talent and he’s using it to make this world a better place. What more could you want from a two-time Classic champion?

In addition, think back to his time on stage and in the hot seat during the Hartwell Classic. There were very few personal pronouns coming out of his mouth. He heavily complimented the other anglers. He shook their hands. Not once did he make it about himself. 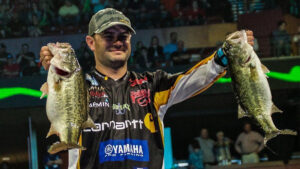 There’s another one to watch out for

I think we’re also witnessing another special angler, older brother Matt Lee, come into his own as an angler. In the last calendar year, he has posted some very impressive finishes and to an outsider, it seems like he’s starting to fish his way. From my perspective and others I’ve talked to, he seems to be much more relaxed lately.

The dude’s in a tricky position and has handled it better than I ever could. His brother is a special angler, but I also fished against Matt in college. He’s an outstanding fisherman, and we should all keep a close eye on his career as well. He’s going to get his before it’s all said and done. You heard it here first.

Take a step back

As we all get ramped up for spring fishing and continue following the professional tours, let’s all take a step back and realize how special this time really is. There aren’t many people who can say they were there when Chipper Jones was called up from the minor leagues in 1994 or when Tiger Woods got his Tour card in 1996.

Let’s enjoy every minute of this. 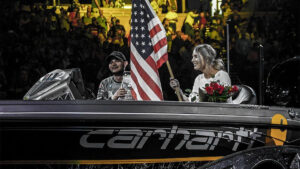