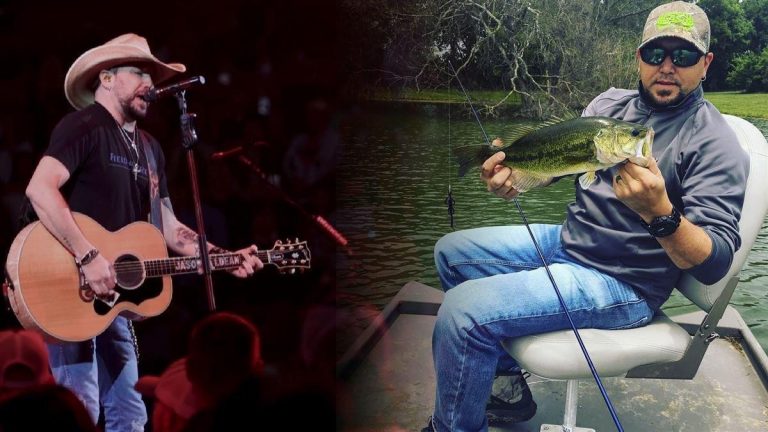 Country music superstar and brand ambassador for Field & Stream Shops Jason Aldean talked fishing with Walker Smith and I just before his pop-up concert following the first day weigh-in at the Bassmaster Classic in Greenville, S.C. Field & Stream hosted the free mini-concert for fishing fans and the folks in Bon Secours Wellness Arena were the first to hear some songs from Aldean’s latest album Rearview Town which will be released on April 13, 2018.

We shot a short Q&A video session with Aldean regarding how he got started in fishing and some of his favorite things about fishing over the years. He also shared some of his experiences on the water as well as his thoughts on attending his first Bassmaster Classic weigh-in. You can watch that video below.

Fishing connects so many people and transcends various walks of life.

I know successful entrepreneurs, millionaire celebrities, world-class athletes, lawyers, doctors, as well as college kids, high school kids, guys that work the line at the local plant, farmers, mechanics, fast food workers and various other people from all different walks of life who are all connected by a common denominator â€” a love of fishing.

No matter how crazy the differences are in people’s backgrounds and upbringings, fishing always seems to connect people on a really substantial level. I love that you can strike up a conversation with a complete stranger if you happen to learn they also like fishing.

I believe in the power of that, and it’s always refreshing to see that reaffirmed when you meet famous people who become so down to earth when the discussion turns to fishing. 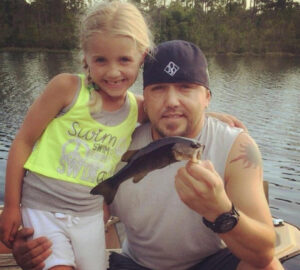 Aldean’s grandfather was an avid angler who lived and breathed fishing. He passed that love of fishing onto Aldean’s father who passed it on to Aldean.

“My grandfather loved fishing,” Aldean said. “It was like his favorite thing to do in life.”

His parents were divorced when Aldean was younger, so he split time between Georgia and Florida growing up. Summers with his father were often centered around fishing in Florida. His father had a boat and they spent most of their time offshore chasing dolphins, yellowtail, red snapper and other species.

He loved fishing the canals in Florida.

“At our home in Homestead, we had canals all through the neighborhood,” he said. “I would throw my fishing rod on my handle bars and ride down to a canal and fish off the bridge.”

While in Georgia, he would seek out someone with a private pond nearby. He’d be there wetting a line, usually fishing a soft-plastic worm, his favorite lure for bass fishing.

“I can go buy all kinds of other stuff, but I have the most luck with a plastic worm,” Aldean said. “I’d rather have 10 bags of worms than a box full of lures.”

His most memorable catch was a “one-that-got-away” tale of a bull dolphin that he hooked offshore in Florida.

Aldean definitely prefers fishing offshore in saltwater locales. The thrill of not knowing what he will be catching on any given trip keeps him coming back for more. He just returned from a fishing trip in the Bahamas, but he likes to venture down to the Florida Keys for a quick trip offshore anytime he can slip away.

His schedule keeps him busy, so most of his fishing is in the summer when he has a break from his music obligations. His wife just gave birth to their son a few months ago, and he’s looking forward to passing on fishing to his son the way his father and grandfather passed it down to him.

That family heritage is why he has connected so well as an ambassador for Field & Stream Shops, as there motto is “Where Traditions Begin.”

He was actually on his way to look at some pieces of property to purchase near his home after the Classic that had a couple of ponds on them just so he could be free to wet a line for bass anytime he wanted in the future.

Aldean’s new album Rearview Town will be releasing soon and that will certainly keep him busy touring and making appearances. But trust us – he’s already thinking about his next fishing trip.