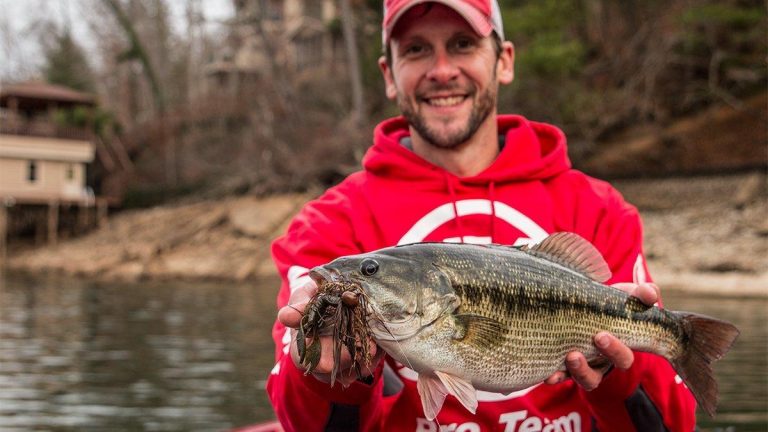 If you do anything long enough, you’re going to get burned out. It can happen with work, school or evenâ€”dare I say itâ€”bass fishing. It took me a long time to catch onto this, to be quite honest. I don’t do anything halfway, so when I discovered fishing as a young boy, I was obsessed. I quit all other sports and pursued this career for the better part of a decade.

But, I’m guilty of pushing it too far; I think many of us are. We love this sport so darn much that we just don’t know when to stop. It consumes every inch of us, at almost a cellular level. It becomes part of our DNA.

If we’re not careful, however, it will burn us out. I see it happen in both the fishing industry and with a lot of the weekend anglers on social media. An angler will land a dream job, win a few derbies or nab a few partnerships and they’re on top of the world. They’re gung-ho and unstoppable.

For a few years, that is. Then they disappear. The travel gets old, they don’t win a tournament for several months, money gets tight, the summer or winter doldrums set in or whatever the reason. They get flat burned out.

To be honest, I think that’s okay. It doesn’t make someone more or less of an angler if they take a break to recalibrate things or even make a career change. It happens, man. But I do think there are some things that can help usâ€”myself very much includedâ€”beat the burn out and help stoke the fire a bit. Most of it revolves around unnecessary pressure and stress.

Fish for something else

Sealock and I have both written articles revolving entirely around this subject. We harp on it all the time, but that’s because it works. People can fall so fast and so hard for this sport, that they have a hard time handling periods of tough bass fishing. They need to feel the tug of a fish and they’re craving itâ€”but it’s tough to come across with a 96-degree water temperature. So they go get their teeth kicked in for 6 weekends in a row and get soured.

My suggestion? Target another species. If you’re a boat angler, leave your boat at the house. Grab your family and go sit under a shade tree on a pond bank for a few hours. Drown some crickets or nightcrawlers. It’s good for you to take a few trips without the stress.

Take a break from social media

I’m going to let you in on a little secret: A lot of social media accounts re-post old photos of big fish throughout the year. So if they caught five good ones in a day, they’ll post each one over the span of a month. Sadly, this industryâ€”and society in generalâ€”can be quite vain.

If you feel like you’re the only one not catching ’em, you’ll start putting more pressure on yourself. So just sign off for a few weeks. Keep practicing and don’t compare yourself to others. Let them do their thing and you do yours. Don’t let silly social media posts plant doubts in your head.

You don’t have to fish every weekend

I went through a month-long period in which I almost resented fishing. I chose to fish a small tournament instead of attending one of my best friends’ weddings. He died a week later and I never saw him again. I was so focused on fishing that other areas of my life started to suffer.

I was mad as a hornet. Although it wasn’t fishing’s fault, I felt like it was at the time. I wouldn’t even look at my boat or a fishing rod. For those 30 or so days, fishing made me sick.

I hope that someone reading this connects with that and understands that it’s okay to take a break for a weekend or two. We all love fishing, but if you don’t make plenty of time to love on your family and friends, it could lead to issues in your personal life. It has happened several times with me and it took some hard lessons to drill this point through my own skull.

Ask yourself the golden question

We all get in bad moods from time to timeâ€”especially when we have a tough day on the water. There’s nothing wrong with that. But if you’re having trouble shaking it off, consider asking yourself an incredibly important question.

Am I having fun?

If the answer is “yes”, you’re good. If the answer is “no”, take a break. I’m not saying you should sell your rods and not fish for a year. But just take a break for a week or two. The time away from fishing will remind you what that craving and primal urge feels like. The next time you hit the water, you’ll feel like a brand new person.

I certainly don’t have all the answers, but I think a lot of anglers deal with the “summertime blues” this time of year. The fishing gets really tough, it’s hot as the dickens and the wakeboard boats are doing donuts all over your favorite spots. That kind of stuff makes it easy to get burned out sometimes. But hang in there and try some of these tactics if you’re feeling a little “blah” about fishing; they should hold you over until those cooler temperatures come back.