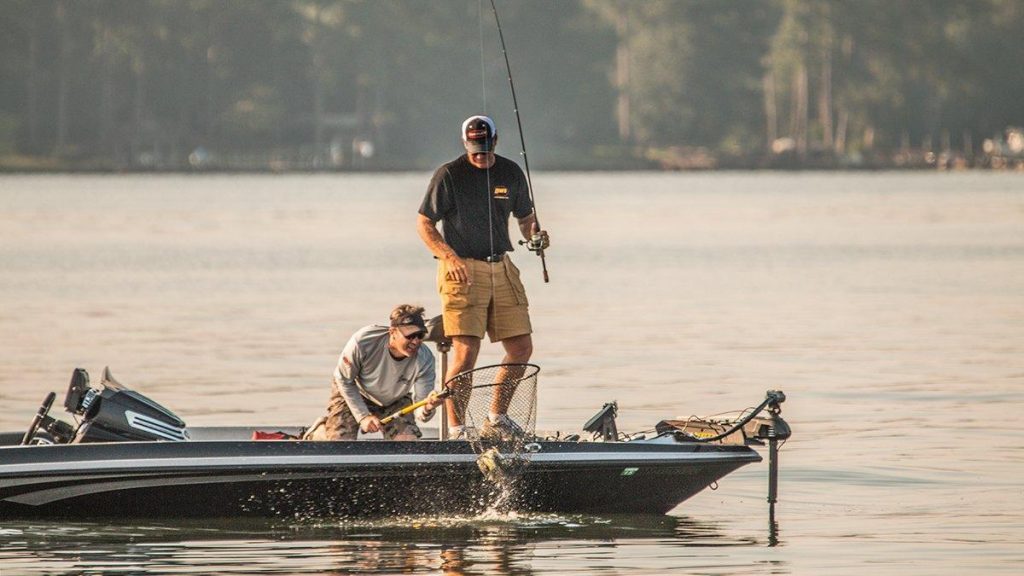 From a fan’s perspective, the game of professional fishing continues to get better. Live, on-the-water coverage is fantastic and has made big strides in recent years. I watched a lot of the Elite event on the Mississippi River and was thoroughly entertained. They do a great job with it.

However, there was a big downside.

As I watched, I noticed fish after fish being boat flipped onto hot, dry carpet and bounced off of gunnels and consoles. In my opinion, it was not at all a good look for our sport.

We can certainly do better.

Some 50-plus years ago, Ray Scott, the founder of the Bass Anglers Sportsmen Society, removed stringers and high mortality rates from the tournament scene. It’s what we all refer to as “catch and release” these days.

Creel limits were decreased sometime after that and fortunately, protecting the resource was made a top priority. Instead of killing the catch, he believed the sport would be better if there were on-board livewells and a way to release every tournament fish back into the water.

He worked with Forrest Wood, the founder of Ranger Boats, on incorporating built-in livewells into the bass boats. Since then, tournament associations have taken pride in live release rates and most have a goal of 100 percent live release.

B.A.S.S. and FLW trails do a lot to protect the fish. This includes aerated weigh-in tanks, release boats and special chemicals to help captured fish recover. They do this at all levels including local, regional and national.

A new, made-for-television series called Major League Fishing has introduced a catch, weigh and release format that’s quickly gaining favor with anglers across the country. Several leagues, including the Indy Fishing League and many clubs, have incorporated that same format.

Penalties for fish touching the boat or tossed back above the gunnel are also part of that program. Logistical issues with in-boat marshalls, scales and wireless communications equipment limit most smaller trails from adopting this format because it can be more expensive to execute.

Nets should be reintroduced

With the new rule requiring all Elite anglers to use non-penetrating culling tags, I’m curious why they don’t allow nets. We don’t want guys to puncture a fish’s mouth, but they’re allowing fish to be flipped into the boat, against the gunnels and off of consoles? Using nets would be much safer for the fish.

I understand the absence of nets increases the competitive challenge and makes for better, more exciting television. It’s certainly more difficult to get fish into the boat without a net, so it increases the suspense for viewers. But I’m not sure if this is good for the resource.

In my opinion, nets would provide two primary benefits. First and foremost, it’s going to ease the stress on the bass. But it would also boost another product category in the fishing industry as manufacturers would begin designing and making more nets. Improvements to materials including the net handle and net material itself could be significant, benefitting both the fish and the industry.

They could also be another way for the anglers and trails to promote sponsors. Net evolution could include branding for television with logos and signage adding value. Not to mention, how many anglers are getting hooks buried in their hands when trying to hand-land bass? It’s happening a lot, even though the general public may not see it.

I think a net should be an option. If the angler doesn’t want one, he doesn’t have to use one. But it’s a better look for our sport, because we don’t need the upcoming and impressionable anglersâ€”and the many groups trying to take fishing and hunting away from outdoorsmenâ€”thinking it’s acceptable to slam fish into the boat and wait 20 seconds before unhooking them.

We’re better than that.

Will nets totally eliminate that problem? I highly doubt it. Can we start giving marshalls the power to police major fish care violations? It’s worth a discussion, at least. We can’t be afraid to talk about this kind of stuff.

The healthiest fish you can put into the livewell is the one that’s caught quickly and immediately placed into a pre-treated livewell. One that has to be fought, chased around the boat and hand landed experiences a lot more stress.

Can it be revisited?

At one time, B.A.S.S. allowed nets for all divisions and I sure would like to see that reinstituted, especially for fish care reasons. Ownership there does tend to listen to their constituents and their whole organization is conservation-minded, so I hope they take the time to revisit this issue.