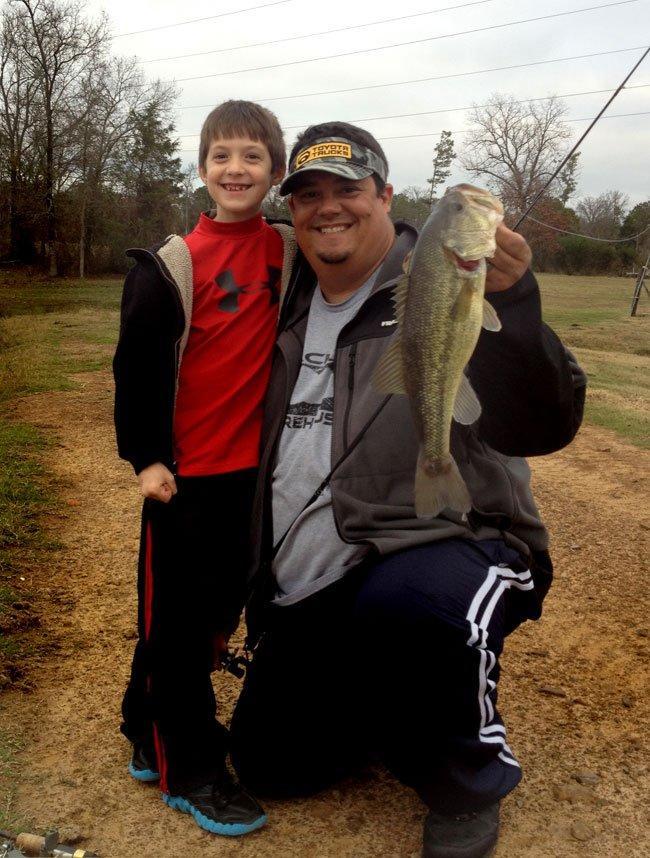 The buckles on the blocky fluorescent orange vest clicked. Straps went over, under and around my tiny frame as my father hoisted me into the tin boat to make our way into some natural springs of one of the chain of lakes in the Winter Haven chain. My father was an avid bass angler, having fished all over the country and wherever the Navy would take him beyond. His nickname among his squid chums was Sea Dog.

He worked on and under the water. And when he wasn’t working for the Navy, his time was spent with us on or under the water. He was fond of scuba diving in Hawaii as well as bass fishing in Florida, New York and a host of other states. And often I was privy to those adventures.

But as we headed out to the first stop on that morning, we saw some boiling water. An underground spring was bubbling water up to the surface, but the boiling was not just from spring but from the bass that were ambushing disoriented baitfish. Dad hurriedly handed me a rod and directed me to whip it into the froth. I was maybe 6 or 7 at the time. I fired the plastic worm into the spring, and immediately my line went tight. I started reeling and pulling with all my might.

At the time, I probably thought I had the biggest fish in the lake hooked when in actuality it was a 3-pound bass. But it makes the magnitude of the moment no less. It was at that moment, I became a fisherman for life, I just wasn’t old enough to comprehend that. I couldn’t have been more proud of my little 3-pound Florida strain bass, and I pleaded for my father to string it so I could show mom. He obliged and the rest is history.

Fast forward about 6 or 7 years. My worn tennis shoes wouldn’t grip the mud, as the rain seemed to stream harder off the banks and into the rising waters of the wooded pond. I was fortunate to live within walking distance of a 1/2-acre pond in the middle of the thick country side in central Arkansas. I literally got up every morning of summer break and went digging for earth worms and scavenging in dad’s tackle box for a few baits I didn’t think he would notice went missing.

On this particular evening, I had scored a bullet sinker, an offset Eagle Claw hook and an 8-inch Mann’s Jelly Worm. My dad hurt a lot of fish’s feelings and jaws with that worm over the years on Lake Dardanelle, so I knew what it could do. I slid the bullet sinker up the line and tied my best knot to the hook, which at the time was also the only knot — the improved clinch.

I began lassoing the worm around my head … did I forget to mention, we had no rods or reels? So I circled the worm over head and then launched it out into the middle of the pond, feeding line off with my other hand until the line went tight against my wrist. I had tied it off there so I wouldn’t lose it.

I slowly inched the worm across the bottom, sttopping occasionally, giving the bass time to find the worm.

I pulled the line just a little, and I felt it pull back. I jerked with all my might, and the line burned as it tore through my fingers snapping tight on my wrist. A bass probably 5 or 6 pounds, of course at the time seemed to be 8 to 10 pounds, went crazy trying to get loose from the lure and my flailing arm.

She failed. My buddy and I grabbed the line together, almost winching the fish up the muddy wet bank. She flipped and flopped finally getting loose, and we pounced on her like rabid dogs. I tried to grab her around the belly to get her under control so we could get her back in the water. I couldn’t come close to fitting my hands around her body. I finally grabbed her by the bottom lip, and it was like grabbing hold of a garden hose. I could pick her up like a luggage handle by the enormous jaw.

I was at that instant wired for life to be a fisherman, and this time, I knew it. I started getting my folks to buy VHS tapes so I could record every fishing show that came on TV. I got subscriptions to all the magazines. I begged and pleaded to get a good rod and reel, and my father actually took me and two friends to the First Annual Fishing Classic at the original Bass Pro Shops in Springfield, Mo. in 1988 so I could buy my first baitcaster.

My passion for bass fishing hasn’t stopped since then. It’s those moments in our life that somehow define what a good portion of the rest of our life is going to look like. And most of the time we don’t have the foresight to know we’re in the moment when it happens. It’s not until much later that we realize we missed the party at the time we were at the party.

For me having a father and friends who would carry me fishing really got me started on this path of loving the outdoors and especially anything around water. I feel like it’s what has kept me grounded for most of my life and a good reminder of how small a part of the bigger world we are. It keeps me from getting a big head if you will.

But it put a passion in me for fishing. I think a lot of folks like us can put their finger on one moment that really changed them forever and kept them in love with fishing for a lifetime. Most folks didn’t know it at the time, but it changed their wiring for life. That’s sort of where Wired2Fish comes from.

All of us here are wired that same way. We love fishing. We can enjoy a day we don’t catch a thing as much as a day when we whack a huge fish or catch the limit of a lifetime. Because when we’re focused on what we’ve been wiring ourself to do all week, nothing else matters.

There is so much emphasis put on “growing the sport.” Unfortunately that emphasis is usually placed from a monetary standpoint. And that’s never really what grew my love for the sport. Some folks are in it for the money. But I think you’ll find a vast majority are in it for self fulfillment. Fact is, I could have made a lot more money doing something else.

So, how about we ditch that catch phrase “grow the sport” and just work on changing the wiring in folks. And let’s not try to change the entire population at once. Let’s each focus on one person we have some influence over and see if we can help straighten out their wiring.

For me right now, that person is my son. That’s the person I can influence. Now don’t get me wrong, I’ll continue to pick the brains of great anglers and see if I can learn a new trick to pass on to you all to make us all better at this sport and find more enjoyment out of it. But my son is the one person I can have a real impact on his wiring. My father had a huge impact on my wiring. I hope I have at least the same impact on my son.

Maybe your person is a buddy from work. It’s a girlfriend. It’s your dad who’s now up in his years. It’s your son or daughter. It’s your neighborhood kid who doesn’t get out much. Take that person and see if you can make one memorable moment in their life. It doesn’t have to be a huge catch. A 3-pound bass changed my life forever. A 5-pound bass just reinforced it.

The thrill of the hunt for a new spot, new water and a new technique always drove me as a kid. If I read something somewhere and then went to the water and caught the heck out of them on what I had read, I was blown away. I liked that feeling of fulfillment and accomplishment. I think sometimes in the hustle and bustle of credibility, tournaments, bragging rights and such, we lose that lust for the new.

A just-get-it-done attitude is not conducive to fishing in my opinion. In fact it’s counterproductive, when the end means should be that sense of fulfillment. Find it yourself, figure it out and share it.

My son and I started a Thanksgiving tradition where we go out to papa’s pond and see how fast we can figure out the bass. Today he figured it out before I did. It was one of those moments I hope that lays a foundation for his wiring later in life.

He fishes with a 6-foot spinning rod and reel combo even though he’s barely 4 feet tall and 7 years old. He was warming up with casts, and then he launched one that landed pretty far out but only inches from the same bank he was standing on.

I encouraged him, telling him it was a good long cast and close to the bank can be good. He quickly retorted, “Dad I meant to cast there. I think they are on the banks.”

As God as my witness, his line snapped tight as a 3-pound bass ran out and snatched his Z-Man Mini Chatterbait and Z-Man Streakz minnow. He set the hook and started fighting it. He got it in and landed it all on his own. He just kept saying, “I knew they were on the banks. I knew it.”

My wish is that moment had an impact on the rest of his life, whether he knows it yet or not.

Fishing is a passion. Passion is love. And not sharing your love of something with someone seems like a colossal waste to us. And it should to you too if you’re really Wired2Fish.

Happy Thanksgiving to you and your families! Safe travels and as always thanks for making us a part of your fishing life! 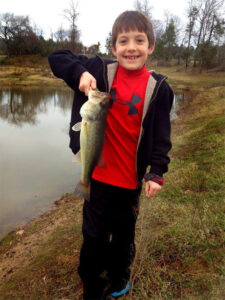