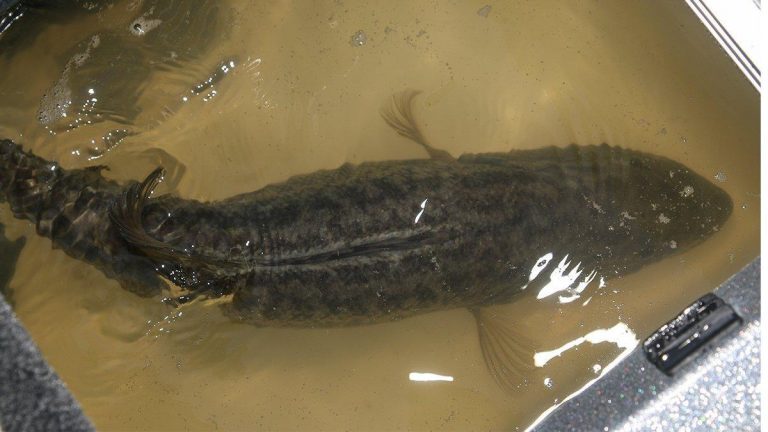 Fishermen are some of the most down-to-earth people you could ever hope to meet. We don’t bother a soul and we expect the same in return. We work hard, respect nature and have each other’s backs. We’re part of an exceptionally rare brotherhood and we’re darn proud of it. This closeness and camaraderie is exactly why I do this for a living; it’s not for the fishing trips and it’s certainly not for the money. I do this because of the peopleâ€”each and every one of you.

But when someone feels the need to cheat and cast a black eye on the millions of honest, reputable anglers out there; that’s when I take serious issue.

In a matter of a single week, we reported on two separate cheating incidents. One “angler” was keeping their fish in a 55-gallon drum to weigh-in during a tournament and another was purposely modifying measuring boards to make their fish appear bigger than they really were.

Integrity is a fickle thing; it only takes one incident to ruin it and in today’s messed up society, it seems like that’s a risk some folks are willing to take. It’s absolutely baffling that someone would be willing to compromise their characterâ€”the most important thing a human being can haveâ€”to win a couple dollars and poke their chest out at a weigh in. It’s just fishing; we’re not curing cancer or lobbying for world peace. We’re catching fish. It’s supposed to be fun. It’s supposed to be an escape from everything. Not an opportunity to stroke your anemic, pathetic ego.

If you cheat, you will never be viewed the same again. Your friends will become distant, your peers will become wary and the law will catch up with you. In regards to fishing tournaments, you’re not just cheating; you’re stealing hard-earned income from honest fishermen. Money doesn’t come easy these days and the anglers from whom you steal might be working double shifts in order to afford the luxury of a little friendly weekend competition. And you’re okay with taking that money from them?

If you cheat, your days of fishing tournaments are over. You’re done. You’re blacklisted. From now on, every time you pull your rig into the boat ramp, heads will turn and eyebrows will raise. Nobody will get within 100 yards of you and if they do, it won’t be pretty. But hey, you really put a whooping on that $600 Saturday jackpot derby a few years back with pinned-up fish, so it’s totally worth it, right?

If you cheat, you stand a legitimate chance of losing your fishingâ€”and maybe huntingâ€”license for years. If it were up to me, you’d lose it for the rest of your life. Can’t get near a local boat ramp anymore and want to fly under the radar on some lesser known fisheries? Sorry, dude. You don’t have a license. You’ll be sitting at the house.

Most importantly, you will get caught if you cheat, I promise. Tournament organizations nationwide are going to unprecedented measures to ensure a fair competition for all anglers involved. Due to increased media coverage of cheating incidents, both the tournament directors and anglers know what to look for; your tactics stick out like a sore thumb to the millions of anglers who have been doing it the honest way for decades. You will be found out and prosecuted to the fullest extent of the law. We don’t take it lightly.

The overwhelming majority of tournament anglers are upstanding members of society. I, for one, refuse to allow the selfish behavior of a few misguided individuals to dissuade me from participating in future tournaments. I sincerely hope you don’t, either.

But it’s time we quit dancing around reality and get the gumption to call a spade, a spade. I’m not here to make you feel warm and fuzzy or pretend like the problem doesn’t exist. I’m not here to coddle you and give you a safe space. As best as I can through a computer, I’m talking to you eye-to-eye and man-to-man: Some may be able to forgive you if you cheat, but not a single soul will forget. Nobody cares why you did it. This is real life and dishonesty carries serious consequences, especially when hard-working outdoorsmen are involved. We might not all have fancy college degrees or millions of dollars, but we’re smart enough to know that lies are just like cockroaches; for every one you find, there are hundreds more you don’t see.

To the cheaters: Go find another hobby. We don’t want you here. Seriously, man.