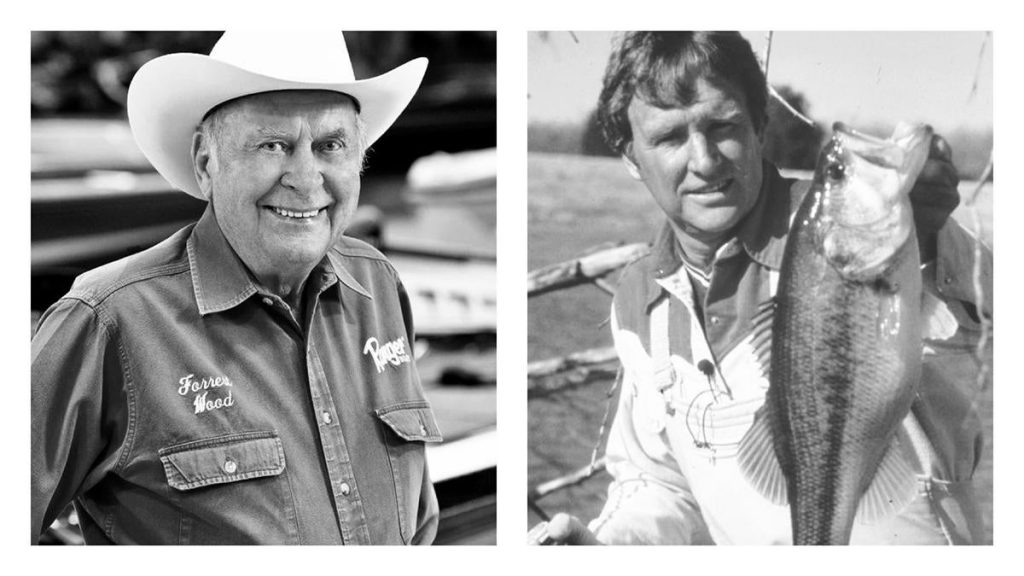 Let this question sink in a bit.

What will the world be like without you in it and how will you be remembered?

I think about that a lot and although the ink spot I created so far has been small, I hope it has been noticeable. It seems like every week someone to whom I was close leaves this earth. Maybe because I am at the age where it just happens more and maybe because we have to deal with so much more than the old days where stress plays a more significant role. Either way, it doesn’t make it any easier.

I tell folks all the time that leaving a legacy isn’t something you can predetermine or choose. You have to bust your tail every day and hope someone notices for that to occur. When a wise man leaves, who takes his place? Who tells the stories he told and who will pick up the slack? This past year or so we have lost many icons in fishing. The ones who cut the furrow, those who did the heavy lifting and those who created the industry in which I am blessed to work. It brings a tear to my eye each time it happens and I wonder who will fill those shoes. Who will say “yes” when it’s easier to say “no”?

Who will pick up the fumble and run with the ball?

I have never wanted accolades or recognition but I do want to make the space I take up to be better for those who enter it. Finding the right mix of my competitiveness with the drive to look at the big picture with doing my best is always the goal. No doubt I have mellowed but I still have the fire to make a difference. Fishing is a place where I can fuel that energy and even when fishing alone I want to win the battle against the fish. First, it was sports for me. Now it’s fishing and honestly, there are a lot of similarities between them that allows my passion to follow my desire. I want to be the best I can be but as I have gotten older, I don’t want to do that on someone else’s back. Athletics got me started and now the microcosm of the fishing industry has taken its place. I like that. I won’t be known as an athlete any longer but I will be known as a fisherman. I actually like that better.

Life is full of outdoor and sports analogies but the one that cuts the deepest to me is who will step up. Who will replace Jerry McKinnis or Forrest Wood? Who will replace Jim Bagley, Jack Davis, Bobby Ditto, Ed Chambers, Phil Marks or Ron Lindner? I worked with Tim Tucker and have been part of a couple of startups that have turned out well.

Who will see the work that needs to be done and do it without worrying about who will get the credit? That thought touches me every day. Who will be the friend who comes when the car won’t start, when there is an emergency or someone just needs a few bucks. Many will say they will but will they when put in that position? As a society we have become more “I” and less “we” and that saddens me more than I can ever convey in words or actions.

Who will tell the stories of the old days and the men and women who made this industry go? Who will write down those memories, take their place and not do things to feather their own nests but rather help a fellow man?

I have been blessed to be around all of those I mentioned above and a little of me comes from that. Those who teach sometimes don’t have to tell you they are. We learn because they have had an influence and it is what we do with that influence that makes us who we are.

I got to hang around with Matt Vincent, Bob Cobb and Anne Lewis. I was around when B.A.S.S. was born and now have seen MLF, FLW and whatever it will become given birth. I knew Mike Whitacre when he created Operation Bass and the Redman Tournament Trail and I got to see the first episode of B.A.S.S. TV when Bob Cobb narrated. My buddies are Denny Brauer, Tommy Biffle, Tommy Martin, Larry Nixon, Gary Klein, Shaw Grigsby, Bill Huntley and Bobby Murray. It’s the Jack Chancellors, the Bo Dowdens, the Bill Dances and the Hank Parkers that make it special.

I am working on an old Ranger 340V right now and not because I needed something to do but because I needed those spirits of those who put their hands on it in 1985. Every step of the way I feel their spirits. I feel their passion when they built it and I have a vision of not what it looks like now but what it can again be. It is a slow and methodical project and nothing about it is easy but this project gives me energy to do my job better at Wired2fish too. Seeing something for more than it is tells a story in itself. It’s the legacy of “Still Building Legends One at a Time”. Whether it was the rigger, the people who laid the fiberglass or the person who put the sticker on the boat their legacy means a lot to me. They may not be able to tell their story but I can and my love for this old pile of fiberglass means something. The day it gets completed and put on the water brings them all back to life. It is the glue that makes this sport special. It was the handshakes, the calls, the hugs and the smiles that I remember most and although Ranger isn’t the same company with the same leaders, the souls of those that touched these boats are still with all of us.

It’s just a little thing to some but it’s a big deal to me. The history of fishing is important because it was the people who made it. We can never forget that!