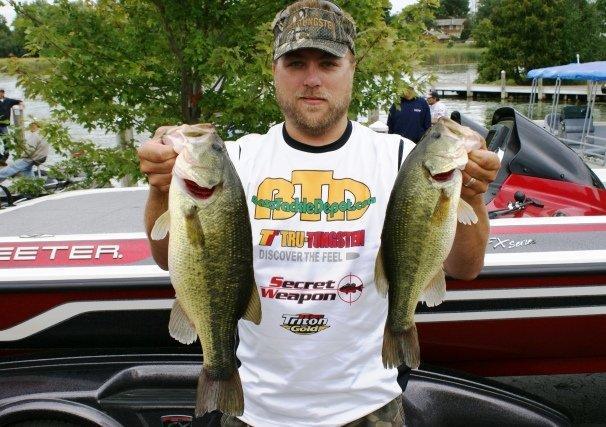 Twitter and Facebook are at the forefront of a cultural shift in society. Every day there are 20 news stories on Mashable.com about aspects of the two social networking platforms and their effects on people and society. More so than any other time in history, people are connected to each others’ lives.

Many anglers are avid users of both platforms as a way to associate with other anglers that share their same passions. It’s human nature to gravitate towards people that share common interests. Our own Facebook page is an indication of the power of social networking in fishing. Many professional anglers have adopted both technologies, and everyone is able to get closer to their favorite sports and the pros that compete in the top levels of competition as a result of these new technologies.

This weekend those social platforms took one angler from one tournament and thrust him into an unfortunate situation – namely the disqualification of the angler for tweeting during a state fishing championship.

Rich Lindgren is an avid angler, blogger and active tweeter.  He was fortunate enough to compete with his team in the Bassmaster Federation Nation Minnesota Tournament of Champions this weekend on Lake Minnetonka. In fact, he was leading the event after the first day. Lindgren fishes the Federation Nation events as a means to keep the path open for a possible shot at fishing in the arguably the most lucrative tournament opportunity for an angler, the Bassmaster Classic, a dream of his since he got into fishing.

Lindgren has blogged about his local and regional tournaments often, and he’s even tweeted during the events to allow those that follow him feel connected to the event and the fishing. At the Minnetonka event, he was catching fish early and often on day one and really enjoying the day on the lake. As he was idling a boat through a very lengthy no-wake zone with no other boats in sight, he tweeted that he caught some fish and he was looking for some good culls to increase his weight for the day.

A Federation Nation angler, not fishing in the event, saw his two or three tweets and notified the tournament director. This was on day one, yet nothing was said to Lindgren about the infraction. He weighed his fish and actually led the event going into the second day. He struggled a little on day two but still caught a decent limit and ended up finishing second in the event. After he weighed his fish, he was pulled aside by the tournament director and notified he had broken the communications rule and was subsequently disqualified from the tournament. 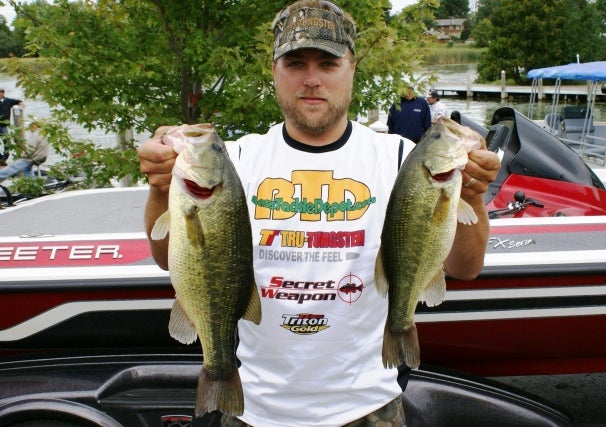 The news was a devastating blow to him individually but also to his bass club that would have won the club portion of the competition had his weight been counted towards their total. Not only did his team not win the state championship, but his road to the classic ended.

“The reason I was tweeting was because I’ve been in the habit of promoting the fishing and the tournaments that I fish to hopefully get more folks to come to the weigh-ins or participate in the sport,” Lindgren said. “I never dreamed I was breaking a rule. But I understand now that I broke the rule, and I accept that.”

What is sometimes lost is the spirit or essence of rules in sports. The spirit of the communications rule comes down from the top levels of professional fishing. Anglers often partner up and travel and practice together. Early on when cell phones first became popular, anglers would share when the fish were biting on a certain spot or on a certain bait during tournament hours. As texting became more popular, many were sending text messages with coordinates and information.

That goes against the spirit of the “individual” sport that is tournament bass fishing (team tournaments not withstanding). Understandably, they made the rule to disallow cell phone and radio usage during tournaments because it’s hard to know what someone is doing on their phone (text, calling, twittering, messaging partners during the event).

But in this case, Lindgren was not attempting to give folks in the tournament any information or gain an unfair advantage. He was merely trying to help his fans feel more connected to the event and the fishing.

“I don’t blame the tournament director,” Lindgren said. “He’s an unpaid volunteer, and I’m not blasting him.”

Several concerns, however, arise now. Twitter and other social networking platforms are being banned in more sports during competition, but should there be a fundamental shift or re-wording of the rules or should they be more concrete than they already are?

A tournament director for a fishing tournament has a thankless job. You have to make tough decisions, sometimes against people you genuinely like. Many times the decisions are based on one person’s word over another, in which there is no concrete evidence, just the word of two equal anglers who have very different stories. Not a position most would envy.

In Lindgren’s case, the other question arises about what level of penalty there is for a rules infraction. Is there a varying scale of punishment for rules infractions? If a guy breaks a small rule, generally he is DQ’ed for the day. Lindgren was DQ’ed for the whole event after the fact. Rather than at the time he broke the rule.

Who’s to know if he had been confronted on day one and his weight DQ’ed for that day that he doesn’t then catch enough the second day for his team to win the team portion of the state championship. But rather than confront the rules infraction the first day, the director opted to wait and see if he did it again on day two and waited until the second day to then disqualify Lindgren’s entire catch.

In another scenario, if an angler catches a bass in an off limits area the first day, does a tournament director then wait until the four day event is over to then DQ his whole catch, because he wants to give the angler the opportunity to continue to break the rule rather than confront the infraction. In football if a lineman holds during a touchdown play, can you imagine the ref waiting until the game was over and then saying the team had to forfit all its points because of a play that happened in the first quarter?

“The only reason I was tweeting at all was because you have so much idle time with no wake zones, and I was catching fish really well,” Lindgren said. “In most events, I’m running and gunning from spot to spot racing up and down the lake and concentrating on fishing. I don’t even think about my phone or doing updates to Twitter or Facebook. But I had a bunch of down time in this event and saw a chance to connect folks to the tournament. I thought I was doing a good thing for the tournament. But I learned a hard lesson here.”

What do you think? We would love to know what the masses think, especially those of you that might follow Rich @hellabass on Twitter and saw the updates as this unfolded.