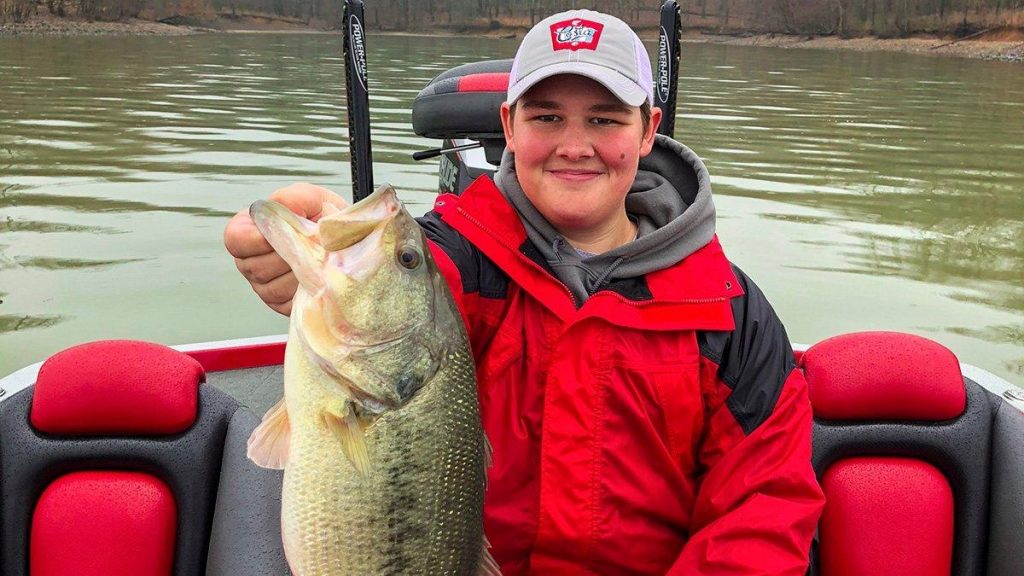 There’s a lot more younger anglers on the waters these days then I can ever remember, and I’ve been talking to a lot more young anglers about bass fishing through messaging, texts and social media as well as locally around the lake I fish. I’ve also talked to a lot of older anglers and parents of anglers, and we always seem to come back to the topic of how to bring young folks up better in bass fishing.

A lot of what fishing is geared towards at the high school and college levels focuses solely on the tournament competition. I think we’re missing building a heritage of fishing in young folks by only focusing on tournaments.

Here are 7 thoughts on how to build better anglers:

When I was a kid, getting to go to the lake was a phenomenally big deal. I would work on tackle all week after school. I would go to bed early. I would jump out of bed when my dad woke me up. It was a very big deal. And if I caught one fish, I was content for a week. Being on the water was everything. The fog. The sunrise. The cool breeze. The wildlife. And then a sole focus on putting my cast where I aimed and getting a fish to bite.

Winning a tournament is cool. But that’s mostly because it’s the culmination of hard earned experiences. I have a college friend who won a tournament recently. He fished every day between and after classes leading up to the event. He fished in the pouring down rain on some very cold days. He fished miles of the lake without a bite. He fished past dark and before sunrise some days. The day of the tournament, he caught a huge limit of bass and won easily. But the win was rewarding on a whole different level because of how it was earned through those experiences. 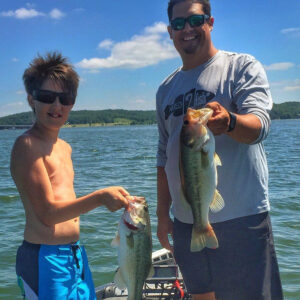 In today’s world of bass fishing, dock talk through social media makes it easy to keep up with who is catching what. That’s a blessing and a curse. It’s nice to know when the bite is firing up. But it also can distract you from going fishing and using your learned toolset to figure out the fish.

I find more kids know a lot about certain techniques that are popular on certain lake, but can’t flip to a target in 25 tries. They can bomb casts 50 yards out into open water. But they can’t roll cast a spinnerbait to a piece of cover 10 feet away. They know how to cast a baitcaster, but they haven’t learned to feel the change in a crankbait when it’s wobble or wiggle has the water taken off of it by a fish. They can fish down a bank but still can’t read the cover for obvious ambush points and irregularities.

I sometimes worry that with a focus just on performing well in tournaments, we’re short-changing kids learning of bass fishing. I don’t like that some parents go out and hunt schools of fish for kids and then tell them exactly what to throw and where to cast to catch them. That might yield short term success but ultimately robs from the bigger payoff.

Don’t forget etiquette on the water

I vividly remember my father chasing down someone who drove between us and the bank one time to explain to them what they did wrong. My father could be a daunting individual when he was fired up. I can remember this being the first time I ever saw another grown man afraid. But I also remember being shocked as a kid that a boat ran wide open between us and the bank with less than 20 feet to spare. Nevermind how dangerous it was, as it nearly swamped our boat, it was just plain rude. I got it at 14 years old. Why didn’t he?

I’m not advocating running down every distracted and otherwise oblivious boater on the lake. But we need to be doing what we can to make sure the younger generation of anglers we’re influencing aren’t the ones running between an angler and the bank, running over an offshore spot another boat is casting towards, or shutting down on top of boat already fishing a spot.

Instead of telling younger anglers exactly what to do. Engage them in discussions that challenge them to give you their strategy and decisions on the water. I don’t want another angler to tell me exactly where and how they caught them. But rather generalities or specifics about the situations and how they decided to fish those and the commonalities we might share.

I think that helps build the most important character trait you can build in an anglerâ€”confidence. Anglers will always second guess themselves at times, but learning to read the conditions and adapt presentations and approaches are the fine lines in bass fishing.

I texted back and forth with high school angler Nate Steele this past week before a tournament. We didn’t chat as much about specifics on lures and locations as much as the conditions and seasonal tendencies and how things might change on Saturday for the BFL tournament. It was refreshing to hear his approach and to also hear that he values every day on the water just for the experience of it. They are all good days in his book. Even the days you don’t have anything to weigh.

Confidence is born through experiences and figuring out patterns and tendencies. When it starts clicking, you will learn to trust your gut when it says to put down that spinnerbait and pick up that skirted jig, or to scrap the deep bite and go hunting shallow.

I wish more high school fishing clubs had days on the water that were not tournament focused. It would be cool if a bunch of boats would show up on a lake and just go spend the day taking the kids fishing rather than competing. I do think tournament fishing has led to more anglers fishing with their parents, relatives and other good anglers who will take them to practice and in tournaments for sure. And that time is invaluable for everyone.

But still part of me wishes more time was spent sharing the experience of being on the water without being under the pressure of performing against peers. My college accounting professor said to me, “If you want to get an A in my class, you need to spend 3 hours on homework for every hour you are in class.”

I reckon bass fishing is a lot like that. If you want to catch them for 8 hours in a tournament, you better spend 24 hours on the water. 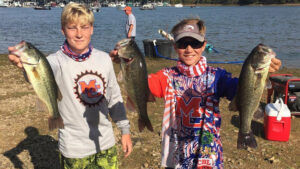 I try to support our local high school teams. I share a lot of the products I get from the good people in fishing with local teams. I’m speaking to a high school fishing team next week. I really enjoy talking fishing back and forth with anglers. I love that some of these kids are eat up with it more than I probably was at their age. I know a couple young anglers that my son goes to school with that try to be on the water nearly every day just walking the bank on some part of the lake.

Those will be the guys you have to watch out for in a few years around here.

To those kids I would share a story I heard tonight in the hotel lobby at the Bassmaster Classic. A group of anglers from California sporting Ripp’N Lipps hoodies said hello to us in the lobby while we were hanging out after dinner. They travelled all the way to South Carolina because they all fished with Mark Daniels Jr. in their bass club out on Clear Lake and the California Delta.

They told us a story of when Mark Daniels’ father dropped him off for a tournament when he was 12 years old on the California Delta, and Mark caught 18 pounds to finish second. He was standing at the weigh-in with 40 or 50 grown men, and they said he was steaming. He wasn’t even happy about second place against a bunch of grown men. They said he was fuming because he had lost a 5-pounder that would have won him the tournament. Second place wasn’t even a consolation.

The next weekend, his dad dropped him off again, and he won the tournament easily. Those guys all said he had that passion for bass fishing at age 12, and now they’ve come full circle, bass fishing their whole lives, to see him compete at the Bassmaster Classic as a professional at the apex of tournament bass fishing. 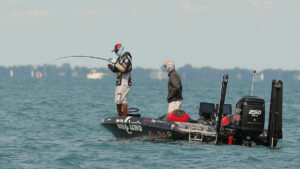