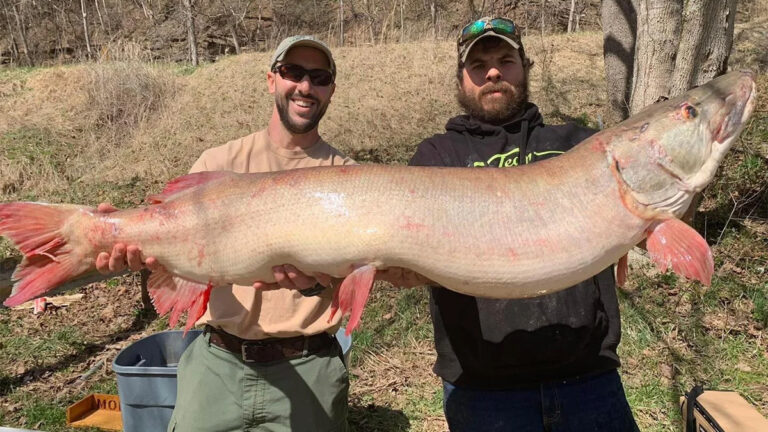 On Saturday, March 19, Lucas King of Burnsville, West Virginia, caught and released a new state record musky. He was fishing from the bank of the Little Kanawha River at a WV Division of Natural Resources (WVDNR) public access site in the tailwater section of Burnsville Dam in Braxton County. The musky was caught using 6″ glide bait.

Anglers who believe they may have caught a state record fish should check the current records in the fishing regulations at wvdnr.gov. Procedures for reporting a record catch also are included in the regulations.